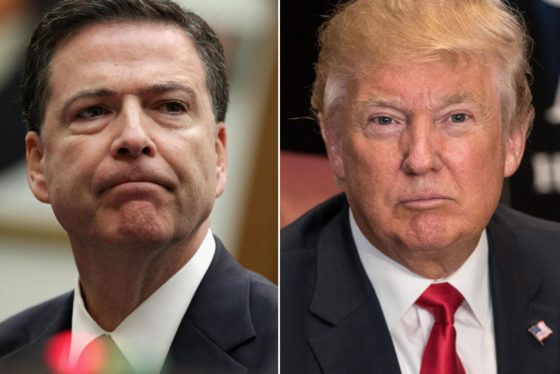 The Russia-gate scandal means big ratings for the media. For the American people, it means the likelihood of more terrorist attacks. It stands to reason that all of the money, resources and personnel that are being used to investigate President Donald Trump could be used elsewhere, such as rooting out the corruption in the intelligence community that has prevented the United States from identifying and defeating the Islamic terrorist threat.

We are currently being treated to the spectacle of two former FBI directors, one of them a special counsel, seemingly determined to take down the President of the United States because he wanted to apply the brakes to a useless probe into a phony scandal.

President Trump, trying to do the job he was elected to do, is now saying publicly what was known for years under President Obama—that the Middle East nation of Qatar is a funder and sponsor of terrorism. In what can accurately be called a real scandal, the Obama administration made Qatar into a phony friend of the United States and supposedly a base of expanded U.S. military operations against terrorism.

As we were reporting over six years ago, Qatar is a Middle East dictatorship that funds and sponsors the terror channel Al-Jazeera, whose American operations were made possible by Al Gore and his liberal friends. Qatar also has links to al Qaeda. We reported on a U.S.-Islamic World Forum in Washington, D.C. that was “held in partnership” with Qatar and was co-sponsored by the liberal Brookings Institution, headed by former Clinton State Department official Strobe Talbott.  Then-Secretary of State Hillary Clinton was a speaker at the event, and the official program guide for the conference featured greetings from President Obama.

All of this occurred in spite of the fact that the 9/11 commission had demonstrated (page 90) that Qatar has been protecting terrorists, including the mastermind of 9/11, Khalid Sheikh Mohammed.

In a bold display of truth-telling, President Trump said on Friday that “The nation of Qatar, unfortunately, has historically been a funder of terrorism at a very high level,” and that “the time had come to call on Qatar to end its funding…” This kind of brutal honesty is what is desperately needed to come to grips with the nature and origins of current Islamic terrorism.

The Trump administration can now go further by exposing Qatar’s extensive American contacts in politics, the media and academia. Such exposure would reveal the names of the Clintons, American universities, U.S. think tanks like Brookings, and major media figures. These are the people, organizations, and institutions which were working with the Obama administration and Qatar to sponsor Islamist and anti-American revolutions in the Middle East.

What’s at stake, writes Caroline Glick, Deputy Managing Editor of The Jerusalem Post, is a reversal of Obama’s “strategic goal of reorienting U.S. Middle East policy away from its traditional Sunni allies and Israel toward Iran and its allies in Qatar and Turkey…”

Glick’s column examining Qatar’s support for terrorism, its extensive American connections, and why Trump is correct to focus critical attention on the regime, is must-reading.

Yet, at this juncture, with the stakes so high, two of the FBI’s former directors are trying to bring down the President who wants to stop the financing of terrorism, save American lives, and undermine the Russian-backed Iranian regime’s expansion in the region.

While the Russia-gate scandal continues, with saturation coverage, the fact is that Trump’s new policy on Qatar could be a major setback for both Iran and Russia in the Middle East. If Trump’s policy is successful and the Sunni Arab states force Qatar to pull back from its embrace of Iran and terrorism, Glick notes that it would “constitute the single largest blow the regime in Tehran has absorbed in recent memory.” Among other things, she notes, “Qatar serves as Iran’s banker and diplomatic proxy.”

The fate of the West, including Israel, may hinge on Trump remaining in office and pulling off a major realignment and reversal of Obama’s policy in the Middle East.

Another blow to the terrorists would be for the Trump administration to designate the Muslim Brotherhood, which is backed by Qatar and effectively controls Al-Jazeera, as a Foreign Terrorist Organization (FTO). Hearings on this matter, in the form of legislation, could also go a long way toward exposing Obama administration complicity with terrorist regimes and movements.

We at Accuracy in Media called Al-Jazeera “Terror Television” and have urged investigations into its operations for years.

In a 2008 column, “Al-Jazeera for Obama,” we also noted that the channel had promoted Barack Obama’s candidacy for the presidency, and that one of its reporters actually contributed financially to the Obama campaign.

That seemed like foreign meddling in a U.S. election. At that time, however, President Obama welcomed it.

It is interesting how Russia-gate has moved the focus away from Obama’s disastrous anti-American and pro-terrorism policy in the Middle East. Is that an accident? And why would former FBI directors James Comey and Robert Mueller go along with such a ploy? Do they have something to hide?

Coming up in part two: The FBI’s Pathetic Track Record on Terrorism

Is a close association with the Communist Party USA compatible with service on the House Armed Services Committee? Should a congressman charged with overseeing some of America’s most valuable defense capabilities be mixing with members of a political organization closely allied with some of America’s most dangerous enemies?

If the answer is “No,” then Rep. Joe Courtney, D, Conn., should have to answer some questions.

Congressman Courtney is a high-powered member of the House Armed Services Committee.

Rep. Joe Courtney “is a ranking member of the Seapower and Projection Forces subcommittee, which has a broad oversight portfolio including Navy acquisition and shipbuilding programs, deep strike bombers, cargo and airlift platforms, as well as security-related aspects of our domestic maritime industry. He also serves on the Readiness subcommittee, which oversees military installations, training, energy and environmental programs, and civilian personnel policy.”

Should a man charged with such key responsibilities be in any way involved with communist organizations?

According to Washington, D.C., law firm Burnham and Gorokhov, PLLC:

“… a person can be disqualified [from gaining a security clearance] for any conduct that calls his or her allegiance into question. Disqualifying conditions include exhibiting sympathy for an enemy organization (e.g., al-Qaida), participating in certain organizations (e.g., the Communist Party), or advocating for the overthrow of the U.S. government.”

Many readers have likely experienced some form of grueling “security clearance” procedure, which continues to be required for many federal government positions. A known association with a subversive organization would normally result in the denial of a security clearance – so why is this not a problem for Rep. Joe Courtney?

Fortunately for many on Capitol Hill, members of Congress require no security clearance whatsoever to serve on the most critical and sensitive congressional committees. Not the Intelligence Committee, not the Homeland Security Committee and certainly not the Armed Services Committee.

All senior military officers are security checked, but the elected officials who oversee them require nothing. Zero. Zip.

Could your congressman pass an FBI security check? Learn the disturbing truth in Trevor Loudon’s documentary “The Enemies Within.”

Enemies of America are undoubtedly aware of and exploiting this “loophole.” The most powerful legislators in the world, with access to sensitive information and the ability to influence national and international policy at the highest levels, have ZERO security scrutiny.

What could possibly go wrong?

For several years, Rep. Courtney has worked closely with the Connecticut Alliance for Retired Americans (CARA), a known and established front for the Communist Party USA.

CARA, along with the Communist Party USA-infiltrated “Connecticut Working Families Party,” has endorsed Joe Courtney every two years since 2008.

Rep. Courtney has attended many CARA events over several years. Rep. Courtney does not shy away from contact with CARA, even though he almost certainly knows it is Communist-controlled. Rep. Courtney certainly does not shy away from these people, although they are well known locally as Communist Party members and supporters. Those who might dismiss today’s Communist Party USA, as a harmless shadow of its former self would be very much mistaken. The 5,000-member-strong party maintains strong ties to China, Cuba, Venezuela and Vietnam.

Even more disturbingly, the Communist Party USA is closely connected to the Communist Party of the Russian Federation, Russia’s second-largest political party, which is very much in sync with Vladimir Putin on foreign-policy issues that are staunchly anti-American.

The Connecticut branch of the Communist Party USA has a route to Moscow through Al Marder, a local member since at least 1952. Marder is a leading official of the still highly influential World Peace Council, once the Soviet Union’s largest and most important international front organization. He is a regular guest at high-level international communist gatherings.

In June 2015, Al Marder, a World War II veteran, was in Moscow helping to celebrate the 70th anniversary of the “Victory over Fascism.” In between meetings and radio interviews, Marder addressed a large Communist Party of the Russian Federation rally in downtown Moscow. At the rally’s end, a fellow speaker was so moved, he came forward to embrace comrade Marder with a heartfelt hug.

That “hugger” was none other than Gennady Zyuganov, leader of the Russian Communist Party.

There are but a few degrees of separation between Rep. Joe Courtney and the leadership of the most dangerous military power currently opposing the United States.

At the very least, Rep. Courtney is guilty of extremely poor judgment. Would a low-ranking military officer be awarded a security clearance for higher office if he had similar connections to an anti-American subversive organization?

Given the well-known track record of Communist Party USA espionage and the aggressive methods used by Russian military intelligence to entangle those it wants to suborn, should America take any more risks with Joe Courtney?

America’s national security is too important to treat so lightly.

Rep. Courtney should be asked to explain himself. Or he should resign from the Armed Services Committee – and Congress – immediately.