In some regards, yesterday was a quiet day. Oil slipped on concerns of a continuing supply glut, the NASDAQ fell about 0.50% while the Dow was essentially unchanged.

Is the NASDAQ topping out? The recent volatility may suggest a peak has been achieved. Typically, a stock/sector reaches an intermediate apex when there is a violent recovery following a moderate selloff. If a pattern of lower highs and lower lows occur, then the odds of a prolonged period of underperformance increases.

Regarding oil, oil is now in a bear market falling about 21% from its highest close for the year, on February 24th at $54.45/barrel. The vast majority of the decline has occurred since May 25th or the date that OPEC extended its production cuts until March 2018. 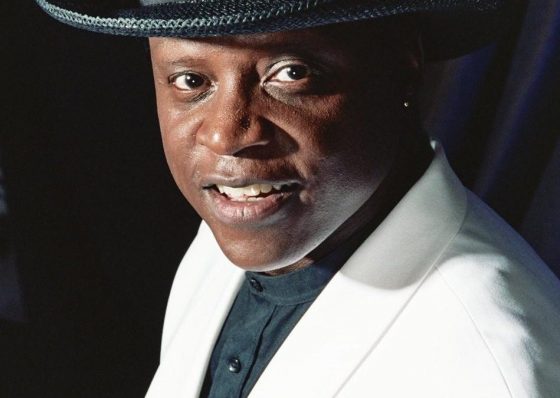 In response to a radicalized Leftist domestic terrorist shooting Republicans at a baseball practice, fake news media said both sides of the political aisle are guilty of inciting violence and should tone down their rhetoric. Disturbingly, in an attempt to sound bipartisan, conservative voices are parroting fake news media’s lie.

This both-sides-are-guilty-lie offends me folks. I have been a black Tea Party activist since 2009; spoken and performed my “American Tea Party Anthem” https://youtu.be/q1byTDgu7iA at over 500 rallies on 14 nationwide bus tours.

Never, I repeat never, have I witnessed language inciting violence coming from the stage or spoken in the crowds. The attendees were hard working salt-of-the-earth Americans. Many of them voted for Obama, but did not vote for him to drive us down the road to socialism.

As a matter of fact, rally organizers were extremely sensitive not to take our disagreement with the president too far. While performing on stage at a rally, I spotted a gentleman in the audience wearing an Obama vampire mask. I thought it was funny and pulled the guy on stage. Immediately, rally management escorted the guy off the stage and later reprimanded me.

While black attendance at Tea Party rallies grew over the years, in the beginning my black face was rare. Attendees repeatedly apologized to me explaining that they opposed Obama’s agenda and not his skin color. Bottom line, Tea Party attendees were good people who loved their country. They simply were opposed to Obama’s vow to fundamentally transform America away from her divinely inspired founding.

And yet, for 8 years, fake news media successfully branded the Tea Party the new KKK in the minds of low-info-voters.

In life there are good guys and bad guys. As a kid, I babysat my siblings after school until mom and dad came home from work. Jerry played in our bedroom building things. Just to be annoying, David would break whatever Jerry built which led to them fighting. Hearing mom’s key in the front door, they would greet her pleading their case. Tired, mom would punish both boys for fighting. I’d say, “But mom that is not fair. Jerry was minding his own business. David is the bad guy.”

Leftists are the bad guys who relentlessly spew hate 24/7, generating violence upon the America flag, whites, cops, Republicans, Conservatives, the rich, achievers and Trump supporters. Trust me folks, conservatives simply do not do that. For 8 years, the GOP was for the most part silent; submissive to fake news media’s ruling that negative comments and opposing Obama was racist.

Leftists’ radicalization begins as early as preschool. Public schools teach white kids that they are born racist, that they owe blacks and they should feel guilty because of their “white privilege”. http://bit.ly/2sBnFh5

Black students are taught white Americans are instinctively racist, the deck is stacked against them and cops murder them practically on sight. Remember Democrats’ despicable ad telling blacks to vote or buy bulletproof vests for their kids to protect them from racist cops? http://bit.ly/2tbHrgi

For far too long, anti-American 1960’s old hippies have dominated public education, teaching our kids that patriotism is racist and America is the greatest source of evil on the planet. http://bit.ly/2sHKjny

It is not the nature of conservatives to disrespect our laws. Leftists routinely protest outside of the law, cuss-out and physically attack anyone who disagrees with them. http://bit.ly/2aWycvp

As a seasoned black Conservative activist, it has been my experience that our side desires equal rights for all Americans. We conduct orderly respectful protests, leaving rally sites cleaner than we found them. To divide Americans into angry voting blocs, Democrats tell women, homosexuals, minorities and underachievers that they are victims of America. At Leftist protest events, they f-bomb Trump from the stage http://bit.ly/2tbdjBz and routinely destroy private property. They typically leave mountains of trash after inciting their attendees to commit violence. Leftists outrageously marched on a NY street chanting, “What do we want? Dead cops! When do we want them? Now!” http://bit.ly/2bHu0gp Conservatives could never conceive of doing such an evil thing. That is not how our side rolls.

It is foolish for Conservatives to nod in agreement with Leftists that say both sides are guilty of inciting violence and must modify their tone. This lie is another case of Leftists exploiting a tragedy to demonize and silence conservative speech. Conservatives must continue fearlessly telling the truth in love to educate low-info-voters and help Trump make America great again.