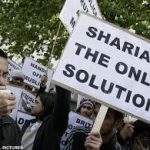 Throughout the modern history of Egypt, Copts have been pressured by the Islamic state to become Arab – to assume the Arab-Muslim identity.

Westerners dealing with global jihad can heed a warning through examination of the struggles of one of the longest surviving and largest remaining Christian minority populations in a jihadi nation. We see that Islam in the majority is never satisfied until the minority is subsumed entirely by its religious-political system, which includes the Arab/Muslim heritage.

Covert jihad quietly undercuts the values, principles and customs of non-Muslim cultures through the legislative process, justice system and sometimes brute force. This goes on in Egypt where discriminatory laws, customs and built-in biases deny equal access and block minorities from political power.

Recently, a bill was proposed in Congress to regulate the civil status of newborn babies by assigning strict guidelines to parents choosing a given name. Consistent with the 2014 Sharia-leaning constitution, the proposal is in line with a current law (Article of Law No. 143) enacted in 1994 and derived from Egypt’s now defunct 1971 constitution (Sadat’s era).

The former 1971 constitution mandates that “your given name at birth must not offend Allah and His Sharia.” Since the roots of Sharia are found in Saudi Arabia, the birthplace of Islam, Egyptian Muslims are proud to be Arab or proud to assume an Arab identity and heritage. So when it comes to Islamic methods of Islamizing the nation, Arabizing is an automatic component. This clause from the former constitution has been lying in wait for just the right moment to pounce onto the people.

It is not surprising then that the Egyptian Parliament which hasn’t quite gotten around to addressing any of the country’s major problems — poverty, inflation, illiteracy, unemployment, organ harvesting, domestic terrorism, and kidnapping/sex trafficking — would think it time to tackle the critical issue of naming newborns.

The bill was presented by MP Badeer Abd El Aziz to the House of Representatives Committee on Suggestions and Complaints proposing a law opposing parents who alienate their newborns by giving them foreign or phony names, i.e., names of non-Arab/Saudi Arabian origin. This indicates that a Christian name like George or Demiana or an Egyptian name like Ramses or Isis would be called into question and most likely rejected as illegal.

From the time of Arab-Muslim conquest and occupation, Egypt’s Copts have had to protect their religion and work to preserve a separate and distinct identity — a language, culture and ancestry rooted in Egypt’s ancient past. Egyptians are Copts when their ancestry can be traced back to ancient Egypt not to Saudi Arabia like the Muslim majority of Egypt, and their religion is Christian. Although industrious, entrepreneurial, hard-working and heavily-taxed members of society, the indigenous Copts are under threat of being swallowed up by the prevailing culture’s aims to absorb every single person under the umbrella of Arab-Muslim.

Throughout the modern history of Egypt, Copts have been pressured by the Islamic state to become Arab – to assume the Arab-Muslim identity. Blend in and take on the Muslim religion and culture. In many ways Copts have. Egypt’s inclination toward an Arab identity became obvious when Nasser renamed Egypt from Kingdom of Egypt to the Republic of Egypt and six years later changed it again to United Arab Republic. To outdo Nasser, Sadat then renamed the country Arab Republic of Egypt, which remains today.

The absurdity of the proposed law was reflected in the negative reaction of the exasperated Coptic Bishop Rafael (Secretary of the Holy Synod) commenting in social media, “I do not understand what foreign names mean. Is my name considered foreign? Are names like Mina Ahmose and Isis considered foreign? Will the priests be named Arab names such as Abu Ali and Abu Bakr?” The bill included a maximum penalty of 2,000 Egyptian pounds and maximum six months jail time for the offending parents.

Egyptian Copts find the whole matter repugnant and are forced to cope with another attempt to chip away at their identity, no matter how insistent El Aziz has been to the contrary. When challenged by both the church and fellow MP’s, El Aziz backed-peddled, stating that the law was meant for Muslims only. But how could it be? Laws and penalties in Egypt are not separated for different populations but apply to all citizens; the laws are based on Sharia law which infuses the French civil and criminal court systems adopted under French occupation. Article 2 of Egypt’s present 2014 constitution proves this with one clause, “Sharia is the main source of legislation.”

With this clause, the 2014 constitution paves the way for a total Islamic Sharia state no matter how hopeful the country is or ever was for democratic reforms after the uprising of June 30, 2013. El Aziz’s stated purpose is the return to Arabic-Islamic origins — an important Islamic-Sharia principle for Muslims – but it pertains to all citizens when Egypt’s current constitution ultimately justifies his goals.

The thin veneer of liberal democracy and human rights presented in Egypt is a modern-day “nuisance” hindering Islamization of the country. Why does this impediment exist? Egypt’s ruling class clings to this façade. After all, the world must never surmise Egypt’s deep desire to emulate Saudi Arabia!

Alas, the effort made by El Aziz was blatant and exposed the intentions of the Islamic majority to acquire gains for a Sharia eventuality. Because it lacked the subtlety necessary to hide behind, member support was not with him. The bill burned on a pyre. Rest assured, a Phoenix will rise up from its ashes when the country is focused on another terror attack — overt and covert jihad working in tandem.

Applying to Muslims in any geographical location on earth and carrying with it the intent to overturn legal systems, the Sharia is a growing body of laws composed of regulations derived from the Quran, Hadiths and Sera – the Islamic books – along with the edicts accumulated throughout the years (and years to come) in answers by imams to everyday questions from Muslims about very personal items, social manners and private matters. Penalties are included.

Essentially, these volumes amount to a tyrannical control system governing over the most trivial matters of life. For decades, Egypt has been advancing toward full-blown Sharia governance. Its hesitancy to clinch this achievement has more to do with geo-politics than the political will inside this Islamic state.

Is a great rotation at hand? Since the June 8 House repeal of Dodd Frank, a major rotation may be in its nascent stages. Yesterday, I commented about the volatility in the NASDAQ 100 since the repeal, the greatest volatility as compared to the market since 2002, commenting the average NASDAQ stock is down about 12% from its annual highs and 15% of its members are in a bear market—defined as a decline of more than 20% from its annual highs.

Yesterday’s WSJ expanded on this potential rotation. The Journal wrote the typical close relationship between the Dow Jones and the S & P 500 has broken down stating the 20-day correlation between these two major yardsticks fell to 0.47 or the lowest since 2003.

The Journal writes the major difference in composition between the Dow Jones and the S & P 500 is that the Dow is price weighted, meaning that companies with the highest stock prices carry the most sway. According to Dow Jones, Goldman trades around $225 share, representing its biggest holding. Industrial stocks account for one fifth of the Dow.

Contrasting the Dow Jones composition to that of the S & P 500, which ranks stock by market value, Apple is the largest company in the world and is the S & P 500’s biggest holding. Goldman is ranked 52nd according to the WSJ.

The Journal finally writes the 20-day correlation between the Dow and the tech heavy NASDAQ composite is a minus 0.45, the weakest since 2001. This means the two averages are moving in opposite directions. Over the past 15 years, these two benchmarks have a correlation of 0.83.

Many times I have commented about the unbalanced markets, the result of the massive proliferation of capitalization based ETFs and HFTs. I further postulated a disparity between the performance of “value stocks” and the largest momentum growth technology stock could develop, defined as value outperforming technology for the first time in many years.

Twenty days do not make a trend, but a major reason for the recent divergence between value and growth is surging financials, the result of the House’s repeal of Dodd Frank.

Financials account for the lowest percentage capitalization of the S & P 500 in at least 15 years. Oil is the lowest since 2000. Will the divergence continue?

I believe it will be dependent upon earnings. Some of the largest financials report profits this week.

Historically the outperformance of financials indicate an accelerating economy (A strong economy increases the likelihood of loan repayment). Is the recent bout of weakness in the Treasury market confirming the possible acceleration? One month ago, the 10-year was at its annual low yield of around 2.10% with many pontificating a “one handle” is all but a certainty. Today, the yield is about 2.40%.

The newswires are filled with stories about the death of macro investing, a strategy based upon a geopolitical and macroeconomic thesis, replaced by passive indexing and ETFs. This death process commenced about 12 years ago with the advent of ETFs, accelerated by the 2008-09 financial crisis, had a short reprieve from 2011-2013, but went into a spiral following the full implementation of Dodd Frank in September 2014.

Perhaps a Bloomberg graph illustrates the outsize impact that ETFs or capitalization weighted passive investment strategy has had upon assets in the market. In 2004, the amount was insignificant. Today there is over $3 trillion in ETFs.

Many years ago, the equivalent of the Warren Buffet of that era once commented when everyone is doing something, an end is near. Mr. Bessemer also stated passive investment outperformance does not last forever, for if it does, all would be very wealthy.

The Dow should open nominally lower ahead of the commencement of second quarter earnings and Yellen’s congressional testimony about the economy later in the week. The 10-year is off 2/32 to yield 2.38%.