By: Brian McNicoll | Accuracy in Media 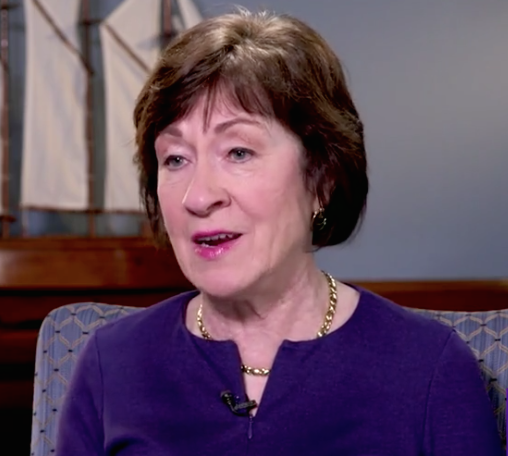 On the left, it’s been one big high-five in recent days.

Obamacare is failing. Many states are down to one insurer, and some soon may have none. Premiums are increasing at double-digit rates. Enforcement mechanisms have been abandoned, meaning the death spiral is fully operational and the system will fail in time no matter what.

But Republicans in the Senate have failed to get a measure to repeal and replace Obamacare over the finish line. The cast of characters and the grounds for opposition have changed throughout the process, but the result has been the same every time – close, but no cigar.

After his final legislative effort fell apart, Sen. Mitch McConnell, R-Ky., the majority leader, said he would bring legislation to the floor that would repeal Obamacare in two years but did not lay out a replacement.

Three Republicans – all viewed as moderates, all from states with large and struggling rural populations, all with reasons to be wary of sudden cuts to services – voted against it.

Only little was said about how these factors merged to make those three particular senators the first to oppose the measure. The leftist media, which sees things only through its sexist, racist, misogynist filter, drew another similarity among the three senators – they’re all women.

“Republicans thought nothing of drafting their health care repeal plan with zero input from women, including those in their own party,” blared a story on the Shareblue website that celebrated the defections of Sen. Susan Collins, R-Maine, Shelley Moore Capito, R-WVa., and Lisa Murkowski, R-Alaska. “Now those women are having their say, and it’s a simple one: ‘No.’”

Good of the country and past voting records of those senators notwithstanding, if we don’t have sufficient women in the room when legislation is developed, that legislation is ipso facto bad and must be rejected. And thank goodness the rotting corpse that is Obamacare remains in place with no immediate prospect of relief from the party that has promised for seven years to rid us of this disaster. Because, hey, women’s rights.

But if you can make your way past the rampant sexism and misogyny of the lead of the story, we reach some genuine confusion over the proper role of government.

“Someone ought to tell Trump that part of being president is, in fact, “owning it” when your own party decides to tear down a crucial element of the fabric of our society,” Alison Parker, who bills herself as a reproductive rights and LGBTQ activist, states.

Never mind that the crucial element is a colossal failure, that it has “served” fewer than a half-million Americans but locked hundreds of millions more into a contract to pay for state Medicaid expansion that is simply unaffordable.

To Vice-President Pence’s statement that it is time for Congress to “do their job,’ Parker treats us to a brief lecture on how Pence and Trump are “sorely mistaken about what it means for the government to “do their job.”

“The job of the government – of the president, vice president, and Congress – is to serve the people, to protect and provide for them, and to pass laws that improve their lives,” Parker writes. “Repealing the Affordable Care Act and replacing it with nothing would harm millions of lives.”

Obviously, Alison Parker has spent more time advocating for reproductive rights and LGBTQ “rights” than studying the Constitution. Because it is not government’s job to “provide” for the people. The people, in a free society, are supposed to provide for themselves.

It is not to “pass laws that improve their lives.” First of all, Parker’s idea of what would improve our lives and those of most Americans probably differ rather substantially. The reason Republican inaction on repeal of Obamacare is so puzzling is because there are so few arguments remaining to keep it.

And secondly, the role of government is to protect the rights to life, liberty and the pursuit of happiness. It has no charge to guarantee happiness or success or to pass laws that “provide” for the people or “improve their lives.”

Finally, Parker tells us McConnell, Trump and Pence “may not care” about all those ruined lives that would result from Obamacare repeal.

“But thankfully, the women in their party who were not invited to the drafting sessions do care, and they’re putting that concern, and the country, over party.”

That’s not what any of the three senators said. All laid out comprehensive answers that differed significantly. But none of them mentioned sexism. None of them said they voted against it because women were not in the room.

Alison Parker made that part up out of whole cloth. Because that’s how liberals see the world and that’s how they choose to respond.