At one point in the distant past of the Interwebs, Snopes.com was taken seriously as a leading de-bunker of urban myths.

As the years went by, its founders — a once-married couple named David and Barbara Mikkelson — decided to drift into political commentary. As their site grew, they hired an openly partisan, left-wing blogger named Kim Lacapria.

Lacapria had earlier declared herself “openly left-leaning” and very liberal. She has tarred conservatives as “teahadists” who “fear female agency”.

After joining Snopes, Lacapria quickly found herself and the site embroiled in controversy as her various posts read like Democrat op-eds and not any sort of fact-checking.

The Mikkelsons themselves are an interesting pair. They divorced in 2014, but appear to be engaged in a vicious battle over their assets. One court document accuses David of “raiding the corporate business Bardav bank account for his personal use… [which] he expended upon himself and the prostitutes he hired.”

Well, as you might expect from an organization this well-run…

…Snopes “is now in danger of closing its doors” and has been forced to hold a fundraising campaign (link intentionally omitted).

In the letter David Mikkelson wrote describing the reason for the campaign, he admits that the company has lost control of its own website and says it’s being held “hostage” by a vendor it outsourced various services to.

That’s a big deal. In fact, Mikkelson implies that the vendor could create, alter and delete any site contents it wants to. Thus far, he claims that hasn’t happened. 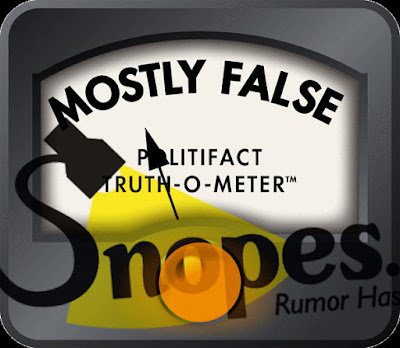 Snopes.com, which began as a small one-person effort in 1994 and has since become one of the Internet’s oldest and most popular fact-checking sites, is in danger of closing its doors. So, for the first time in our history, we are turning to you, our readership, for help.

Since our inception, we have always been a self-sustaining site that provides a free service to the online world: we’ve had no sponsors, no outside investors or funding, and no source of revenue other than that provided by online advertising. Unfortunately, we have been cut off from our historic source of advertising income.

We had previously contracted with an outside vendor to provide certain services for Snopes.com. That contractual relationship ended earlier this year, but the vendor will not acknowledge the change in contractual status and continues to essentially hold the Snopes.com web site hostage. Although we maintain editorial control (for now), the vendor will not relinquish the site’s hosting to our control, so we cannot modify the site, develop it, or — most crucially — place advertising on it. The vendor continues to insert their own ads and has been withholding the advertising revenue from us.

Our legal team is fighting hard for us, but, having been cut off from all revenue, we are facing the prospect of having no financial means to continue operating the site and paying our staff (not to mention covering our legal fees) in the meanwhile.

As misinformation has increasingly threatened democracies around the world (including our own), Snopes.com has stood in the forefront of fighting for truth and dispelling misinformation online…

The fact that Snopes says it has lost control of its site renders its already tenuous hold on the fact-checking business meaningless.

Snopes should be removed from any fact arbitration services from Facebook and Google until it can reclaim control of its site.

Meanwhile, those interested in all of the legal back-and-forth between the parties can grab some popcorn and enjoy.

In the time period of 2007-2008, two journalists — Trevor Loudon, a blogger from New Zealand, and America’s Survival President Cliff Kincaid — tried to interest the public and the media in the story of their lifetimes. It was how a first-term largely unknown Senator from Illinois was a covert communist with backing from Russia who was poised to win the presidency of the United States. But the story of Obama’s Marxist revolution — the “fundamental transformation” of the United States — does not end there. Kincaid, Loudon and their co-authors, including a former Intelligence Community insider, also examine Obama’s on-going effort to organize “resistance” on a national and global level to President Donald J. Trump. This important book, available from Amazon.com, looks at Obama’s financial master George Soros, Obama’s Catholic training and links to the Vatican and Colombian narco-terrorists, and even how the Obama Administration has created a marijuana counter-culture within U.S. borders. One explosive chapter looks at Obama’s inspiration, South African President Nelson Mandela, who was exposed as a secret member of the South African Communist Party after his death. America’s intelligence community, Kincaid argues in the book, must be retrained in the art of detecting subversion and preventing communist-inspired and radical Islamist violence. He says they failed to warn America in 2008 that Obama was a Marxist who couldn’t pass a basic background security check. 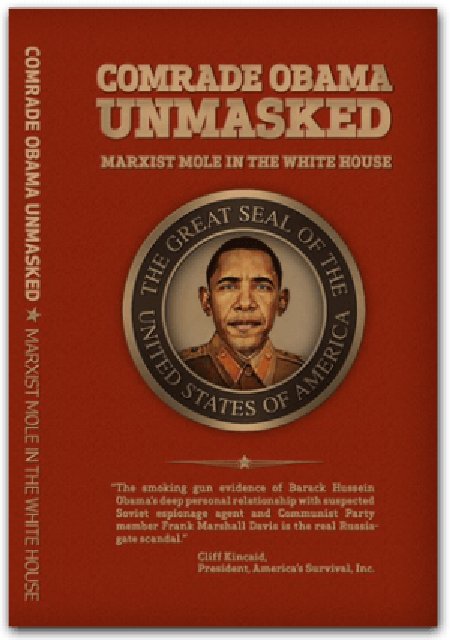