At least there is a FARA filing.

Qatar is a hub for harboring terrorists and funding terror organizations. Recently, Gulf States with Saudi Arabia in the lead have isolated Qatar for these exact reasons.

Yesterday, this site published an article about the historical details of Qatar’s relationship with manifesting global terror.

Avenue Strategies was founded by former Trump campaign advisor Corey Lewandowski. The first clients were Citgo and Puerto Rico were among their first clients. He has since left the company, but the placeholder remaining are opportunists that apparently are dismissing the terror facts for money in their own pockets. Citgo is headquartered in Houston, Texas, but is “owned by the leftist government of Venezuela.” Citgo took out a loan from Russian state-owned oil giant, Rosneft in December 2016 that it has been unable to pay. It is under threat of a takeover by Rosneft.

(Not all the items in the dossier were false)

As you continue reading, remember, Qatar has a nasty historical connection to terror and has no plan to prosecute terrorists or to stop funding them including Hamas and the Muslim Brotherhood, much less the Taliban. Testimony on the Hill regarding Qatar was hosted on July 27, 2017 and much of that testimony summary is found here. 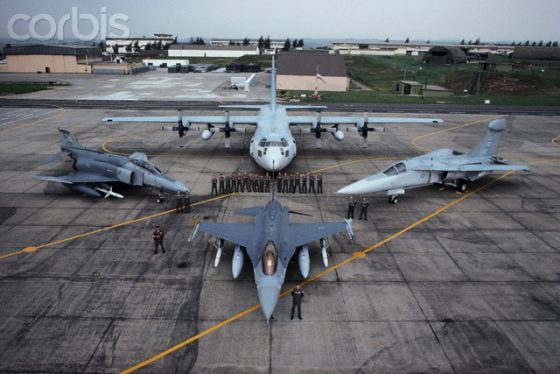 Additionally, there is pressure and discussions underway where the possibility of moving the U.S. base in Qatar is ongoing.

The Gulf rift already has seen slogan-plastered taxicabs in London, television attack ads in the U.S. and competing messages flooding the internet and state-linked media on both sides since the crisis began June 5.

But matching Saudi Arabia, which scored a diplomatic coup by hosting Trump’s first overseas trip, could be a tough battle for Qatar even if it does boast the world’s highest per-capita income due to its natural gas deposits.

“The Qataris are belatedly working up to the scale of the challenge they face,” said Kristian Coates Ulrichsen, a research fellow at the James A. Baker III Institute for Public Policy at Rice University who lives in Seattle. “This whole crisis, now that it’s kind of settled down into a prolonged confrontation or standoff, it’s become almost a struggle to win the hearts and minds in D.C.”

Qatar, in the midst of building stadiums for the 2022 FIFA World Cup, isn’t afraid to spend its money. Since the crisis began, Qatar paid $2.5 million to the law firm of former U.S. Attorney General John Ashcroft to audit its efforts at stopping terrorism funding, among the allegations levied by the Saudi-led nations.

According to documents newly filed to the U.S. Justice Department, Qatar has hired Avenue Strategies Global for $150,000 a month to “provide research, government relations and strategic consulting services.” The contract also says that activity “may include communications with members of Congress and Congressional staff, executive branch officials, the media and other individuals.”

Lewandowski founded Avenue Strategies just after the November election that put Trump in the White House. Lewandowski resigned from the firm in May, saying he was troubled by a firm-related project he hadn’t sanctioned. Others tied to Avenue Strategies had started a firm of their own, pitching Eastern European clients with promises of access to Trump and high-ranking White House officials.

The firm, which includes a former chief of staff to Israeli Prime Minister Benjamin Netanyahu , did not respond to requests for comment from The Associated Press.

The firm, run by Jeff Klueter, a former researcher for the Democratic Congressional Campaign Committee, did not respond to requests for comment. It advertises itself as doing so-called “oppo,” which includes digging into political opponents’ past and comments for incriminating or simply embarrassing material.

Qatar did not respond to a request for comment about the lobbying contracts. But it may serve as recognition that while Qatar has had success in speaking with the State Department and the Pentagon, it needs to make inroads to the Trump White House, Ulrichsen said.

Despite hosting a major U.S. military base, Qatar has been a target of Trump over its alleged funding of extremists, something Doha denies. Saudi Arabia enjoys close relations to Trump, as well as his son-in-law Jared Kushner.

In Washington, Saudi Arabia spends millions of dollars on lobbying, including a most-recent push to oppose a law allowing Sept. 11 victims’ families to sue the ultraconservative Muslim nation in U.S. courts . Its lobbying firms have been putting out memos on Qatar.

“Our aim is to show the American people that Qatar has been employing a foreign policy that harms its neighbors and contributes to regional instability,” said Reem Daffa, the executive director of the committee, known by the acronym SAPRAC.

But while Daffa said SAPRAC does no lobbying, it has registered as a lobbying firm with Congress and tweeted a Qatar attack ad at Trump . It also has not filed paperwork with the Justice Department despite the committee being listed as entirely owned by a Saudi national .

The Foreign Agents Registration Act, first put in place over concerns about Nazi propagandists operating in the U.S. ahead of World War II, requires those working on behalf of other countries or their citizens to file regular reports to the Justice Department.

There aren’t similar rules in Britain, though the crisis recently could be seen on the streets of London. Pro-Qatar ads appeared on the city’s famous black taxis, bearing the message: “Lift the Blockade Against the People of Qatar.” Al-Jazeera Arabic even did a story about them.

But whether any of it will sway policy makers remains unclear.

“The prevailing view is that there are no perfect allies,” recently wrote Steven A. Cook, a senior fellow with the Council on Foreign Relations. “So whatever money the Gulf countries are spending in Washington, they should know it is not very well spent.”

Markets again were bifurcated. The NASDAQ was flat, but the Dow advanced about 0.40% as oil and the industrials — aka the value shares and Boeing –
outperformed on either better than expected earnings or further gains in crude.

Overall inventories fell about 2.5x more than expected. At the pace of the last four weeks, inventories will fall to the 5 year average of 400 million barrels in about eight or nine weeks.

US production also declined for the first time since the first week of June.

Commenting about earnings, the industrials are exceeding expectations and there is a nascent trend of funds gravitating from the largest capitalized technology growth stocks to value/industrial shares. Will oil shares be next? Earnings season for the crude producers commence next week and profits are expected to increase by double digits.

Regarding the conclusion of yesterday’s two-day Fed meeting, in my view no new ground was broken. The Committee stated “near term risks to the economic outlook appear roughly balanced,” that they are monitoring inflation developments “closely” and will begin running off their $4.5 trillion balance sheet “relatively soon,” perhaps as soon as September. The Fed also reiterated their intent to increase the overnight rate by December.

Late yesterday another “must own” stock missed estimates. As noted many times, a vast preponderance of monies gravitated to five companies in 2017. These companies are the largest capitalized companies in the world, each at one time up over 30% since the beginning of the year.

I believe Oaktree Capital Group’s chairman Howard Marks placed the valuations of these five companies into the proper perspective stating these values represent at least 30 years of current earnings, thus valuations are not sustainable.