It takes just a few to go AWOL or to flee the program to create a domestic national security disaster. Further, was the original vetting and background procedure watered down in recent years such that the vulnerability to this growing security risk manifested?

What the heck is really going on here? Remember in October of 2016 when Reuters reported this? 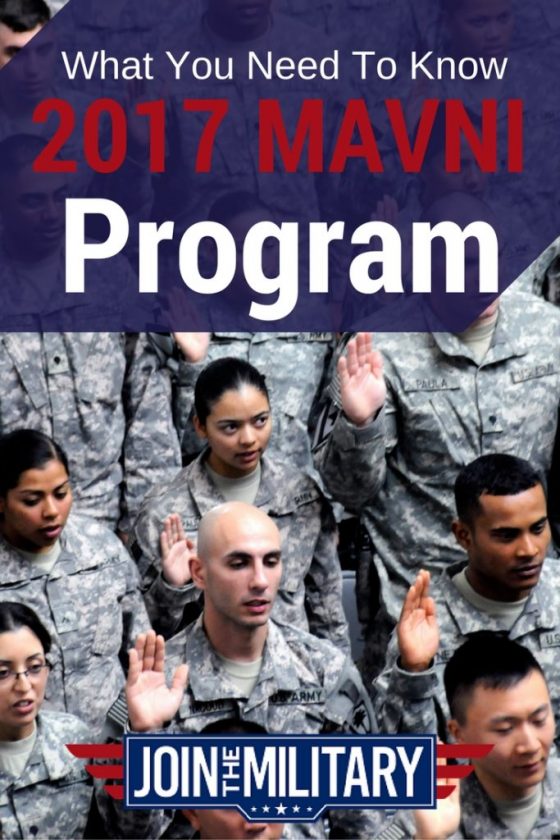 Forty-four Afghan troops visiting the United States for military training have gone missing in less than two years, presumably in an effort to live and work illegally in America, Pentagon officials said.

Although the number of disappearances is relatively small — some 2,200 Afghan troops have received military training in the United States since 2007 — the incidents raise questions about security and screening procedures for the programs.

There was yet another very similiar AWOL event in 2010 in Texas. 17 involved there.

The MAVNI program was limited to 5,200 people in Fiscal Year 2016. The fact sheet is here.

FNC/EXCLUSIVE: Defense Department investigators have discovered “potential security risks” in a Pentagon program that has enrolled more than 10,000 foreign-born individuals into the U.S. armed forces since 2009, Fox News has learned exclusively, with sources on Capitol Hill and at the Pentagon expressing alarm over “foreign infiltration” and enrollees now unaccounted for.

After more than a year of investigation, the Pentagon’s inspector general recently issued a report – its contents still classified but its existence disclosed here for the first time – identifying serious problems with Military Accessions Vital to the National Interest (MAVNI), a DOD program that provides immigrants and non-immigrant aliens with an expedited path to citizenship in exchange for military service.

Defense Department officials said the program is still active but acknowledged that new applications have been suspended.

Created in the final weeks of the Bush-Cheney administration and launched under then-President Barack Obama, MAVNI was designed to recruit individuals with foreign-language and other skills the Pentagon deems useful and in short supply. The program has had many success stories – most notably the Army’s Soldier of the Year in 2012, Sgt. Saral Shrestha, originally of Nepal – and independent analyses have found MAVNI recruits out-perform non-MAVNI soldiers in critical areas.

Yet concern over management of the program has grown over recent months.

“The lack of discipline in implementation of this program has created problems elsewhere,” said Rep. Steve Russell, R-Okla., a retired Army officer who sits on the House Armed Services subcommittee on military personnel. It was Russell who first publicly sounded alarms. During the markup of the latest defense authorization bill, on June 28, Russell noted: “The program has been replete with problems, to include foreign infiltration – so much so that the Department of Defense is seeking to suspend the program due to those concerns.”

Another lawmaker, whose committee does not enjoy jurisdiction over MAVNI – but whose panel could well come to focus on these problems, depending on their severity – told Fox News that the program had been “compromised” and that DOD officials have not presented answers to his questions about missing enrollees: “Where are they? What do they know? Where are they serving? What are their numbers?”

Contacted by Fox News, Army Lt. Col. Paul Haverstick, a Pentagon spokesman, said in a statement: “The Department of Defense is conducting a review of the MAVNI pilot program due to potential security risks associated with the program.” Beyond that, however, Haverstick declined to comment, citing “pending litigation.”

Defense Secretary James Mattis, whom sources said had developed his own concerns about MAVNI, was named as the sole defendant in a lawsuit filed in February by seven foreign-born MAVNI enrollees. The lawsuit alleged that a decision by top brass in September to tighten up access to security clearances issued through MAVNI had had the effect of “crippling their military careers.”

Sources said MAVNI’s problems included a vetting backlog that led to enrollment of many soldiers prior to completion of their background checks, and an attendant “drift” in the program’s criteria, with MAVNI being used as a vehicle for the hiring of workers – like cooks, drivers and mechanics – who did not possess the specialized skills the program was created to exploit.

The title of the inspector general’s classified report – “Evaluation of Military Services’ Compliance with Military Accessions Vital to the National Interest Program Security Reviews and Monitoring Programs” – hints at the problems, with its references to “security reviews” and “monitoring” of enrolled individuals.

Some lawmakers have received classified briefings on the matter. Sources said some of the countries of origin for MAVNI enrollees are “of concern,” but as of yet there is no evidence in the public domain that ISIS, Al Qaeda, or any other terrorist groups have penetrated the MAVNI program. Still, such a development remains an active concern.

“ISIS has always had desire to use migration as way to penetrate into countries,” said retired U.S. Army General Jack Keane, a Fox News military analyst. “They have done that successfully in Europe because of open borders, mass immigration with no vetting. In the U.S., we haven’t had any record of their penetration. And certainly if this program is compromised and there’s a possibility of that kind of penetration, it’s got to be thoroughly investigated.”

Training for such skills as counterfeiting, illicit drugs, weapons, cyber warfare and bootleg merchandise comes out of Office 39. Clandestine and fraudulent transactions including management operations flowing through Office 39 is estimated in the $6-8 billion range.

In 2014, one defector fleeing to Russia had $5 million of the Office 39 funds money with him.

According to a defector:

This college has a highly confidential mission—education of world-class IT warriors—its security is so exhaustively kept that individual guard units are dispatched to the college solely for security. The security manual distributed to guards indicates that, “Without the permission of the college commander, no car should be allowed entrance to college grounds except for that of Kim Jong Il.”

Students of the college wear the same uniform as military officials, but on their shoulders they brandish special stars, on which hak (meaning is learning) is printed. A “Kim-Il Political Military University” badge is worn on the left side of the chest.

Kim Jung-Il lived the high life while his own people suffered not only beatings, but death by starvation. His son, Kim Jung-Un, taking over the country, lives much the same, yet due to sanctions and isolation by the international community, illicit activities continue.

Counterfeiting of currency is not so much a common practice in North Korea and the country has been dabbling in bitcoin fraud and now through cyber activity they steal currency.

Just recently, Reuters published an item referring to a report that analyzed suspected cyber attacks between 2015 and 2017 on South Korean government and commercial institutions, identified another Lazarus spinoff named Andariel.

“Bluenoroff and Andariel share their common root, but they have different targets and motives,” the report said. “Andariel focuses on attacking South Korean businesses and government agencies using methods tailored for the country.”

Pyongyang has been stepping up its online hacking capabilities as one way of earning hard currency under the chokehold of international sanctions imposed to stop the development of its nuclear weapons program.

North Korea has cooperated with China, Russia and Iran to improve their cyber capabilities. China is especially complicit in that cooperation by providing the communications network inside the DPRK and inside China. Additionally, China has provided hardware, servers, routers. Russia is not without major blame and shares the guilt by dispatching Russian professors from Frunze Military Academy to train North Koreans to be professional hackers.

Additionally, Russia has sold to North Korea GPS jamming equipment in the area of sea navigation and also provides financial aid to North Korea supporting its abilities to interfere and disrupt command and control systems.

North Korea operates yet another location known as Office 91. It has four units:

In total, it is estimated that North Korea has close to 10,000 people assigned to the cyber and hacking operations in country. Additionally, North Korea maintains a force of up to 1,000 in China performing cyber warfare.

While it is common for headlines to refer to Kim Jung-Un as a nutcase, that is hardly a fitting description for him. While he may be militant and spontaneous, he is well educated. He attended Liebefeld-Steinhölzli Schule, a Swiss state school, gaining access to Western culture, but had lousy grades. He has two degrees, one in physics from Kim-Il Sung University and another as an Army officer obtained from the Kim-Il Sung Military University.

He does maintain an asymmetrical military strategy that has astounded the West and countries in the region with his advanced missile systems and launch abilities. All this is funded by cyber theft of currency and information and cooperation with Iran, China and Russia. North Korea does have IP proxy locations for operations that include New Zealand, Malaysia, Indonesia and several others. The ‘Darknet’ is full of countries co-opting servers and jump points all doing the same thing.