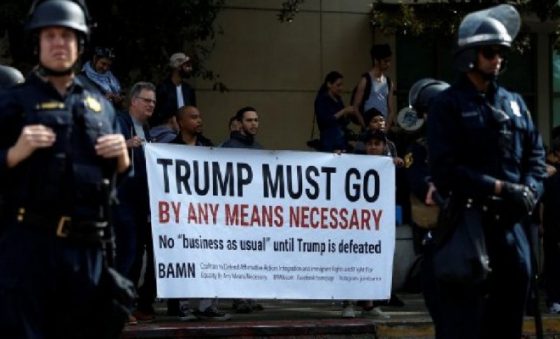 By Any Means Necessary (BAMN) is gearing up to get their violence on in Berkeley. They are a communist-revolutionary group founded by the Revolutionary Workers League. They also have direct ties to the North American Man/Boy Love Association (NAMBLA), one of the nation’s most prominent pro-pedophilia organizations. They will be targeting the “No to Marxism in America” rally in Berkeley led by Amber Gwen Cummings, a transgender Berkeley “patriot” who says she has a beef with radical, violent leftists who self-describe as “Antifa.” Just wow… I don’t even know what to say except I side with anyone against Marxism and Antifa.

Amber spoke with reporters and activists on Tuesday, arguing that she is not a white supremacist and that violence and the KKK are not welcome at her event. “It’s a free speech rally,” she told the crowd, describing her rally, where she expects about 300 people to attend. “Marxism is being taught at UC Berkeley and anti-American thought. I’m not safe to walk down road with American flag.” Good for her. Wow… war makes for strange bedfellows. Her issue, she said, is not with people of color or minorities and her rally is not “right wing.” It’s going to be damned difficult for the left to stand against Amber here, but trust me… they will.

It shows how stupid the ALT left is. My interview today has me dressed in a Antifa mask. These idiots are thinking I’m trying to hide my face LOL, despite many times showing my face and I explained why I had the bandana on I am obviously using this so the public sees how cowardly antifa is and give them a visual of what the Mayor of Berkeley allows in his city and lets them attack our veterans, our police, and our citizens. These terrorists days are numbered till they are in jail. I am sure they will continue to harp on my bandana , they are so stupid I even explained in the video why I am wearing it. I love it , plan succeeded. They will keep talking about it and draw attention to it and put their foot in their own mouths. They will say why am I afraid to show my face and Ill say why are you and most important the public will ask why they are afraid to. The Alt Left is not to bright, but in all fairness neither is the Alt right. Both are idiots. I am going to continue to illustrate the the public visual of these terrorist scum and burn in the minds of our people what terrorists they are.

Violent leftist group By Any Means Necessary (BAMN) is rallying forces to “shut down” a planned march against Marxism in Berkeley, California. Berkeley has already been the site of repeated instances of political violence this year, predominantly by far-left actors.

BAMN is organizing to shut down what it claims is a “Neo-Nazi” rally in Berkeley on Saturday. The rally is titled “No to Marxism in America.” The rally organizer, a biological man who identified himself as a transgender woman to media outlets, claims the rally is not a “right-wing” rally, embraces diversity and is meant to oppose the spread of Marxism in Berkeley.

BAMN, which was founded by the openly-Marxist Revolutionary Workers League, has previously been involved in violent clashes in Berkeley and elsewhere. The group’s members are unapologetic about their use of violence as a political tactic.

Politicians in Berkeley of course are telling people to stay away from the anti-Marxist rally… not the communist protesters. For instance, politicians are asking people to attend counter protests, including one led by Unite for Freedom from Right Wing Violence in the Bay Area, who have called for a “Bay Area Rally Against Hate” on UC Berkeley’s Crescent Lawn at Oxford and Center streets on Sunday morning. You know, the Marxists.

BAMN’s leaders include a Berkeley teacher, Yvette Felarca, who was charged last month with inciting a riot in Oakland. Per The Daily Caller, Felarca and other BAMN activists have tried to “brainwash” and “indoctrinate” students into their violent cause during school hours. BAMN has been instrumental in organizing the riots that shut down right-wing commentator Milo Yiannopoulos’ speech at the University of California–Berkeley in February. They also planned aggressive demonstrations against conservative commentator Ann Coulter and the students coming to hear her talk. That led to the cancellation of Coulter’s speech in April due to safety concerns.

The confrontation and rally will happen on Saturday. It’s going to be explosive and could set everything on fire.

The force behind the "No to Marxism" rally in Berkeley is Amber Cummings, a self-described transgender patriot https://t.co/K5azcKqdKU pic.twitter.com/FQglopMisM 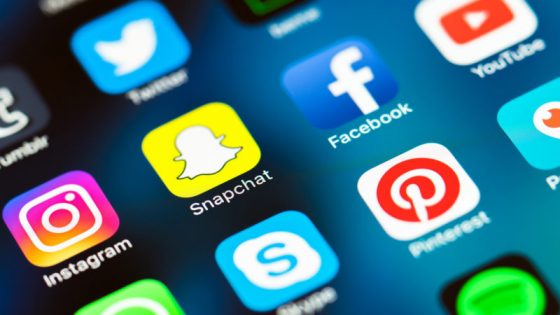 For those of you who believe in the “algorithm” defense (as employed by “social media” providers), believe me, that’s utter bullshit.

My whole career is about algorithms. It’s what I do.

An algorithm DOES WHAT YOU TELL IT TO DO. That is all. If it develops biases, that’s because YOU WROTE IT THAT WAY.

This horse crap about “it’s not human controlled” is just that. Horse crap.

Look, a Rube Goldberg machine is a physically manifested algorithm. You can set it in motion and then act surprised when, after some initial 20 mechanical motions, the little lever releases a ball which rolls down a ramp, knocking over a balanced hammer, striking a mug, spilling Tom’s coffee all over his desk, but the suspension of disbelief needed to presume that to be true would require industrial strength delusion.

There is no “responsible algorithm.” There’s an intricate Rube Goldberg software system programmed to knock over YOUR coffee mug.

And they are lying to you.

JP Morgan again warned the S&P 500 will plunge, the result of “long term low volatility and banded trading.” The bank is concerned about policy shifts, geopolitical tensions and political tensions.

As noted several times, the vast majority of the world’s largest managers — Fidelity, Vanguard, Blackrock, JP Morgan, Merrill Lynch — have all warned of an impending drop.

In some regards, this is bullish for rarely does an expected event occurs. For example, on January 1, all expected the dollar to continue to rally. It is now at levels last experienced in 2015 and may fall back to levels experienced in 2014 when the current rally commenced.

Many industrial commodities have surged in 2017 again defying predictions. And then there is the emerging market rally, a rally few suggested would occur.

Most are now acknowledging a global tectonic change is occurring. These changes occur every generation or about every 25-30 years. In my view, yesterday’s globalism is becoming altered. The altered form is not yet known, but may greatly impact the S&P 100 given their globally interconnected methods of production.

Many times I have remarked about the outsized influence that ETFs, algorithms and indexing have had upon market averages, a view that is now becoming mainstream. This trading strategy is momentum based, defined as the big gets bigger and the small gets smaller, based upon a preconceived set of parameters. What happens if these variables radically change, a change that is inevitable according JP Morgan and others?

I reiterate my long held view the economy will continue to accelerate at a pace much greater than expected that alters the inflationary outlook, threatening current valuations of the largest capitalized names.

In six months, will I be writing about an oil supply shortage that forces prices 50% higher, the result of greater demand and from massive infrastructure cuts? This scenario unfolded 15 years ago and has already unfolded in other parts of today’s commodity markets.

What about housing? Will OER suddenly accelerate? July’s new home sales were disappointing, but the reasons why they were disappointing are inflationary….the lack of supply, available lots and workers that are causing a rise in prices.

There are always winners and losers in change. Companies that benefited from reduced production costs because of outsourcing labor to low cost countries, thrived during the last thirty years. This includes many retailers and technology concerns.

Will tomorrow’s winners be those companies that are focused on domestic production and sales as Main Street America recovers? Only history can answer this question, but I am certain that I will again write life is always stranger than fiction where change is the only constant and the unexpected occurs.

Commenting about yesterday’s market activity, equities fell between 0.40% and 0.30%, while Treasuries gained on the prospects of a government shutdown. Potential tax reform, the catalyst for the prior day’s advance, was perhaps the headline that prevented a larger sell off. Oil advanced on a draw down of inventories, inventories which are now at the lowest level in 19 months.

The Dow should open quiet ahead of the gathering of central bankers in Jackson Hole. The 10-year is off 5/32 to yield 2.19%.