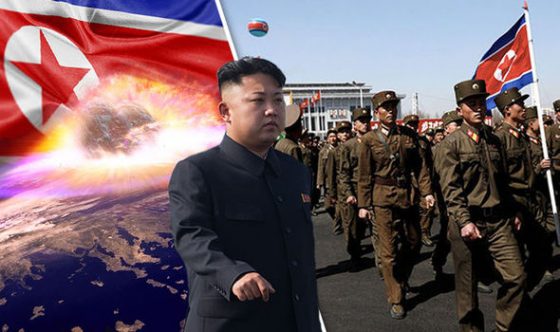 The United States knows all too well about an EMP. With regard to North Korea, the Kim regime has acknowledged it was active in EMP pursuits. The U.S. has EMP weapons developed by Boeing.

So what is Starfish Prime?

On July 9, 1962 — 50 years ago today — the United States detonated a nuclear weapon high above the Pacific Ocean. Designated Starfish Prime, it was part of a dangerous series of high-altitude nuclear bomb tests at the height of the Cold War. Its immediate effects were felt for thousands of kilometers, but it would also have a far-reaching aftermath that still touches us today.

In 1958, the Soviet Union called for a ban on atmospheric tests of nuclear weapons, and went so far as to unilaterally stop such testing. Under external political pressure, the US acquiesced. However, in late 1961 political pressures internal to the USSR forced Khrushchev to break the moratorium, and the Soviets began testing once again. So, again under pressure, the US responded with tests of their own.

It was a scary time to live in.

The US, worried that a Soviet nuclear bomb detonated in space could damage or destroy US intercontinental missiles, set up a series of high-altitude weapons tests called Project Fishbowl (itself part of the larger Operation Dominic) to find out for themselves what happens when nuclear weapons are detonated in space. High-altitude tests had been done before, but they were hastily set up and the results inconclusive. Fishbowl was created to take a more rigorous scientific approach. Read more here.

The Wall Street Journal published an item offering insight regarding North Korea and the threat of an EMP and the United States is not prepared for such a weapon in either a defensive or offensive posture without some exceptional consequence to life.

As South Korea performed some live fire drills in response to the last nuclear test by North Korea that measured a 6.3 on the Richter Scale, at issue is the immediate line of an estimated thousands of rockets pointed at South Korea. It would take a robust offensive first strike to remove this border threat in cadence with other strike operations into the North Korea tunnel network where most of the weaponry is located.

Finally, South Korea’s leader has taken a more aggressive posture, leaning towards a military operation and this could bring them closer to Japan which is a positive indication where activities to neutralize North Korea are tantamount.

Tensions sharply escalated Sunday as the communist regime conducted what it claims to have been a test of a hydrogen bomb mountable on an intercontinental ballistic missile (ICBM). The test was only the latest in a recent series of saber-rattling, including two ICBM tests in July.

In its report to the legislature’s defense committee, the defense ministry said that it, in consultation with Washington, will seek to deploy a nuclear-powered aircraft carrier, strategic bombers and other powerful assets to the peninsula as a response to the North’s nuclear experiment.

It also unveiled its plan to stage unilateral live-fire drills involving Taurus air-to-surface guided missiles mounted on its F-15K fighter jets. The missile, with a range of 500 kilometers, is capable of launching precision strikes on the North’s key nuclear and missile facilities.

In his assessment of the sixth nuke test, Song said that the North is presumed to have reduced the weight of a nuclear warhead to below 500 kilograms. More here.

Adding more sanctions on China or those doing business with North Korea does not stop or deter North Korea at all. China knows precisely what North Korea is doing and has not moved to stop any of this missile or nuclear activity. 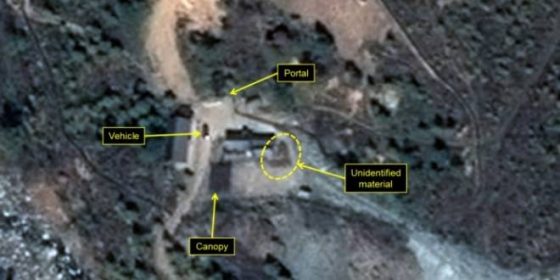 North Korea’s nuclear test occurred in Punggye-ri, the same site where a nuclear test occurred in January 2016, about 50 miles away from the border with China. Tremors were felt in the Chinese border city of Yanji, home to about 400,000 people, Chinese media reported.  The latest test occurred as China hosted the leaders of the BRICS (Brazil, Russia, India, China and South Africa) countries for their annual summit. China “strongly condemned” North Korea’s provocation and a draft communique from the BRICS summit quoted in Chinese state media “strongly deplored” North Korea’s nuclear test but called for a peaceful solution to the crisis. More here.

All the alleged professionals continue to say the United States, Japan and South Korea have no good options with regard to North Korea and there may be some truth to that given the descriptions as defined here.

What is left out of all conversations is the cyber abilities of the United States, knocking out North Korea’s space segments on existing satellites owned by China, Iran or Russia and lastly once again dusting off the files of Starfish Prime as described below:

Launched via a Thor rocket and carrying a W49 thermonuclear warhead (manufactured by Los Alamos Scientific Laboratory) and a Mk. 2 reentry vehicle, the explosion took place 250 miles (400 km) above a point 19 miles (31 km) southwest of Johnston Island in the Pacific Ocean. It was one of five tests conducted by the USA in outer space as defined by the FAI. It produced a yield equivalent to 1.4 megatons of TNT.

The Starfish test was one of five high altitude tests grouped together as Operation Fishbowl within the larger Operation Dominic, a series of tests in 1962 begun in response to the Soviet announcement on August 30, 1961 that they would end a three-year moratorium on testing.[2] 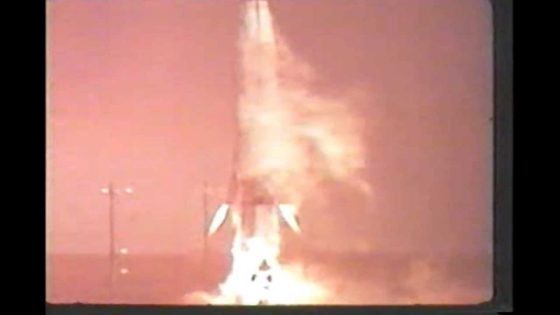 In 1958 the United States had completed six high-altitude nuclear tests, but the high-altitude tests of that year produced many unexpected results and raised many new questions. According to the U.S. Government Project Officer’s Interim Report on the Starfish Prime project:

“Previous high-altitude nuclear tests: YUCCA, TEAK, and ORANGE, plus the three ARGUS shots were poorly instrumented and hastily executed. Despite thorough studies of the meager data, present models of these bursts are sketchy and tentative. These models are too uncertain to permit extrapolation to other altitudes and yields with any confidence. Thus there is a strong need, not only for better instrumentation, but for further tests covering a range of altitudes and yields.”[3]