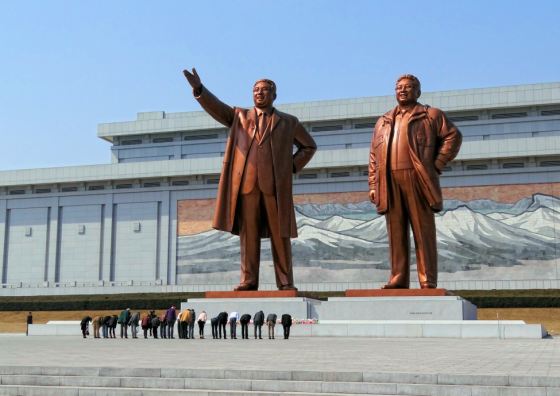 The world seems to crumble under so many natural disasters, but the darkest threat of our days comes from the East and more exactly North Korea. Are we going to fight them? Are they going to launch their missiles?

Nobody knows what is going to happen, but the current uncertainty makes you want to be prepared. People are gathering food, water and other vital supplies in different types of shelters that can withstand a nuclear blast. But is this really necessary

Is North Korea Going to Start a War?

In the last few months we learned with absolute certainty that North Korea is working on improving their nuclear arsenal. Voices in the western world say that the rogue state is working on extending their missiles’ range. So, even though right now they can’t hit important targets in Europe or the US, they might in the near future.

But what is North Korea looking to achieve? A nuclear war will affect the whole world and may put the survival of our very own race at risk. For now, nobody knows with absolute confidence or they don’t want to share with the public. In any case, our future is uncertain at best.

The main conflict is between the US and North Korea and specialists think this happened due to the changes in leadership in both states. Six years ago Kim Jong-Un assumed power and this year, Donald Trump took office. The two leaders seem to lock horns and this doesn’t sit well for the rest of us.

But is North Korea going to start a war? Specialists say we shouldn’t be worried – a war is not going to happen (at least not now). North Korea seems to use their nuclear arsenal as a bargaining chip to get recognition from the US as a nuclear power. So for now, it’s just a matter of pride for the Korean leader.

However, things can go south faster than you think and the only ones to survive such a confrontation will be the ones who prepared ahead.

3 Guns You Should Own

We know that in any SHTF scenario, the life after will be complete anarchy. The law of the jungle will be dominant, so you need to be among the ones who can defend themselves. For this, you need weapons and below are the top 3 most specialists recommend.

Tommy from goog gun weapons swears by the power and efficiency of a shotgun. Even more, you can use different types of ammo in it to shoot anything from small game to big game. So, it is useful for both hunting and self-defense.

The Mossberg 500 is fast and reliable, but you must be careful with the recoil. If you’re not used to shooting with this type of weapon it can be a bit uncomfortable.

Yes, this is a revolver, but before you dismiss it for an automatic pistol, let me tell you about reliability. This tiny fellow doesn’t jam too often and when it does, you only have to squeeze the trigger and it un-jams.

It is small, so it’s easy to carry on you regardless of where you go. A rifle or a shotgun attracts attention, but a revolver is easy to keep in your pocket.

The .357 Magnum is great for both self-defense and shooting small game. It is also corrosion resistant, which is great in times of doom.

Number three on my list is a lever action rifle that most preppers like as a survival rifle. It is fast, accurate and lightweight, which makes it great for when you go hunting. It’s also a great weapon for beginners and the magazine is large enough for a ‘spray and pray’ tactic (although highly not recommended during dark times).

The rifle can be used as a backup for the shotgun or vice versa, but it is important to have it.

North Korea may start a war or not, but we have a duty to ourselves and our families to be prepared! For this, I urge you to start practicing your shooting and make sure to keep up to date with the latest news and data from all over the world.

Equities staged a nominal advance as the Trump administration plotted a strategy for tax overhaul. Financials were the market leaders as Treasury yields rose.

Speaking of Treasury yields, the bench mark 10-year Treasury is now yielding 2.19%. Last Friday, it was at 2.01%, with many then suggesting yields will soon have “1 handle.” Yields are now around a three-week high. As noted many times, approximately 99% of trades in the Treasury market are now done electronically.

A reason for the increase in yields is an unexpected pickup in inflation in England to a four-year high. Chinese and Eurozone inflation is also unexpectedly accelerating.

The PPI is released today at 8:30. Will there be an upside surprise as was the case in many of our trading partner’s economies? If so. what would be the catalyst?

Speaking of a potential catalyst, depending upon the benchmark, oil is around a 4-5 month high. Yesterday, OPEC boosted its 2018 forecast by 400,000 barrels a day, the result of stronger global economic growth. OPEC also trimmed forecasts for growth in oil supplies by 100,000 barrels a day.

The IEA commented yesterday that the world oil market is coming into balance faster than anticipated, a remark that caused Citicorp to challenge the integrity of this once highly esteemed organization. Many times I have commented about the volatility in the IEA’s pronouncements as it appears its outlook changes almost on a daily basis.

The Dow should open quietly lower even as oil is advancing predicated upon the IEA’s statement that global oil demand will cling this year by the most since 2015, rising by 1.7%, while supplies are contracting about 1%. The 10-year is unchanged at a 2.18% yield.