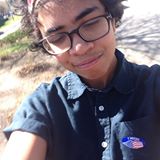 In February 2016, a workshop titled: “Disrupting Islamophobia” was presented to the members of Showing Up for Racial Justice in Durham. This workshop was facilitated by Qasima Wideman and Eva Panjwani of the Workers World Party and Manzoor Cheema of Muslims for Social Justice – a Muslim Liberation Theology organization.

In May 2016, Eva Panjwani and Qasima Wideman accepted an award on behalf of Muslims for Social Justice from the Freedom Road Socialist Organization front group Black Workers for Justice.

In 2016, Qasima Wideman also addressed a Left Forum in New York at a panel entitled, On the Frontlines: Queer People of Color Fighting for Socialism in the US South.

In the US South, a growing movement of queer people of color have been rising up against the reactionary, oppressive status quo. The recent struggles against North Carolina’s anti-LGBTQ laws, as well as the struggle against racist police terror and the movement against Donald Trump’s racist Presidential campaign, have all been flashpoints in the effort to shut down bigotry and oppression in the South. These activists have been on the frontline in the movements to fight back against oppression and to fight for a revolutionary solution, socialism.

From a Workers World Party Durham Branch, August 15, 2017 statement on arrest of our comrades: on the eve of the arrest of Takiyah Thompson.

From Qasima Wideman, one of several members of Workers World Party who were involved in the tear down of a Confederate statue in Durham on August 14:

“Confederate statues aren’t just hunks of metal and concrete. They represent the roots and history of a system of white supremacy that disenfranchises, murders, displaces and harms Black and Brown people up through today. If the people decide they want to remove such a statue, that should be their right. Love does not trump hate. It hasn’t taken down any Confederate statues or stopped any of the racist and fascist violence that people in Charlottesville, Charlotte, Ferguson, Baltimore and every where face every day. Only organized people’s power will take down white supremacy. Through racist drug laws and the prison industrial complex, cops do the paid work of white supremacy. The Trump regime has emboldened these racists.”

Takiyah Thompson, member of Workers World Party and student at N.C. Central University, who climbed to the top of the statue to tie a rope around its neck before the crowd tore it down:

“The people decided to take matters into our own hands and remove the statue. We are tired of waiting on politicians who could have voted to remove the white supremacist statues years ago, but they failed to act. So we acted.”