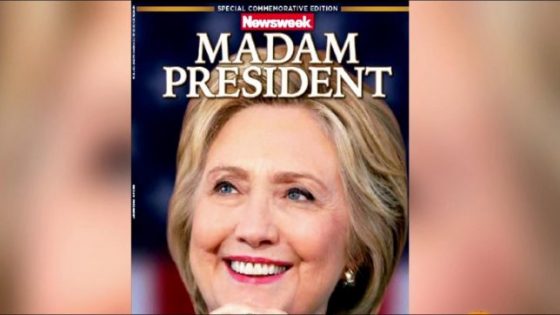 The credibility of mainstream political polls took a serious hit following the 2016 election. Most predicted an easy victory for Hillary Clinton. The entire political class believed she was a shoo-in, and that the election would be a mere formality. But the polls and the pundits were wrong, glaringly so.

It appears they are wrong again, because they persist in making the same mistakes they have been making for years.

Most pollsters and pundits report that President Trump’s approval ratings are in the tank — consistently in the mid- to upper-30 percent range. His disapproval rates average a whopping 57 percent, according to the polls cited below.

The following table reveals why.

This occurs because of the way these polls are constructed. Most use a methodology that queries a random sample of adults. That sounds “fair” and one would expect it to produce roughly equivalent numbers of Republicans and Democrats, but it does not.

All of these polls were taken in August except Gallup, which does not make public the political party composition of its polling samples. Gallup’s May poll — a three-day moving average — was listed instead because Gallup provided political party breakdown. Its latest poll, however, puts Trump’s approval/disapproval rate at 38 percent/56 percent, which isn’t much different from the May poll cited.

Gallup was contacted twice to provide demographic information for its latest poll, but refused to do so. One must question why one of the most widely quoted polling organizations does not allow people to easily discover the political party breakdown of poll respondents.

According to pollster John McLaughlin of McLaughlin Associates, using random samples of adults without further stratification tends to include more young people and females — both groups more likely to be Democrats. Because it is random, it may even include non-citizens. Using this survey methodology, Independents are more likely to poll like Democrats. By using the random sample method, pollsters know they will get a disproportionate number of Democrats and/or people who respond like Democrats, but since few people delve into the weeds to examine polling demographics, the polls are taken to be legitimate.

This is also the least expensive way to poll, providing another reason why so many polls skew the results to the left — independent of any deliberate bias.

Quoted in an article by the Daily Caller, Raghavan Mayur, president of TechnoMetrica, an independent polling organization, said:

I do know inherently there is a Democratic bias in the polls. And most [pollsters] will deny it… Typically, the mainstream media and the major polling companies will never admit their bias to you. This is like an alcoholic not admitting to using alcohol. They are in denial.

Quoted in the same article, independent pollster John Zogby said, “I am a liberal Democrat, but I always felt that other polls over-sampled Democrats and under-sampled Republicans.”

A few polls query registered voters, which may eliminate non-citizens and improve the results somewhat. The Politico poll, for example, queries registered voters. It shows only a 4 percentage point spread between Republicans and Democrats and provides one of the highest Trump approval ratings of all polls listed in the table.

But this is not always a reliable measure, either. For example, the Economist poll claims to query “registered voters,” however, voter registration is not verified by directly questioning poll respondents. It is calculated using Census Bureau estimates of the overall registered voter population. So the veracity of the “registered voters” figure is questionable in this poll. Only 24 percent of respondents were Republicans, while 38 percent were Democrats.

McLaughlin told me that any poll that departs significantly from those averages will bias the results.

McLaughlin Associates uses likely voters, as does Rasmussen. Using this method, Trump’s approval ratings are significantly better, currently averaging 46 percent, while the disapproval rate is lower. Similarly, the breakdown of Republicans versus Democrats reflects how people would likely vote if an election were held today, as opposed to a random sample or even a sample of registered voters.

The left-wing bias embedded in most national polls also skews poll responses on virtually all partisan issues, giving an inaccurate reading of public sentiment on everything from taxes to school choice, from immigration to national defense.

Not only does it affect [Trump’s] job rating and favorable rating, it also affects the policies and issues these polls purport to measure. Maybe this is why so many Republicans, Independents and Trump voters seem to disregard media polls. It appears the media is once again sacrificing its credibility for its liberal, anti-Trump bias.

The McLaughlin poll had many other results that should get Congress, and congressional leadership in particular, to sit up and take notice:

This poll suggests that many more voters support conservative ideas and policies than mainstream media polls claim. Congress should take a very close look at this poll, because it is a much better indication of those policies and candidates a majority is likely to support.

James Simpson is an economist, businessman and investigative journalist. His latest book is The Red Green Axis: Refugees, Immigration and the Agenda to Erase America. Follow Jim on Twitter & Facebook.