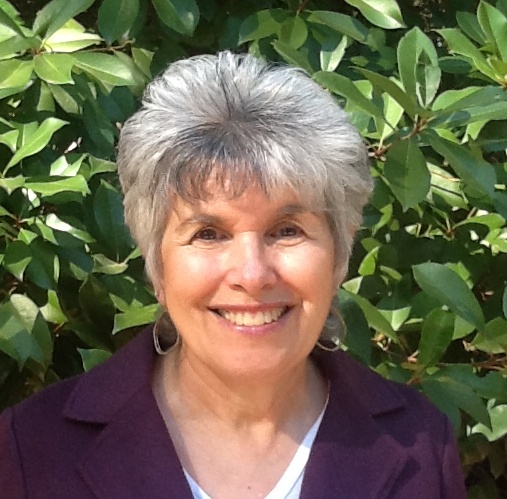 Judi Caler lives in California and is Article V Issues Director for Eagle Forum of CA. She is passionate about holding our public servants accountable to their oath to support the U.S. Constitution.

“If you tell a lie big enough and keep repeating it, people will eventually come to believe it.”  –Joseph Goebbels

In the novel, “1984,” George Orwell’s unsettling prophecy of a totalitarian society, Newspeak was the official language of Oceania. It was devised to limit freedom of thought. New words were invented, undesirable words eliminated, and the remaining words redefined or limited in scope to further the Party’s ideology.  If something can’t be said, it can’t be thought, making a diverging thought unthinkable.

So too, the Convention of States Project (COS) uses Newspeak to manipulate people into believing that the convention provided for by Article V of our Constitution is really a “convention of the states” which is controlled from start to finish by State Legislatures.

On September 24-25, 2011, radical leftist professor Larry Lessig who has ties to George Soros, and salesman Mark Meckler who now heads COS, co-hosted Conference on the Constitutional Convention at Harvard.  That conference kicked off the current push for the Left and the phony Right to work together to promote an Article V Convention.

But the Convention Lobby soon realized that conservatives had been schooled over previous decades by the John Birch Society and Phyllis Schlafly’s Eagle Forum to recoil from an Article V convention, also known as a “constitutional convention” or “con-con,” because it could run amok and replace our existing Constitution.

And despite their attempt to win conservative support by focusing state Article V convention applications on supposedly “conservative” issues like a “balanced budget amendment” or “fiscal restraints,” convention proponents were met with resistance from those who understood that State Legislatures have no power to limit the scope of a convention to specific topics or amendments.1 The same ploy was tried and failed in the 1970s and 1980s for the same reason.2

Shamelessly, Mark Meckler and his legal operatives turned to Newspeak. Attorney Rob Natelson, the Newspeak guru of the convention lobby, announced in a speech on September 16, 2010, that he was “…going to put our concepts on ‘reset’”:

“I hope this is the last time I’ll say [the words] ‘constitutional convention’…I often have made the mistake of calling it that, but it is a serious mistake because it causes people to misunderstand what the convention is all about. The Constitution gives the convention a specific name—a convention for proposing amendments—and I think we should call it that or perhaps an Article V convention, an amendments convention, or a convention of the states.” 3

Thereafter, they adopted the term, “convention of the states”; defined it as a convention totally controlled by State Legislators; and claimed that a “convention of states” was the same as an “Article V convention,” and different from a “constitutional convention” or a “con-con.”

As Meckler spins the narrative:

But in the Orwellian world of COS Newspeak, a “convention of the states” can’t run away, by definition!

That the Newspeak definition for “convention of the states” doesn’t exist in our founding documents, doesn’t matter to the convention lobby. It serves to deceive legislators into thinking that an “Article V convention,” unlike a “constitutional convention,” can’t run away; and secures legislators’ YES votes on con-con applications.

Recently in Michigan, 32 Representatives responded to a National Association of Gun Rights survey, saying they were opposed to an Article V Convention, most likely because they were concerned they would lose the Second Amendment at a con-con—a very real possibility. After being exposed to COS Newspeak, some of those same legislators decided they could simultaneously support COS legislation asking Congress to call a “convention of the states”!

“It was quite simple. All that was needed was an unending series of victories over your own memory. ‘Reality control’, they called it: in Newspeak, ‘doublethink’” –1984, Part I, Chapter 3

COS recently promoted itself as “the largest Article V grassroots organization…nationwide.” So, a “grassroots” organization in COS Newspeak is one bankrolled with millions of dollars from mega-billionaires! 5

Another word trick in COS Newspeak would replace “Delegate” with “Commissioner.”   A “delegate” is a representative who has power; but a “commissioner” is a person charged to manage some particular subject-matter and is controlled by his superiors.  Accordingly, Meckler told Senators at a February 25, 2015 Nebraska committee hearing that they’ll direct their “commissioners” by text messaging during the convention because legally, commissioners are equivalent to hired insurance agents! 6

What COS Fails to Mention

“It would have been quite impossible to render [the Declaration of Independence] into Newspeak while keeping to the sense of the original. The nearest one could come to doing so would be …the single word CRIMETHINK.” –1984, Appendix

The Declaration of Independence, paragraph 2, expresses our founding principles which are above the Constitution: that all men are created equal; that our Rights come from God; that the purpose of government is to secure those Rights; and that, if the government fails to secure our Rights, We the People have the Right “to alter or to abolish” our government and set up a new one.

The convention is the highest form of government, having more power than State Legislatures and Congress put together. So even though the Framers met in convention in 1787 “for the sole and express purpose of revising the Articles of Confederation (AOC),” they had the inherent and legal right, as expressed by the Declaration of Independence, to write a new Constitution which created a new government. Moreover, they set a precedent by making the new Constitution easier to ratify than amendments to the AOC.

And with the words, “We the People…,” they reaffirmed in our Constitution the founding principles written eleven years earlier. In fact, in Federalist 40, Madison justified writing the new Constitution, which was to replace the AOC, by citing the Declaration of Independence.7

Newspeak, invented by the convention lobby, is believed and repeated in State Capitols across America by too many Republican legislators who have set logic and truth aside to buy the false narrative. They believe that the solution to an overreaching federal government that has ignored our Constitution is to change our Constitution! And that an Article V convention called by Congress can’t possibly run away because it is just a “convention of the states” in Newspeak!

And shame on the heavily bankrolled, self-professed “conservatives” at COS along with their team of attorneys, “constitutional scholars,” and lobbyists who risk our Constitution by selling a bill of goods to well-meaning and unsuspecting legislators. The same propaganda is used to fool ordinary citizens whom COS claims to “represent.”

A runaway convention can’t be prevented with Newspeak! Americans must educate themselves on this deception and be vigilant.  Understand the real remedies our Framers said we must use to prevent federal overreach.  Once a convention is called, it will be too late to stop a new Constitution with an easier mode of ratification from being imposed.  Our existing Constitution and our Liberty hang in the balance.

“If a nation expects to be ignorant and free…it expects what never was and never will be.” –Thomas Jefferson to C. Yancey, 1816