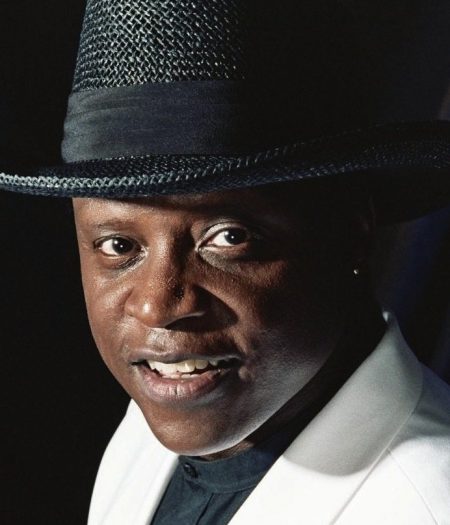 As a black proud American, I was repulsed learning that the NAACP sent out a press release accusing Dallas Cowboys owner Jerry Jones of violating his players free speech rights. In a nutshell, Jones told his employees, if you don’t stand for our national anthem, your derriere will ride the bench. http://bit.ly/2yj2Bxj I say, “Right on bro, it’s about time!”

The NAACP is scum, betrayers of its people. Their attack on Jerry Jones is another example of the far-left bitter hate group throwing absurd excrement against the wall, believing their fake news media homeys will make it stick. Sadly, the NAACP sold its soul to liberalism many moons ago, abandoning its mission of empowering blacks.

I will go as far as to say the once great civil rights organization has become anti-black empowerment. Before you call me crazy, please hear me out.

Back in the days of Dr Martin Luther King, Jr, the NAACP was a class act. Participants in NAACP rallies, protests and events were required to be sober, clean and well behaved. As a kid, I was blown away by the eloquence of Dr King whenever he spoke on TV. I thought, “Oh, how I wish I could speak like that.” I was proud that Dr King was our guy, representing us, black Americans, on the national stage. Blacks instinctively knew Dr King and the NAACP stood for black excellence. We were reasonably requesting equal opportunity to pursue and achieve our American dreams.

Oh how the modern civil rights movement as fallen. Dr King would be appalled that the movement for which he sacrificed his life has made thugs/criminals, Trayvon Martin, Micheal Brown and Freddie Gray civil-rights heroes, household names; representing our people. Black teacher, Colby Burnett took the top prize in Jeopardy’s Tournament of Champions. With the epidemic of black school dropouts why hasn’t the NAACP, the Congressional Black Caucus, Leftist black leaders and their fake news media buddies pushed to make Colby Burnett a household name?

The modern civil-rights cartel does not care about Colby Burnett because a black man hitting the books, making right choices and achieving success does not fit their America sucks for blacks lie. Mr Burnett does not move Leftists’ transformation of America ball forward.

The Alabama State marching band spelled “Trayvon” on the field during their halftime show. http://bit.ly/2g6yhMw Black students would have been better served had the band spelled “Colby”on the field, the name of the Jeopardy Champion.

Somewhere along the way, the NAACP lost its way, becoming about exploiting their people to get paid. Did the NAACP, Jesse Jackson, Al Sharpton and other black civil rights leaders meet in a smoke-filled room with America hating Leftists? “Look guys, keep your people believing they are victims of an forever racist America, hating cops, hating conservatives, hating the rich, hating Republicans, addicted to government dependency and loyally voting for democrats. We will pay you.”

Leftists have paid black hate America groups over a hundred million dollars to incite racial division, violence and chaos in our streets. http://bit.ly/2aYw0Ol The NAACP has morphed from black activism into operatives of Liberalism. Rewarded with money and political power, the NAACP has a vested interest in blocking real black empowerment. This is why the black civil right cartel seeks to destroy conservative and Republican blacks who achieved their American dream without kissing the ring of Leftists.

Blacks unknowingly assumed Obama was their black president. In reality, Obama was first and foremost a Leftist, committed to implementing the Leftist agenda against the best interest of black Americans.

Leftists hate having babies because they believe childbirth harms the planet. http://ind.pn/2sQCed0 Obama and the democrats are huge advocates for Planned Parenthood. PP was founded on racism to reign in black births. http://bit.ly/2q0cmgx Most PP chop shops (79%) are in black and Latino neighborhoods. http://bit.ly/2yGBKwR

Blacks are aborting themselves into extinction. http://bit.ly/1oGRjVA A black pastor revealed that 1,800 black babies are killed daily via abortion. http://bit.ly/2yGBKwR Why aren’t the Black Lives Matter people screaming about this massacre? A pro-life group sponsored a billboard in a black neighborhood which read, “The most dangerous place for an African American is in the womb.” http://fxn.ws/2xA2HSF Guess who was outraged and demanded that the billboard be removed? Al Sharpton on behalf of the civil-rights cartel. http://bit.ly/2yGGG4T

It is not surprising that the NAACP did not do the right thing; advise black NFL players to respect their country, their fans and their employer who has made them wealthy. That is what I believe MLK would mentor players to do. The NAACP does not have the NFL protesters’ best interest at heart. The NAACP views the NFL protesters as useful idiots, offering them an opportunity to further Leftists’ anti-football, anti-Trump and anti-America agenda.

I place the NAACP atop my list of Black Betrayers. These blacks have forgotten where they came from; abandoning their mission of black empowerment for mammon and approving pats on the head from Leftists. Truly unfortunate. 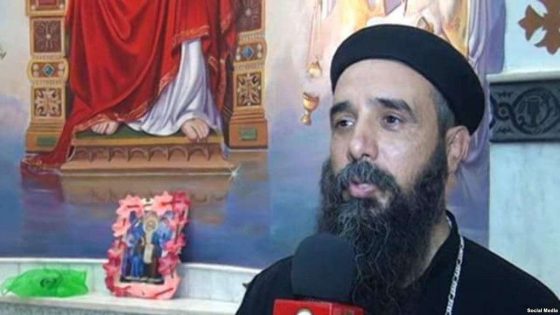 We are not without sympathy for the Muslim Egyptian who is under pressure, indeed coercion towards a Sharia fundamentalism that’s touted today in Egypt – in particular by the powers-that-be from Al-Azhar Institute, the Muslim Brotherhood factions and the fundamentalist Salafi remnant currently influencing believers.  It is difficult to be patient with the slow process of expunging or relegating these influences and the long-haul of reform (if in fact the effort to do so actually exists in Egypt today as we are told) when the outcome of Sharia brainwashing is so gruesomely apparent in crimes such as last Thursday’s bludgeoning to death of Coptic Christian Orthodox Monsignor Samaan Shehata.

In an indisputable act of jihad by a Cairo Muslim named Ahmed Saayed Al Sunbaty wielding a sword in the streets of Al Marg in Egypt’s capital city, two Orthodox priests, Father Beeman Muftah and Monsignor Samaan, became the targets of this jihadist.  On Thursday, October 12, the two priests were visiting Cairo to raise funds for the poor villagers of Bani Sweef (Al Minya). They departed from a store (a construction steel seller) and returned to their car where the Monsignor realized he forgot his cell phone in the store. Father Beeman asked their driver, Gerges Kamel, to accompany the Monsignor on his return to the store in order to retrieve it.

There was water in the street dividing us.

I followed him separated by water, and suddenly I saw a man carrying a sword begin to follow Monsignor Samaan who began running toward the store. At the store entrance, the attacker reached the Monsignor and stabbed him in his side. Monsignor fell to the ground. At that point, the killer stabbed him again in the neck, slaughtering him. The murderer then hit him in the skull and then carved a cross with the same tool into Monsignor Samaan’s forehead.

The driver continued to say that the street was filled with pedestrians who were present at the scene, but no one intervened. The jihadist ran off but not before tossing onto the Monsignor’s body a handwritten note from his pocket. It all happened in four minutes.

Ahmed Saayed Al Sunbaty was apprehended by citizens with the police who by then were a few meters away from the carnage.  The Monsignor remained alive for another half hour waiting for an ambulance to navigate Cairo’s streets. It arrived one hour after he died. Some say dispatchers work slowly when an emergency call comes in for Christians. Mr. Kamel estimated that the Monsignor’s life could have been saved.

Rumors began to circulate about the attacker’s mental state with labels such as “mentally unstable” and “out of his mind,” which is often heard when Copts are the victims of attacks and a legal case for “insanity” begins to build. But this time, eyewitnesses, including the priests’ driver, Mr. Kamel, emphasized seeing a very deliberate and wholly conscious actor. Later, Al Sunbaty admitted under preliminary interrogation that his action was intentional and fulfilled his desire to get rid of infidels. This is confirmed by the hand written message Al Sunbaty threw down onto his mutilated victim. It stated, “Praise be to Allah. The operation was successful.”

Al Sunbaty’s neighbors told reporters that he lives in the area where he murdered the Monsignor and is well-known for his devotion to Islamic jihad, often directing insults to Christians. In general, Copts rekindled the ire of jihadists when they became one of the forces favoring removal of the former Muslim Brotherhood ruler, President Morsi. Copts were labeled as enemies for their political views after June 30, 2012 and hostility toward Copts proliferated throughout radio and television broadcasts until today.

Reaction to the incident has brought only silence as of yet from Islam’s highest governing authority with its Sunni Muslim Institute located in Cairo. The Institution of Islamic scholars is obstinate when it comes to the slightest reforms and least of all to jihad, one of the major pillars of Islam. As of this writing, no statement has come from President Al-Sisi who normally garners praise from Copts.

Coptic Bishop Rafael addressed government authorities in a statement making mention of the increase of frequency of jihad since churches began to burn in 1972, the very year Monsignor Samaan was born, adding that it demonstrates how poorly the state is handling religious crimes and the extremism of a culture which needs to change by a huge effort yet to begin. Defective security monitoring, prosecution of victims instead of the perpetrators, releasing the guilty without penalty when arrested; all foster the system of religious jihad, stressed the Bishop.

The late Monsignor Samaan, who entered the priesthood in 1998 and was promoted to Monsignor in 2016, was laid to rest within a day of his murder. At his funeral, Bishop Rafael addressed parishioners, “We are all ready to die for the Christian faith.” Not a soul could disagree. Referring to terrorists, the Bishop said, “The blood of our martyrs is the seed of the Church – each murder by a terrorist flourishes our Church – sadly they [terrorists] do not understand that.”

Agreement came from Germany, where Pope Tawadros II resides temporarily for therapeutic reasons, in his statement expressing the Monsignor’s final reward for a purposeful life and death: “celebrating with heaven, receiving another martyr to paradise of joy…he joined the procession of victory like his predecessors of the Church…” Indeed.

Voice of the Copts offers condolences to all who knew and loved the Monsignor. Our prayers and sympathies go to Monsignor Samaan’s family and congregation. We hope and pray as well that President Al-Sisi is enabled and directed by the Almighty to work toward equality throughout Egypt’s system of justice, end anti-Coptic rhetoric, and begin genuine reform within Islam despite the very discouraging signs we see — all as a foundation to build a better future for Egyptians.