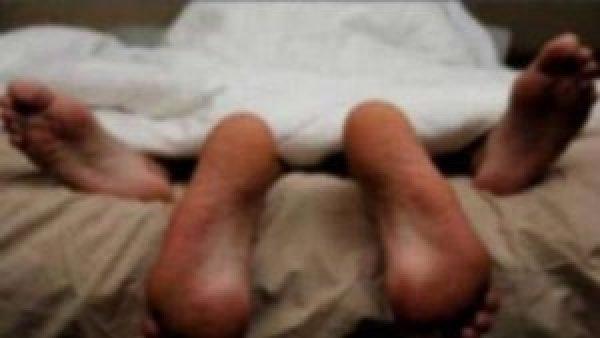 Al-Azhar Institute is scrambling to protect and defend the Islamic faith, its traditions and foundational beliefs – clamping down on Islamic scholars who reveal truths that will damage Islam’s position as a “heavenly” religion. By labeling them “incompetent,” the Institute muzzles religious researchers. Currently, the highest authorities of Al-Azhar are ignoring President Al Sisi’s requests for “renewal of Islamic discourse,” which aims for discussions to temper interpretations of the Hadiths and the Sera doctrinal books.

Islamic authorities stifle discourse in the media when scholars of their own as well as other independent researchers expose embarrassing doctrine or examine it. Al-Azhar rejects any formal attempts by the government to have an open discourse. Copts care about this issue because so much of the violence against them can be traced to Islamic verses containing hatred and violence, which back it up.

The Coptic community remains certain that Ah-Azhar Institute is an enormous obstacle to societal equality and progress for human rights in Egypt — the country is dysfunctional with oppressive norms, discriminatory regulations, lawlessness and violence against a prescribed underclass that includes all non-Muslims. This is all doctrinally sound.

Islamic doctrine is discussed in the media and Al-Azhar reacts

In the middle of last month, while Al-Azhar denounced a liberal law in Tunisia, the Institute created a national scandal within Egypt when it reacted to the pronouncements of two of its comparative-religion professors – Dr. Sabry Abd El Raauf and Dr. Suaad Saleh – both specialists in the field of religious doctrine. While appearing on an Egyptian TV talk show (ITC Satellite TV) by invitation, Professor Dr. Sabry Abd El Raauf answered a call-in question about the acceptable practice of necromancy. Necromancy – a solid component of Islamic religious doctrine – tends to be a subject of derision for Egyptian school children but nonetheless a gruesome reality.

Unseemly and demonic to those in the biblical tradition, for Muslims, communing with the dead as a practice was accurately explained by the expert-professor as permissible and allowed by Allah (“halal”). He further qualified that, “This practice is against human nature but cannot be considered sin [“haram”].” Dr. Raauf was using his knowledge of the Quran, Hadiths and Sera – the doctrinal books of the Islamic faith. He clarified that a man would not be punished for engaging in this.

According to Islamic practice, the doctor’s response to the caller automatically established an edict or “fatwa” (a religious decree) just by virtue of answering the question. Typically, when a religious decree is made in such a way it is recorded by number and entered into the edict registry and disseminated around the world. (The dos-and-don’ts edicts keep piling up to govern world-wide followers of Islam.) As a comparative-religion professor and expert on solid grounds, Dr. Raauf was shocked at what occurred next. He was called in by his employer, the Al-Azhar Institute’s Vice-President’s office, and threatened to be fired. What had he done wrong?

After all, as recent as May 2011, an Algerian Imam, in a fresh statement of endorsement and reinforcement of the truth just expressed by the professor confirmed it with the question, “Who am I to disagree?” Also in 2012, a member of Egypt’s majority-Muslim Brotherhood parliament submitted a bill to clarify that sexual intercourse with a dead wife must occur within six hours of her death. Furthermore, Egyptian children in the Al-Azhar curriculum learn this lesson in school from religious textbooks.

According to pre-eminent Islamic teaching texts, Islam’s adherence to necromancy stems from a “strong” classification based upon the Hadiths (the religious source) as opposed to a “weak” one. If “weak,” Professor Dr. Raauf would have stressed that no one need follow it, and his edict affirming the practice could never have been produced. According to a current statement on the Al Tahir website — Egypt’s electronic daily newspaper with a mission to bring truthful information to readers — intercourse with the dead is part of the Islamic heritage and is still rightly being taught.

Disturbingly as well, according to the website “the farewell intercourse” is “…fixed among the pages of books of Islamic heritage for decades without revision or modification.” The Al Tahir statement continued with, “…until many of them [pages] became a guide [for teachers] causing the escalation of attacks against them [teachers] instead of attacking the sources the fatwa was built on.” This last quote might as well be an indictment of the Al-Ahzar Institute’s reaction to the correct professor.

Dr. Suaad Saleh was reprimanded along with Dr. Ruaaf because she answered a caller in a second talk show to produce in the same way a “fatwa” (religious decree) about the existing practice of bestiality, confirming what every Muslim knows to be true by the content of their sacred books. Intercourse between humans and animals is “halal” (permitted) but does, however, carry various penalties or prescribed procedures unlike the topic addressed by Dr. Ruaaf. Both practices are not merely facts out of Islam’s history (meant for only a time and place in the past) but are relevant today and applicable to modern-day worshipers.

Copts live in a culture where the dominant values are set by a “foreign” doctrine and regulated by edicts accordingly. It goes without saying that Copts have never adopted the degrading practices of jihad, necromancy, bestiality and honor killings – just to name a few. Instead, Christians in Islam’s midst counter this by the life-affirming, life-giving ideals rooted in their religious doctrine and spiritual walk.

For Copts, manipulation by deception (“taqiyya”), adds psychological damage to their physical endangerment. Denial as an aspect of deception can be seen here with Al-Azhar leaders at Cairo’s October 17 conference entitled: International Conference of Ifta (Fatwas): The role of the fatwa in the stability of societies. During his opening speech, Mohammed Al Tayeb, the Grand Imam of Al-Azhar Institute, shifted blame away from the evidence-linked facts of the Institute’s teachings leading to death and destruction onto the machinations of the international community. He said, “a link between terrorism and Islam is a falsification in the consciousness of Muslims, distracting them from the real cause behind terrorism, which in my view is the unjust international policies that know nothing about the human brotherhood in countries that manufacture weapons and export them to ignite strife in Muslim countries.”

Geo-political actors are guilty as the quote points out. However, Islamic doctrine and practice provides a culture groomed and ready for exploitation. Islam is weaponized and counterfeited in the Middle East precisely because the narrative is plausible and easily digested by the western world. Imagine for one moment that a world conference is hosted by the pre-eminent Al-Azhar Sunni-Muslim Institute of Cairo in which speeches are made denouncing unequivocally each crime committed in the name of jihad and every church and village bombing done in the name of Islamic supremacy.

Replacing the normal platitudes of “peace,” which signify nothing, with genuine apologies as a precursor to altering interpretations of texts would transform the world and form a natural resistance to war games that exploit the vile nature and unreformed character of Islam.