Under the “Choom Gang” President Obama, illegal and legal drug use has accelerated. The role of billionaire hedge fund operator George Soros in the crisis that is taking tens of thousands of lives a year is examined by drug policy expert David Evans. Soros is behind the marijuana movement and even heroin injection centers, such as those proposed in Seattle. Evans looks at how the drug companies pushing opioids benefited from a law passed by Congress and signed by Obama and sparked an opioid epidemic. 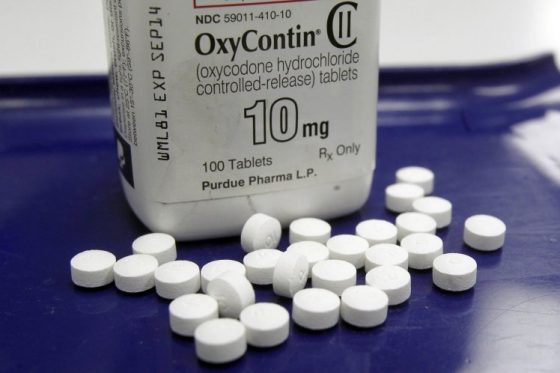 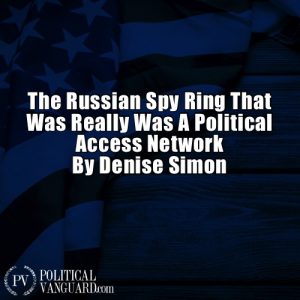 Three Trump operatives have officially been indicted by the Department of Justice.

Two of the three of those indicted, Rick Gates and Paul Manafort had significant questionable financial  activities long before joining the Trump campaign operation. The third lied under oath about his activities that, in and of themselves, were not illegal.

What didn’t happen was an indictment for actual campaign collusion.

Even so, we shouldn’t lose sight of the fact that Russia is not just interested in American politics. It wants to influence American politics and because we have an open society, there are thousands of open lanes into the United States.

It is not science fiction. It is not something from the Cold War era. It is in real time and happening today.

Russian operations include spying, business deals, shell corporations and policy issues. In fact, spying to business networking, fits a long pattern of activity by the Russian foreign intelligence service or SVR, which has a robust and wide operation. It uses not only human assets but also cyber, social media and real weapons.

In recent years, Moscow’s spying success was due in great part to the Obama Administration’s deference to the Kremlin. Even though the Obama White House was aware of SVR activities, it had other objectives than stopping Moscow’s SVR operations.

Obama wanted Putin’s cooperation for the Iranian nuclear deal and to get out of two military conflicts while not taking part in a third, Syria. Putin went along with those objectives but had a different end game.  Putin went along because he knew it would expand the power of the new Russia.

Cooperation or not, that didn’t slow down Soviet spying.

Consider the Russian spy ring criminal complaint, as detailed here, filed in 2014.  The FBI expended years of time and resources building that case against SVR.  In the end, however, no more than a spy swap ended the matter.

That was no more than a slap on the wrist given that spy ring gained political access to the Obama powerbrokers for other deals like Uranium One.

The Uranium One deal goes back to 2005 when Hillary Clinton was a New York senator.

One of the committees upon which Hillary served was the Committee on Armed Services, which has 3 subcommittees. Armed Services has jurisdiction over space activities, common defense, cyber, military research and development, nuclear energy, petroleum reserves and strategic materials for the common defense. Hillary served on that committee from 2003-09.  Those dates overlap with the spy ring activities referenced above.

There is also the CFIUS committee.  The law requires foreign entities to apply to purchase American companies or interests. There are significant assurances required before CFIUS approval can be obtained.  There can be no money laundering, applicants or foreign companies cannot be on the U.S. Treasury sanctions list and the proposed activity can’t pose a risk to the national security for the United States or interests worldwide.

In the case of Russia, in the Obama/Hillary years, exceptions were allowed. Things did backfire as noted below, but it was the little guy(s) who got caught up in the legal snare.

All of that is part of the Kremlin hybrid warfare operation that not only deploys spies, but also uses cyber penetration, lobbyists, propaganda and murder.

The Clinton Operation, along with the Clinton Foundation, in cadence with The Podesta Group, had a long-term mission to exploit the State Department with Ukrainian and Russian connections for the sake of power and money.

Law firms in New York and in Washington DC were busy working on the deal, including those recommended by the Obama White House, i.e. Perkins and Coie.

A key Perkins and Coie partner, Marc Elias, was also the Hillary campaign legal counsel and took up the offer of Fusion GPS to continue to opposition research on Trump and his team all the way to St. Petersburg, Russia.

The Clinton operation is crafty and cunning.

It ensures that their fingerprints are not on any smoking guns, i.e. documents.

They use the little guys on the payroll and lawyers as the front line operatives. Those exact tactics are used by Putin as well.  The Kremlin has a global network much more deadly and aggressive that than of the West. The United States is getting outplayed where it will take years and legislation to catch up.

As Nolan Peterson of the Daily Signal in part writes:

“Hybrid warfare is the Kremlin’s contemporary take on a Soviet military doctrine called “deep battle,” in which front-line combat operations are supported with operations to spread chaos and confusion deep within the enemy’s country. Hybrid warfare also draws on the Soviet Union’s well-documented history of “influence operations” against the U.S. and other Western allies.

In effect, Russia’s overall strategy to undermine the West hasn’t changed all that much from the Soviet Union’s playbook. But the world in which those Soviet theories are now put into practice is a radically different one than during the Cold War.”

Cold War schemes, spy rings, side business deals, cyber penetrations concocted by Moscow are in full operation today against the West and across the globe. For the United States to merely expel some diplomats and shutter two dachas is hardly an appropriate response to Putin’s aggressions not only levied on the United States but to allies including Ukraine among many others.

Putin is calculating, strategic and patient. He is the forever leader of the new Russia and has a plan that is working, until the West can be savvy and mobilize his opposition in his country.

The reader is encouraged to draw back to a bird’s eye view, way beyond the dossier and consider the work and risks at the hands of the professionals. The scenery is quite different. Final public service announcement, watch those interactions on social media, many are likely paid trolls.