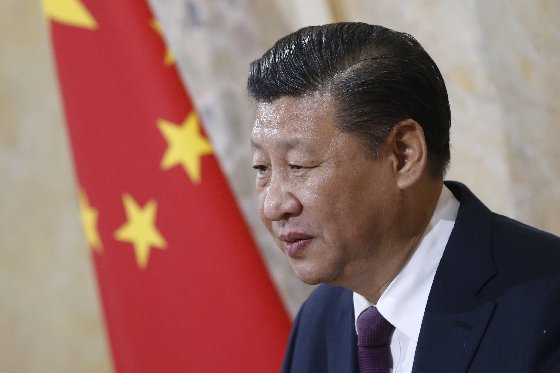 The ghost of Mao is rising in Chinese President Xi Jinping. He is now President for life. China has elevated the stature of President Xi Jinping and cemented his grip on power by including his name and political ideology in the Communist Party constitution. He currently serves as General Secretary of the Communist Party of China, President of the People’s Republic of China and Chairman of the Central Military Commission. Xi is referred to as China’s “paramount leader.” He is now on a par with Chairman Mao Zedong who founded the People’s Republic of China in 1949 and paramount leader Deng Xiaoping, who oversaw China’s opening up to the world.

Not since Mao has this much power been in the hands of one man in China and moves are now afoot to strengthen the Communist Party there as well. Chinese officials have told Christians living in poverty to replace religious images in their homes with portraits of Chinese President Xi Jinping or lose government assistance. Christians in Yugan county, which is a rural, impoverished area in southeast China, were told by Communist Party officials to remove their religious artifacts and hang portraits of Xi in their place. The order comes as part of a program described as an anti-poverty effort that also seeks to “transform believers in religion into believers in the party.”

“Help turn those who believe in religions into believing in the Party” pic.twitter.com/dKXnmX1KK8

This heavy handed order “hearkens back to the era of the personality cult” surrounding the late Communist dictator Mao Zedong, whose portraits were once universally displayed in Chinese homes. Mao was and still is worshiped like a God in China. Xi is consolidating power and aims to walk in his footsteps. His regime could be easily a brutal one. Military wise, China gets stronger and more dangerous by the day. And they are still using North Korea as a proxy and a distraction while they continue their geopolitical chess moves to garner power, real estate and resources.

Qi Yan, chairman of the Huangjinbu people’s Congress and the person responsible for the township’s poverty-relief efforts, said the campaign has been in effect since March and villagers have used it “voluntarily.” Right, because they ‘voluntarily’ want to stay alive by not starving to death. “Many poor households have plunged into poverty because of illness in the family. Some resorted to believing in Jesus to cure their illnesses,” Qi said. “But we tried to tell them that getting ill is a physical thing and that the people who can really help them are the Communist Party and General Secretary Xi. Many rural people are ignorant. They think God is their savior,” he continued. “After our cadres’ work, they’ll realize their mistakes and think: we should no longer rely on Jesus, but on the party for help.”

More than 1,000 portraits of Xi have been distributed to residents’ homes. Religious artifacts supposedly can be hung in other places in the home, but knowing the Communist Party, that won’t be allowed for long, if it is even now. This is the beginning of a brutal crackdown on religion. The Chinese people will either submit to communism and bow before Xi, or they will die. “We only asked them to take down [religious] posters in the center of the home,” he said. “They can still hang them in other rooms, we won’t interfere with that. What we require is for them not to forget about the party’s kindness at the center of their living rooms. They still have the freedom to believe in religion, but in their minds, they should [also] trust our party,” he added. That’s called indoctrination.

Around 10 percent of the region’s 1 million inhabitants are Christian, and a similar percentage of the population lives below the poverty line. The Communist Party’s effort to link poverty reduction with the party-sponsored atheism is a coercive part of the government’s effort to control every aspect of Chinese society, critics say.

A Yugan county resident identified only as Liu said that many of his neighbors have recently been told to remove religious artifacts from their homes.

“Some families put up gospel couplets on their front doors during the Lunar New Year, some also hang paintings of the cross. But they’ve all been torn down,” he said.

Liu said the residents did not remove the images voluntarily but were coerced by the party.

“They all have their belief and, of course, they didn’t want to take them down,” he said. “But there is no way out. If they don’t agree to do so, they won’t be given their quota from the poverty-relief fund.”

According to Catholic News Service, a priest in northern China identified only as Father John, told ucanews.com that Xi has become “another Mao,” and predicted that party officials in other areas of the country will launch similar programs.

China is seeing a growing number of secret detentions and closed-door trials and a blatant disregard for due process. Authorities are also increasingly willing to ignore health problems among political prisoners, who campaigners say already face solitary confinement or harsh conditions locked up with hardened criminals who dish out beatings and other abuse. Torture is common and Chinese prisons for many are a death sentence.

Xi has taken down senior leaders in his anti-corruption drive, launched an unprecedented crackdown on free speech and radically overhauled the two-million strong People’s Liberation Army, the world’s largest fighting force. Xi declared that China should “take center stage in the world,” and that its brand of socialism offers “a new choice for other countries.” He added that, “no one should expect China to swallow anything that undermines its interests.”

China’s reach is extending and a Chinese strongman has arisen. Xi is Mao reborn.