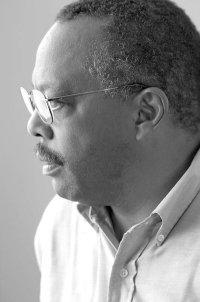 Scott Douglas is an Alabama activist. He is Executive Director of Greater Birmingham Ministries “a multi-faith, multi-constituency and multi-racial organization that provides emergency services to families in economic crisis while working with congregations and low-income residents to reclaim communities, identify and fill gaps in social service infrastructures and build community confidence in self-governance through inclusive, participatory, transparent and democratically accountable civic and voter engagement.”

“We touched as many people as we could,” said Scott Douglas, speaking on behalf of the Stand As One Coalition.

Scott Douglas is a native of Nashville, Tennessee and attended the University of Tennessee in Knoxville where he co-founded the University’s Black Student Union in 1967. Residing in Birmingham since 1976, he served under the leadership of Rev. Fred Shuttlesworth and Communist Party USA leader Anne Braden as Executive Director of the Southern Organizing Committee for Racial and Economic Justice from 1984-1989. He was Southern Regional Program Officer for the Partnership for Democracy Foundation from 1989-1992. After a stint as the first Environmental Justice Grassroots Organizer for the Sierra Club, Douglas became leader of Greater Birmingham Ministries.

Douglas is a former board member of the Birmingham Civil Rights Institute and currently serves on the boards of the Progressive Technology Project, the Equal Justice Initiative of Alabama and the Hispanic Interest Coalition of Alabama. He has written articles on social and racial justice for Southern Exposure, Howard Law Journal, the National Newspaper Publishers Association and the New York Times. He has also condemned Alabama’s tough anti-illegal immigration laws on the Colbert Report, where Stephen Colbert described him as a “community organizer who believes anti-immigration is the civil rights issue of our time.”

Douglas is a member of Saint Paul United Methodist Church.

On November 15-16 1991, 30 dissident members of the National Committee of the Communist Party USA, including Scott Douglas, convened a meeting to “sign a statement of events” – most or all signatories were soon to break with the party and were later to form the Committees of Correspondence.

In recent years, Douglas has been involved in organizations such as the Pushback Network, Kopkind Colony and Rockwood Leadership Institute, which are associated with the Freedom Road Socialist Organization, which is now the most influential communist group in the US South.

Douglas lost that race, but he got sweet revenge with Doug Jones.