While at [Washington Field Office] did Mr. McCabe provide assistance to the Clinton investigation?

After the referral was made, FBI Headquarters asked the Washington Field Office for personnel to conduct a special investigation. McCabe was serving as [Assistant Director] and provided personnel resources. However, he was not told what the investigation was about. In February 2016 McCabe became Deputy Director and began overseeing the Clinton investigation.

The Overview also shows if asked whether McCabe played any role in his wife’s campaign, the scripted response was: “No. Then-[Assistant Director] McCabe played no role, attended no events and did not participate in fundraising or support of any kind.” More here.

Why do heads seem to be rolling—or at least tilting—at the Department of Justice and FBI?

Eight high ranking Department of Justice and FBI officials have been removed, reassigned or are rumored to be leaving. They include the top FBI agents who worked on two of the agency’s most high-profile investigations in the past two years: the probe into Hillary Clinton’s mishandling of classified information as secretary of state, and the Trump-Russia collusion investigation.

There’s been a great deal of news coverage about allegations of collusion between President Trump and Russia; much of the reporting apparently accurate and some of it not.

Less attention has been given to concurrent investigations that seem to be claiming scalps even if indirectly.

The investigations into the investigators include Congressional inquiries and a multi-faceted probe launched by Department of Justice Inspector General Michael Horowitz surrounding the FBI decision not to prosecute Clinton. Specifically, Horowitz—who was appointed by President Obama—said he’s reviewing:

Below are some of the players. Their inclusion in this article does not imply any wrongdoing. None of those mentioned are formally accused of any improper activities. Their past or pending job status may not be related to the controversies discussed. To the extent that any have commented, they firmly deny any misconduct and are staunchly defended by supporters and colleagues. 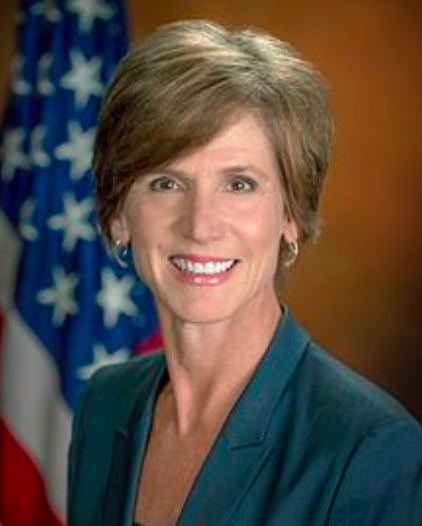 Under questioning from Congress, Yates admitted that as Deputy Attorney General under Loretta Lynch, she engaged in the sensitive practice of unmasking and reviewing classified documents from “Trump, his associates or any member of Congress.” Later, as Acting Attorney General, Yates ordered Justice Department attorneys not to defend President Trump’s ban on certain Muslim visitors from entering the U.S.

Latest: President Trump fired Yates in January 2017. She was both praised and criticized for her stance on the travel ban. Since her firing, Yates has attacked President Trump in public referring to him as as “shamelessly unpatriotic,” saying he has “indifference to truth,” and claiming his “respect for the rule of law” is “in tatters.” 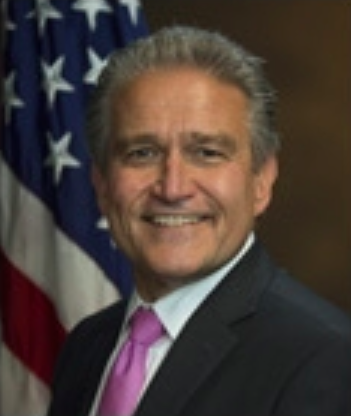 Alleged conflicts of interest with the Hillary Clinton campaign and alleged disclosure of nonpublic information for political reasons.

During the FBI investigation of Hillary Clinton, Kadzik appeared to tip off Clinton presidential campaign chairman John Podesta about two issues: an upcoming hearing where a Justice Department official would be asked about the Clinton emails, and the timing of the release of some Clinton emails. Kadzik previously worked for Podesta as an attorney. He denied any wrongdoing.

Latest: Kadzik left the Justice Department in January 2017 and works in private practice. 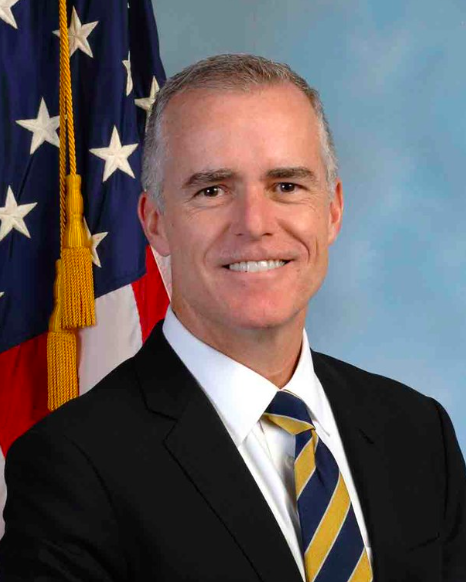 Failure to exclude himself from leading the Hillary Clinton email probe despite alleged conflicts of interest.

Appointed by James Comey, McCabe led the FBI investigation that determined Hillary Clinton should not be prosecuted for her mishandling of classified emails. McCabe’s wife had reportedly received $700,000 for her unsuccessful Virginia senate campaign from close Clinton ally Virginia Governor Terry McAuliffe. (McAuliffe was also said to be under FBI investigation regarding campaign contributions from a Chinese businessman. He has not been charged and has denied any wrongdoing.) 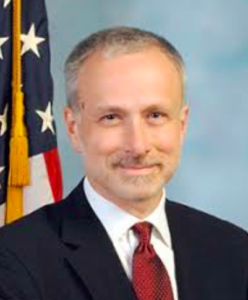 Baker also served as counsel for McCabe during Congressional questioning. Separately, Baker was allegedly in contact with a reporter who published the first story about an anti-Trump “dossier” alleging ties between Trump and Russia. (The reporter denies Baker was a source.) The dossier was presented shortly before the election as if it were an intelligence investigative file. But it turned out to be political opposition research funded by the Hillary Clinton campaign and the Democratic National Committee. Congress is investigating whether the FBI improperly used the dossier to convince a secret court to authorize wiretaps to surveil Trump associates. The FBI reportedly secretly offered to pay the author of the dossier to keep pursuing leads after the election, but the deal wasn’t ultimately consummated.

Latest: Baker has reportedly been reassigned. His supporters have told reporters the reassignment is unrelated to the investigations and that he did nothing wrong. 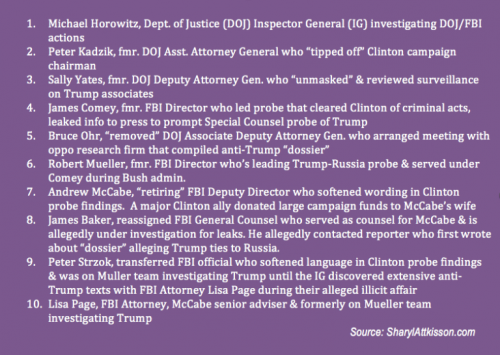 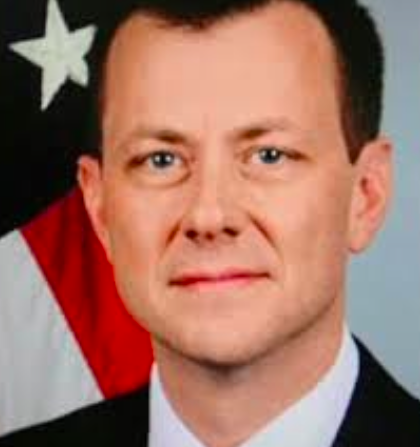 While Strzok worked on the Trump-Russia investigation, the Inspector General unearthed anti-Trump text messages Strzok had exchanged with FBI attorney Lisa Page, a fellow member of Mueller’s team with whom Strzok was reportedly having an illicit affair.

Latest: Strzok was ousted from Mueller’s team and transferred to human resources in August after the controversial anti-Trump text messages were discovered.

Page was on the FBI Mueller team investigating alleged Trump-Russia collusion. She had exchanged anti-Trump text messages with Strzok, the top FBI agent on Mueller’s team, with whom she was reportedly having an illicit affair.

Excerpts from text exchanges between FBI couple Strzok and Page who served on the Mueller team investigating Trump:

Page: “I cannot believe Donald Trump is likely to be an actual, serious candidate for president” and “God(,) Trump is a loathsome human.

”Page: “I just saw my first Bernie Sander [sic] bumper sticker. Made me want to key the car.”

Strzok: “He’s an idiot like Trump. Figure they cancel each other out.”

Strzok on Election Day when he learned Trump could win: “f*****g terrifying.”

Strzok: “I want to believe the path you threw out for consideration in Andy’s [believed to refer to McCabe] office that there’s no way he gets elected — but I’m afraid we can’t take that risk. It’s like an insurance policy in the unlikely event you die before you’re 40.’’

Page texted that she hoped Republican House Speaker Paul Ryan “fails and crashes in a blaze of glory.” Strzok replied that Republicans need “to pull their head out of that *ss. Shows no sign of occurring any time soon.” 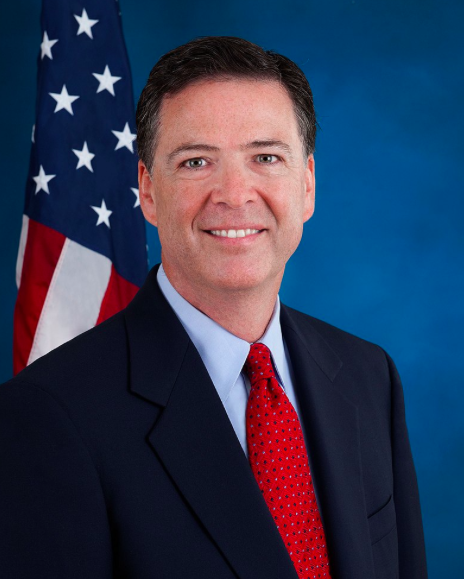 Comey originally served under George W. Bush and briefly under President Trump. Once he was fired by Trump in May 2017, Comey secretly leaked a memo to the press to engineer the appointment of a special counsel to investigate alleged Trump-Russia collusion. 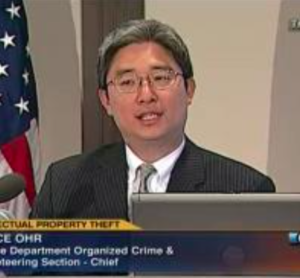 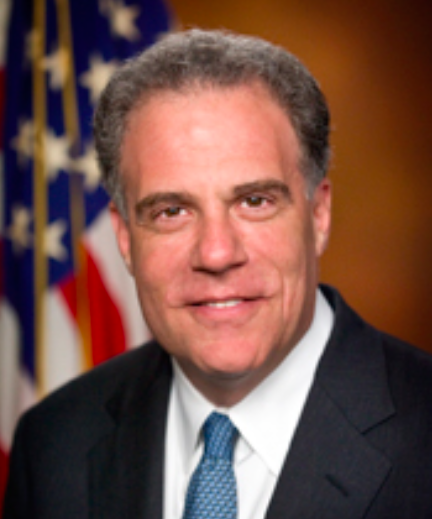