We now have ironclad evidence that the Obama administration mounted at least two distinct and extraordinary efforts to weaponize government against its political opponents.

It used the instrumentalities of government to target members of the opposite party and — worse still — to influence the outcome of a presidential election.

Citizens United and the IRS

In 2010, the Supreme Court ruled that the government could not ban movies and books (the Citizens United case, which protected political free speech). Shortly thereafter, during a State of the Union address, President Barack Obama went so far as to hector Supreme Court justices to their faces regarding that decision.

Not long after, key officials of the Internal Revenue Service began targeting conservative groups based upon their name or mission. The terms they looked for included “Tea Party”, “Patriot” and “9/12”. 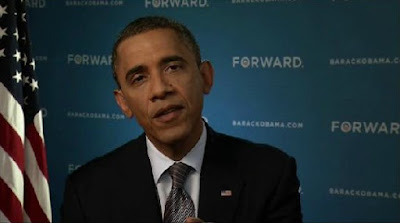 Not only did the IRS methodically delay targeted applications for non-profit status but they also interrogated the applicants with lengthy and frivolous questionaires. In one case, the agency asked a pro-life group to list “the content of their prayers“.

In spite of a largely uninterested media, the IRS scandal generated a sufficient uproar that the Obama FBI and the DOJ were both tasked with investigating the agency.

Both probes resulted in no criminal charges, although there was overwhelming evidence that key officials in the IRS had conducted politically motivated targeting of these groups.

But a two-headed scandal of significantly more import was about to be revealed.

Over the course of 2015 and 2016, a set of parallel investigations — both politically motivated — were unfolding. Led by the topmost officials in the DOJ and the FBI, the two probes consisted of:

Most troubling, it now seems clear that the origins of the dossier were disguised; it was apparently repackaged by the DOJ and the FBI into a Foreign Intelligence Surveillance Court warrant (a FISA application), which would allow the Obama administration to wiretap the Trump campaign, and later his transition team.

In the days leading up to the general election, the Russian conspiracy theory was relentlessly marketed by the Clinton campaign itself as well as Senate Minority Leader Harry Reid. The lie was to no avail.

The very next day, Trump moved his headquarters to a location in Bedminster, New Jersey. For Rogers’ troubles, top Obama intelligence officials, including Director of National Intelligence James Clapper, recommended the NSA chief be removed from office.

We have briefly summarized two of the most dangerous scandals in American history.

So, tell me: is there a single Democrat who has decried these tactics?

I do not know of a single one.

President Obama’s use of the Executive Branch to crush the opposition party is without precedent. And yet, the media and prominent Democrats have been either silent on these affairs, or have simply tarred them as standard political antics.

They are diabolical and criminal efforts to undermine the American system of government.

And Democrats, until and unless they themselves are targeted, could give a damn.

The danger is obvious. If weaponization of government becomes the norm, this country is doomed.

I ask: Is there a single Democrat left who gives a damn about America? Who among you will speak up?

3 thoughts on “Is there a single Democrat anywhere who gives a damn about America?”