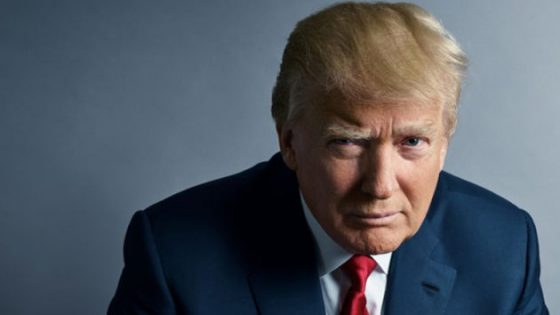 Conservatives and Republicans gave President Trump kudos for his remarkable list of accomplishments in his first year in office. http://washex.am/2DosDQd

One crucial Trump accomplishment appears to have gone unnoticed. Trump repeatedly spoke the truth about issues fake news media demanded that we either embrace its lie about the issue or stay silent. Single-handedly, Trump has opened the door for Americans to freely speak truth again.

When fake news media demanded that we ignore biology and pretend that Bruce Jenner is a woman, Americans played along with Bruce’s mental disorder http://bit.ly/2lLcpZE for fear of public humiliation and economic crucifixion by fake news media.

When Trump announced that he was running for president, Trump said he would deal with the problem of criminal illegals invading our country. Illegals and the accompanying criminals are another issue fake news media forbids us to speak truthfully about. http://bit.ly/2rUT1dZ Trump, in essence, said screw fake news media’s rules about what truths we are allowed to state publicly.

Trump honestly addressing the problem of illegals invading our country sparked a fake news media firestorm against him. Fake news media launched a bogus story line that Trump is a racist who hates all Mexicans. In their usual fearful submission to fake news media, Conservatives and Republicans ran to microphones to condemn and distance themselves from what fake news media decreed to be Trump’s “racist” remarks.

Folks, we are at war; fake news media vs America. Fake news media believes America is the greatest source of evil on the planet. Its 24/7 laser-focused mission is to bring down America from her throne as the world super power. Fake news media also seeks to transform America away from her foundation of Christian values and principles. Fake news media relentlessly sells its lie that a majority of Americans share its disdain for our homeland.

That horrifying Sunday when Americans watched the entire NFL (players, coaches and management), in essence, taking a knee against our country, Americans were stunned with disbelief. How on earth could the NFL think a majority of Americans and football fans agreed with them disrespecting our flag, National Anthem, country, fallen-veteran-active military and brave men and women in blue? In short, the NFL believed fake news media’s bogus story-line that America and cops routinely abuse blacks and football fans would support the NFL protest. Polls confirm the NFL made a huge miscalculation. http://bit.ly/2Cx7Z2R

As I stated folks, we are at war; fake news media vs America.

While you were sleeping or taking your kids to soccer, fake news media began the process of criminalizing speaking truth; disagreeing with its socialist/progressive agenda.