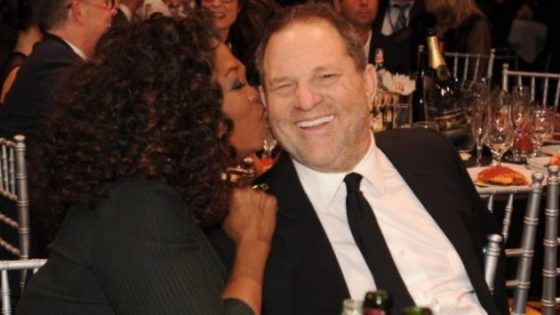 The American Left’s Oprah-mania about her running for president in 2020 is truly absurd. What on earth qualifies Oprah to run our country? I do not consider myself White House material. But if Oprah qualifies, I am a far superior candidate.

Years ago when Oprah became a national phenomenon, I coined the phrase, the Oprah-lizaton of America. It seemed like Oprah seduced many Americans into placing feelings above facts and logic.

Fake news media and most politicians have become Oprah-rized, behaving as though feelings trump everything. For example. Rather than honestly dealing with the negative consequences of illegals invading our country, Leftists and politicians are most concerned with the emotional side of the issue. God forbid we hurt the feelings or harm the self-esteem of illegals who do not give a rat’s derriere about our country or assimilating.

So now, the American Left is giddy over the thought of Oprah becoming our first queen. We’ve seen this horror movie before titled, “Eight Years of Obama”. Fake news media and wimpy republicans would allow Oprah to behave as queen, free to overrule the Constitution; given full reign to cram extreme liberalism down our throats. Opposing or disagreeing with Oprah would be deemed racist and sexist.

In 2008, over 90% of my fellow black voters were hypnotized by Obama’s skin color. I tried to warn black family and friends that Obama was not black in terms of being one of us. Obama was first and foremost a liberal Trojan Horse disguised in black skin; totally focused on furthering the liberal agenda rather than dealing with issues plaguing black Americans. http://bit.ly/2CYfrEl

Oprah’s presidency would be a continuation of Obama’s with more touchy-feely mindless emotion driven stupid punish-America policies. Our ultra-Oprah-rized America would give away everything to everybody; confiscating the earnings of achievers to spread to deadbeats.

In 1976, I worked with Oprah at WJZ-TV in Baltimore. As a graphic designer in the art department, I provided graphics for our morning talk show, “People Are Talking” which Oprah co-hosted with Richard Sher.

Psychic Jeane Dixon was a guest on “People Are Talking”. After the show, Oprah, Ms Dixon, other staffers and I were gathered chatting. Ms Dixon took Oprah’s hand and enthusiastically predicted that Oprah would achieve huge success. I am not saying I believe psychics. I am simply reporting what happened.

Oprah’s rise to fame was truly remarkable; evidence of the good heart of the American people. From her early days of co-hosting “People Are Talking”, I thought Oprah’s gift was an ability to be herself on camera. In those days, blacks on TV seemed overly concerned with convincing white America that they were intelligent. Oprah was simply herself and viewers related to her, an average looking, overweight dark-skinned black woman. Blacks are only 12% of the U.S. population. Therefore, it is obvious that white America made Oprah a billionaire.

And yet, on several occasions, Oprah has passionately helped her fellow America-hating Leftists’ sell their lie that America is a hell-hole for blacks.

While promoting her movie, “Selma”, Oprah despicably claimed that blacks are still suffering the same persecution today as they did in the 1950s. http://nydn.us/2D0qsoU

Clearly, selling movie tickets and furthering Leftists’ America-sucks narrative trumped the truth about how truly far we have come regarding race and being fair to the country that has practically worshiped her.

Oprah no more belongs in our Oval Office than Donald Duck. The idea is totally absurd. We all know how fake news media would treat Democrat presidential candidate Oprah Winfrey. Every word out of her mouth would be deemed the height of brilliance, wisdom, fairness and compassion. Fake news media would brand the Republican presidential nominee the secret head of the KKK, a white supremacist and a sexual predator.

Make no mistake about this folks. Along with changing America by flooding America with a tsunami of illegals, Leftists are obsessed with furthering their sexual revolution; making deviancy normal. http://bit.ly/2CYQtEY Oprah would surely champion her fellow Leftists’ government mandated sexual transformation of America.