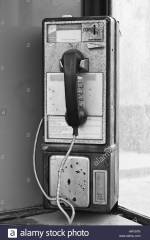 Some of the new cell phone Apps have me blown away; my being from an older generation where we put coins into a payphone to let our parents know we were on the way home and might be a few minutes late.  Take for instance the camera functions that let you take a snapshot of someone.  When you look at the image in your gallery the GPS program has automatically identified and marked the image as per the location where that photograph was taken via a GPS satellite synchronized with Google Maps.

No, I’m not making this up; it’s already a part of our everyday lives.  Now take that another step forward, maybe three or four days from now…

You take a picture and your fancy cell phone not only captures the image but latches onto the digital signature of the other person’s cell phone and combines this information so that the next time you view the photograph it gives you an update on where the holder of that cell phone is located in real time.  Sounds a little far fetched, doesn’t it?

I love the creativity presented by J.K. Rowling and the talented folks who’ve transformed her books into Harry Potter movies; the earlier ones being my favorites compared to the dark and ominous later movies.  Take for instance The Prisoner of Azkaban with the Marauder’s Footstep Map showing the real time location of anyone at Hogwarts Castle; Roaming the halls at night with only his magic wand and this magical map exposed lots of secrets, some of which are quite interesting if you’re a true Potterfan.

How interesting would it be if your cell phone camera could mimic the Marauder’s Map, showing the location of anyone you’d taken a picture of?

“Hey, ya’ll, Fred’s at the Texas Burger down in Madisonville.  Let’s drive on over and surprise him”.   Or perhaps, “I didn’t see John at church today.  Never mind”, pointing to a thumbnail image of him on Goggle Maps up in Dallas, “…he’s visiting his sister this weekend”.  The opportunities would be endless.

Could such an App be used as a tool for police to catch criminals, “Suspect is westbound on Main, just went behind the drug store and appears to be hiding in the alley”.  Then again… would it be another violation of privacy the NSA uses to compile information on citizens in their supposed quest to keep track of terrorist activity?  All they’d need is a snapshot taken with this new fangled technology…

My trip to the near future was a bit unsettling; maybe we should go back to using old fashioned film cameras…lucky for me I still have my old Kodak Brownie, somewhere.