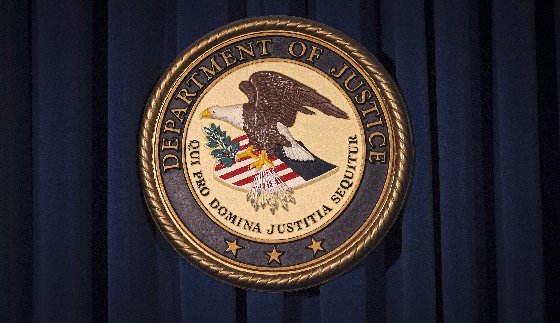 This is disturbing and sounds very damning. Members of the House on Thursday said they viewed a “shocking” classified memo allegedly detailing abuse of the Foreign Intelligence Surveillance Act (FISA) by senior Justice Department and Federal Bureau of Investigations officials in relation to the investigation of the Trump campaign and called for it to be declassified and made available to the public immediately. Many House members were alarmed by what they read in the memo. Several said there is no doubt anymore whatsoever that the abuse by Obama, the DOJ and FBI against President Trump and his campaign was far worse than Watergate ever was.

“It’s troubling. It is shocking,” Rep. Mark Meadows (R-NC) told Fox News. “Part of me wishes that I didn’t read it because I don’t want to believe that those kinds of things could be happening in this country that I call home and love so much.” I know, but we have all known for a long time that these things were indeed happening. It’s time to drag all of this into the open and let Americans see what has been going on once and for all before it is too late. “The facts contained in this memo are jaw-dropping and demand full transparency. There is no higher priority than the release of this information to preserve our democracy,” said Rep. Matt Gaetz (R-FL), a member of the Judiciary Committee, which oversees the DOJ and the FBI.

I have read the memo. The sickening reality has set in. I no longer hold out hope there is an innocent explanation for the information the public has seen. I have long said it is worse than Watergate. It was #neverTrump & #alwaysHillary. #releasethememo

Rep. Steve King (R-IA) went so far as calling what he saw in the memo “sickening” and said it was “worse than Watergate.” King is one of the most honest men I know and that is very strong language from him. He would not say it if it were not true. Rep. Ron DeSantis (R-FL), another Judiciary Committee member, called the memo “deeply troubling” and said it raises questions about the “Obama DOJ and Comey FBI.” That one is all over Twitter this morning as well. “The classified report compiled by House Intelligence is deeply troubling and raises serious questions about the upper echelon of the Obama DOJ and Comey FBI as it relates to the so-called collusion investigation,” he tweeted. “You think about, ‘is this happening in America or is this the KGB?’ That’s how alarming it is,” Rep. Scott Perry (R-PA) told Fox News. “It is so alarming the American people have to see this,” Rep. Jim Jordan (R-OH), a senior member of the Judiciary Committee, also told Fox.

All of this happened after Republican members of the House Intelligence Committee, whose investigators compiled the classified memo, voted Thursday to make it available to all House members. Every Democrat on the committee voted against it. Figures. Then House members viewed the memo in its entirety, hence the shock and outrage. Matt Gaetz (R-FL) says the contents of the memo could very well lead to the firing and possible prosecution of senior DOJ and FBI officials. “I think that this will not end just with firings. I believe there are people who will go to jail,” he said on Fox News’ Hannity. Gaetz stated that this also explains why Senate Judiciary Committee Chairman Chuck Grassley (R-IA) and Judiciary Subcommittee Chairman Lindsey Graham (R-SC) recently pinpointed the Fusion GPS dossier author Christopher Steele for a criminal investigation. “I think there will be criminal implications here,” Gaetz added.

The classified report compiled by House Intelligence is deeply troubling and raises serious questions about the upper echelon of the Obama DOJ and Comey FBI as it relates to the so-called collusion investigation.

The memo reportedly contains information about the dossier put together by Fusion GPS that allege Trump and members of his team colluded with Russians in the 2016 election, according to a report by investigative journalist Sara Carter. She has been all over this from the beginning. In October, we found out that Hillary Clinton’s campaign and the Democratic National Committee funded the fake dossier so it could be used against President Trump. Even though this was political in nature, it was supposedly used by the FBI to obtain a FISA warrant to spy on Trump campaign adviser Carter Page. Who in my book is a Russian plant, but the way this was handled was unethical and illegal. Page should have been gone after on his own dirty dealings with the Russians, not like this. He obviously targeted Trump for them. Instead, they have attempted to tie Trump to Page and call him guilty as well. It’s a set up. And in fact, they have not proven Page guilty as of yet, although I am certain he is.

The Obama administration went all in to undermine Trump’s presidential campaign. They employed “police state” tactics that included spying on the Trump campaign. Members of the public and Congress are now calling for the document to be declassified and released to the public. DeSantis said the House Intelligence Committee, pursuant to House rules, should vote to make the report publicly available as soon as possible. “While the report is classified as Top Secret, I believe the select committee should, pursuant to House rules, vote to make the report publicly available as soon as possible. This is a matter of national significance and the American people deserve the truth,” he said. “Rule X of the House Rules allows the select committee to publicly disclose any information in its possession after a determination by the select committee that the public interest would be served by such disclosure.”

Immediately #ReleaseTheMemo #FISAMemo & ALL relevant material sourced in it. Every American needs to know the truth! We wouldn't be revealing any sources & methods that we shouldn't; only feds' reliance on bad sources & methods.

According to House Rules, if the House Intelligence Committee votes to make the report public, President Trump would have five days to issue an objection. If he objected, it would take a vote on the House floor. I highly doubt the President would object. This is living proof that he has been targeted and those involved must answer to the rule of law here. Otherwise, we are no better than other corrupt governments where politicians get away with targeting their enemies to eliminate them.

3 thoughts on “FISA Abuse By DOJ And FBI Shocks House: ‘Worse Than Watergate’”