Remember the polonium death in Britain? There was a chilling documentary about it. The case still rolls on. 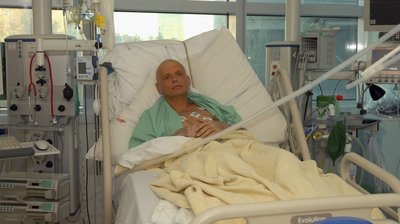 The United Kingdom has frozen the assets of two Russians accused of carrying out the 2006 killing in London of former Federal Security Service officer Aleksandr Litvinenko.

London on January 22 issued the order to freeze the assets of Andrei Lugovoi and Dmitry Kovtun under the terms of the Antiterrorism, Crime, and Security Act of 2001. 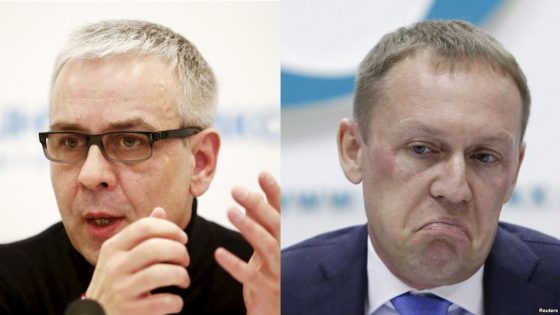 On January 21, Judge Robert Owen, who chaired the British government inquiry into the Litvinenko killing, said he was certain Lugovoi and Kovtun killed Litvinenko by placing a lethal dose of polonium 210 in his tea during a meeting on November 1, 2006.

Both men deny any involvement in Litvinenko’s death. However, British investigators found traces of polonium 210 in hotels, restaurants, and aircraft used by Lugovoi. Lugovoi was reportedly treated for radiation poisoning in Moscow in December 2006.

Lugovoi, a former Soviet KGB agent, was elected a member of the Russian State Duma in 2007. Putin awarded him a state medal “for services to the motherland” in 2015. Hat tip.

Meanwhile, we have the case of Andrey Borodin that lives in Britain and he is a wanted man by none other than Vladimir Putin.

Mr Borodin, who is sought by Moscow on fraud and corruption charges, which he strongly denies, and who was granted asylum in February, told The Independent: “Given that my successful application for asylum in the UK included all details of the Russian criminal investigations and argued that they are politically motivated, I now believe that the Russian authorities are via the media trying to lend credibility to their claims by referring to the Swiss investigation.”

He added: “My lawyers are engaging with the Swiss authorities and I am confident that a satisfactory conclusion will be reached in the not too distant future.”

It emerged in April that Mr Borodin was the target of a potential assassination plot involving a hitman who claimed to have been approached by Chechen political figures and offered as much as £600,000 to kill him in Britain.

The banker, who is a close ally of the former mayor of Moscow Yury Luzhkov, arrived in Britain in March 2011 after a warning that, following years of lucrative success negotiating Moscow’s treacherous nexus of business and politics, his star was on the wane.

The details of the assassination plot, brought to the attention of MI5 after the hitman pulled out of the deal, were considered to be credible. More chilling details to the story here.

So, why do should we care? Perhaps the pressure of nefarious Russian plots and history would explain much of the goings-on in the U.S. political architecture…right? Russia, Russia, Russia….everywhere.

Yes…it seems that Andrey Borodin has hired a U.S. lobby firm, BGR Government Affairs to represent him. The filing form is here. Apparently at issue is a visa problem and well the case is assigned to  Haley Barbour, former Mississippi governor and Republican National Committee chair, and Maya Seiden, a former State Department aide under Secretary Hillary Clinton.

In another meanwhile, after the unchallenged Hillary Clinton scandal of Skolkovo and Silicon Valley, there is yet another operation underway.

Drokova’s new firm, Day One Ventures, will make investments of $100,000 to $1 million from a fund that initially totals nearly $50 million, a person familiar with the matter said. Drokova hopes her experience as an angel investor and a prior career in public relations will give her edge.

“Masha knows a lot of people,” said Serguei Beloussov, a senior investing partner at venture firm Runa Capital and who worked with Drokova until 2014. “She is good in that she gets access to very good startups.”

She is following the lead of several other Russian investors who say that being based in the United States – and raising money from wealthy individuals rather than institutions – helps them get better access to startups and curtails concerns about the source of their money, even if some of it still comes from Russia.

“There is a growing number of funds like us – Russian-speaking fund managers in the U.S. but sourcing checks from Russia and the former Soviet Union,” said Cherkashin. “That trend is growing.”

Cherkashin estimates startup investments from U.S.-based fund managers who raise capital from Russia has more than tripled over the last three years. This would include a 2016 investment in Uber by FortRoss Ventures, which has an office in Silicon Valley and whose funds come mostly from Russian investors, including state-owned Sberbank.

Drokova said her fund comes from individual entrepreneurs in the United States and Europe.

Drokova spent five years as a leader of a Kremlin-backed youth political movement in Russia called Nashi before moving to the United States at age 23. She now describes her political views as “liberal” and says she is no longer involved in Russian politics.

Drokova said her nationality and political work have not yet posed any challenges in her new career. But other Russians who have venture firms in Silicon Valley say they still run into obstacles, including extra scrutiny when they try to open U.S. bank accounts.

Sergey Gribov of Flint Capital, a venture firm whose partners are Russian-born but does not raise money in Russia, said he discloses all the details of his funding sources to head off suspicions.

“From time to time it comes up,” he said. “I would say it helps to be transparent.”