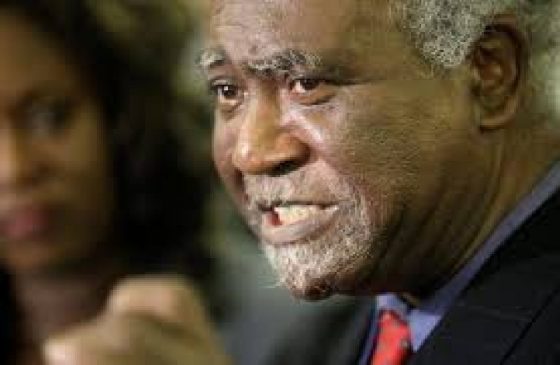 Democratic Illinois Rep. Danny Davis was quick to defend Nation of Islam leader Louis Farrakhan as an “outstanding human being” yesterday. Well, birds of a feather. Davis is an openly socialist member of Congress that is in fact a stone cold communist. You hang out with others like yourself, so it figures he would think an evil man like Farrakhan was a wonderful human being. Farrakhan is an anti-Semite, a racist and a radical Islamist. He blames Jews for the September 11th attacks, saying white people “deserve to die” and praises Adolf Hitler as a “very great man.”

Davis was close with Communist Party USA member Frank Lumpkin and even spoke at his funeral. He’s also a member in good standing with the Democratic Socialists of America. There’s not enough room here to list all he has done, but Davis has sponsored and supported every progressive/communist cause out there and he’s a big supporter of CAIR. To read up on Danny Davis, visit KeyWiki.org.

Last week, I wrote on a new photo that emerged showing Barack Obama and Louis Farrakhan together at the Congressional Black Congress. That photo from 2005 was deliberately suppressed to protect Obama’s political aspirations. Davis has been in Congress since 1997. He was very close to Barack Obama and defended him meeting with Farrakhan. “I personally know [Farrakhan], I’ve been to his home, done meetings, participated in events with him,” Davis told The Daily Caller.

When asked about Farrakhan’s history of anti-Semitic comments, Davis was dismissive and said that many people in politics have a history of inflammatory comments. Inflammatory is one thing, hateful is another. Farrakhan’s comments are not only vile, they incite violence against others. But Davis and Obama aren’t the only ones in Congress who embrace this demon. Minnesota Rep. Keith Ellison is Muslim and a huge supporter of Farrakhan. That’s the number two guy in the Democratic Party. Ellison has defended Farrakhan’s anti-Semitic remarks. He has since apologized for that, but I don’t believe him in the least. He still managed to blame a “right-wing smear campaign” for questions about his ties to anti-Semitic figures.

Danny Davis is yet another communist in the Democratic Party. They are full of them these days. It’s not surprising in the lease that he would come to the defense of his comrade Farrakhan. What’s amazing is that Davis keeps getting reelected.