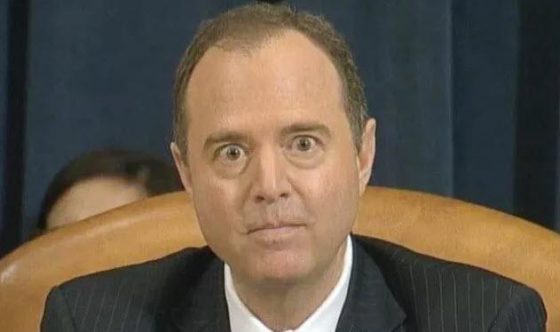 Adam Schiff (D-CA) is the top Democrat on the House Intelligence Committee. He’s also a leaker and a liar. He claimed last week that Russia used social media to promote the Second Amendment during the 2016 election with the hope that Americans would kill each other. I’m not kidding. He said it more than once too, during interviews with MSNBC and ABC News’ “This Week” and during a speech at the University of Pennsylvania over the past week. I have no way of knowing, but Schiff is just the kind of useful idiot that the Russians love to use.

Schiff claims that Russian intelligence pushed content that had “multiple aims” and was “designed to pit us against each other, to exploit our divisions.” His comments are primarily in response to the recently released Republican FISA memo, which he has called inaccurate. It’s not, but that doesn’t stop Schiff from lying about it. Schiff said the Russians used the Black Lives Matter movement to widen the racial divide in the US. Now, that part is true. But it’s his next claim that is a real whopper.

“Fascinatingly, they also trumpeted the Second Amendment,” Schiff said. “Apparently, the Russians are very big fans of our Second Amendment. They don’t particularly want a Second Amendment of their own, but they’re really glad that we have one. The Russians would be thrilled if we were doing nothing but killing each other every day, and sadly, we are.” Ah, there’s the dishonest asshat we all know and despise. The Second Amendment has nothing to do with any of this, but leftist propaganda mixed with half truths is all the rage on the left these days.

Schiff went on to blame Trump and Republicans and to say they have irreparably damaged the relationship between the Democrats and the intelligence community by releasing the FISA memo. First he said it was national security… that was a lie. Then he said the GOP would redact and skew the memo… that was a lie. Now, he claims that they’ve damaged the Dems special relationship with the FBI. Well, I bloody hope so! They weaponized the FBI and the DOJ to try and take President Trump out in a soft coup.

Republicans are “impeaching the FBI,” he told ABC News host George Stephanopoulos on “This Week” Sunday. “The real damage they have done is they have damaged the relationship between our committee and the intelligence committee,” Schiff said. “In the future, the Intelligence Committee is going to be very wary about sharing any information with us because they won’t trust us to be responsible stewards of it and sources of information are going to dry up.” Why should they trust someone like Schiff? He’s responsible for over 100 leaks. None of you can be trusted. You are corrupt, evil and despicable, so get over it already. People need to be fired and prosecuted over all of this and Schiff is on that list.

Schiff also said that people would also be afraid to report suspicious activities because they won’t trust that their names will be kept confidential. “If you have a neighbor next door who is buying a lot of fertilizer and it seems odd to you because they don’t have a yard,” Schiff said. “Are you going to think twice before calling the FBI? Because if they get a search warrant for your neighbor and something is politicized, and the political winds change your identity is going to be revealed.” First off, that’s sheer fear mongering. But even so, again who caused that? The left did by lying and attempting to destroy the right and by abusing their methods to get Trump. They used communist tactics and now they are getting burned for it. Amateurs.

Sources will dry up, he added. “There’s a reason why this process has never been used before,” Schiff went on. “But, even so, the process presumed that the President of the United States who has a veto over this would be a responsible person who would have the interest of the nation at heart.” The Democrats forced this with their cover-ups for Clinton and Obama. President Trump is not to blame on this in the least. The Democrats own all of this and there is much more coming down the pike. The State Department is next and by the time this is all said and done it is going to dwarf Watergate. I have said many times that the Obama administration would be the most corrupt in history and you are beginning to see all of that surface now.

Instead of Schiff uncovering a plan by Putin, he is most likely a part of one where he serves as a useful idiot to cause chaos in our government. Russia did indeed meddle in our election as they have done for decades. But they didn’t affect the outcome. In fact, the only thing they did affect was goading the Democrats into pushing propaganda and to make fools of themselves. Hillary Clinton has provable ties to Russia and she’s the one who should be investigated here along with Obama. Uranium One and Skulkovo are the true scandals here. That and the Marxists on the left like Schiff in our own government.

2 thoughts on “Schiff Claims Russian Ads Promoted The 2nd Amendment, “So We All Kill Each Other””