Day by day as more evidence and documents bubble to the surface, we still cannot draw any conclusions with regard to who was plotting with Russian power-brokers. We are not even close at this point. While there are several congressional investigations, the Mueller team is still at work and there are clues we do have some Democrats in the mix now.

This will be hard to follow, but as a primer here is a new development. 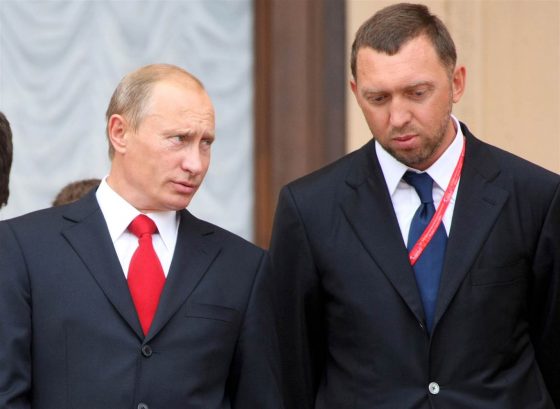 Oleg Deripaska, a Russian oligarch, had a historical relationship with Paul Manafort, President Trump’s former campaign manager. Deripaska belongs to the Putin inner circle. Deripaska was seeking a channel to congressional intelligence committees and those panels in both the House and the Senate turned him down. Deripaska is classified by the State Department as a threat of various conditions including fraud, money laundering and organized crime. The State Department even suspended his visa. Except now we have a channel established and with several people in the middle. Deripaska did get his communications channel into Congress and into the Senate to Mark Warner. 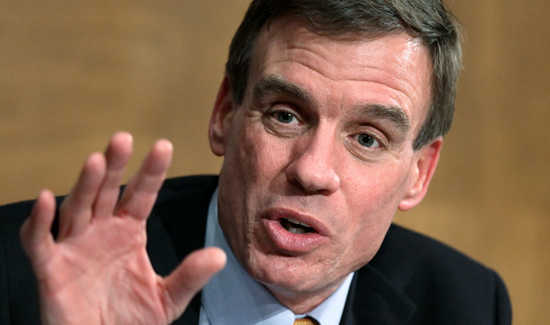 Vladimir Putin has a network of lobbyists and lawyers working for him here in America. These executives can be identified through disclosure forms required by the Foreign Agents Registration Act, which mandates people who work “as agents of foreign principals in a political or quasi-political capacity” document these relationships with the Department of Justice. Business Insider went through these records and identified the American executives who are working with Putin’s regime.

Adam Waldman is the founder, chairman, and president of the Endeavor Group, a D.C. consultancy based about two blocks from the White House. In May 2009, Waldman filed paperwork with the DOJ indicating he would be working with Russian billionaire Oleg Deripaska to provide “legal advice on issues involving his U.S. visa as well as commercial transactions.”

Deripaska had his U.S. visa revoked in 2006 due to longstanding concerns about his links to organized crime and because the State Department was concerned he lied to American investigators who were looking into his business. However, in August and October 2009, shortly after he began working with Waldman, Deripaska was allowed to make two visits to the U.S. During those trips, Deripaska met with FBI agents about an unspecified criminal probe and with top executives at American companies. The Wall Street Journal reported Deripaska’s 2009 trip included meetings with Morgan Stanley, General Motors, and Goldman Sachs Chairman and CEO Lloyd Blankfein.

In his initial FARA paperwork, Waldman indicated Endeavor would receive “a monthly retainer of $40,000” for his work with Deripaska. Waldman also said Deripaska was not being “supervised” or “directed” by any foreign government. However, in October 2010, Waldman made another filing indicating he would be working with Russian Foreign Minister Sergey Lavrov, “gathering information and providing advice and analysis as it relates to the U.S. policy towards the visa status of Oleg Deripaska.”

As part of its work with Lavrov, Waldman said Endeavor would “engage in correspondence and meetings with U.S. policymakers” about Deripaska’s visa. Waldman indicated he had no “formal written contract” with Lavrov and did not specify how much he was being paid. However, Waldman included a letter Lavrov wrote to him Sept. 15, 2010 describing the assignment.

“Mr. Deripaska is one of our country’s prominent business leaders who controls or directly manages a significant number of enterprises, which employ hundreds of thousands of people in Russia. … Yet over the past several years, there has been certain ambiguity upon his visa status in the United States. A persistent state of limbo regarding Mr. Deripaska’s ability to travel freely between our two countries has become an impediment to the promotion of mutually advantageous contacts between the business communities of the two countries,” Lavrov wrote to Waldman. “The Russian side has raised this issue with various U.S. officials on numerous occasions, including in the course of bilateral discussion with both the White House and the State Department at different levels. I believe the involvement of your firm will contribute to the ongoing efforts aimed at achieving a successful resolution of this problem.”

Business Insider contacted the State Department to inquire about Deripaska’s visa status Tuesday. Citing the confidentiality of visa records, a State Department spokesman declined to comment. Waldman has not responded to multiple requests for comment from Business Insider about his work with Deripaska and Lavrov. Based on the information in his 2009 FARA filing, Waldman has received at least $2.36 million working to help Deripaska with his visa. More here.

PS, Deripaska did travel however to the United States on a diplomatic visa according to court documents and an affidavit provided to the Manhattan court for a lawsuit over financial disputes.

Anyhow, these text messages of Senator Warner to Adam Waldman demanded complete secrecy and no… NO paper trail.

“We have so much to discuss u need to be careful but we can help our country,” Warner texted the lobbyist, Adam Waldman, on March 22, 2017.

“I’m in,” Waldman, whose firm has ties to Hillary Clinton, texted back to Warner.

Throughout the text exchanges, Warner seemed particularly intent on connecting directly with Steele without anyone else on the Senate Intelligence Committee being in the loop — at least initially. In one text to the lobbyist, Warner wrote that he would “rather not have a paper trail” of his messages. Waldman is best known for signing a $40,000 monthly retainer in 2009 and 2010 to lobby the U.S. government on behalf of controversial Russian billionaire Oleg V. Deripaska. Deripraska had his visa revoked by the State Department in 2006 because of charges, which he has denied, that he has organized crime ties.

The conversation about Steele started on March 16, 2017, when Waldman texted, “Chris Steele asked me to call you.”

The records show Warner and Waldman had trouble connecting by phone. On March 20, Warner pressed Waldman by text to get him access to Steele.

“Can you talk tomorrow want to get with ur English friend,” Warner texted.

“I spoke to him yesterday,” Waldman texted.

The two men appear to have finally connected about Steele by phone on March 22, according to the records.

“Hey just tried u again gotta give a speech but really want to finish our talk,” Warner texted.

Waldman, at one point, texted back that Steele really wanted a bi-partisan letter requesting his testimony first. He added that Steele was concerned about word leaking to the media that they were talking. Read more here for timeline, context and more details.