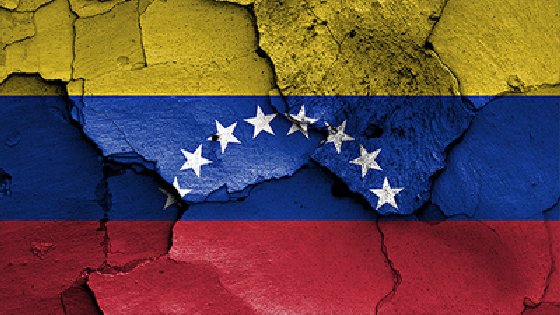 Last week, I tripped across a very interesting article from the Middle East Forum. It’s written by Joseph M. Humire of the Gatestone Institute, where I also saw it. It’s very well written and I recommend both sites. It caught my eye because it covers a topic that has bothered me for a long time militarily… Venezuela.

At issue here is the fact that Iran, Russia and China have moved into Venezuela and are looking to use it as a military vantage point. They also want the oil there. Caught in the middle are the starving people of a once prosperous nation. They are pawns in a geopolitical chess match. Rex Tillerson just finished a tour of Latin America where he invoked the Monroe Doctrine, which Obama tried to kill off. He suggested the Venezuelan military could manage a “peaceful transition” from the authoritarian leader Nicolás Maduro. Once again, this raised the specter of the US using a “military option” for Venezuela, where we would step in to stop the country from collapsing. Iran, China and Russia are sure to take a dim view of any move by the US and we should be aware they are there. Tillerson mentioned both Russia and China, but failed to mention Iran.

It is widely held that Venezuela has now become a Cuban-occupied country. More than 30,000 Cubans are now embedded in Venezuela. Many of them are part of the intelligence and security apparatus there. The Castro brothers surely played a heavy role in collapsing Venezuela. It was planned. But why? In a word, control. Russia is the primary supplier of military aid and technical support to the Venezuelan armed forces. 75% of Russian military sales in the area are to Venezuela, who Russia is loaning money and aid to. When Venezuela defaults, you can bet that the Russkies will be there to take their cut. We are talking $11 billion in arms sales. The Russian state-owned energy firm, Rosneft, has provided Venezuela with an estimated $17 billion in financing since 2006. It is pretty clear at this point that Russia owns most of Venezuela’s oil fields at this point. 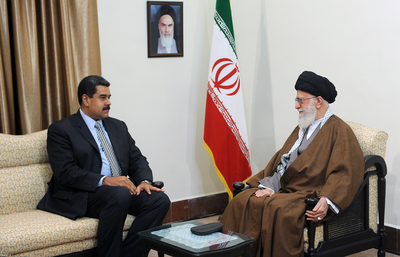 According to the International Institute of Finance, China also holds more than $23 billion in Venezuela’s foreign debt. They are Venezuela’s largest creditor. Sound familiar? Beijing is now Venezuela’s biggest banker and they will come to collect their debt before long. The communists have been very busy in Venezuela it would seem, while the US has done virtually nothing. The Chinese are also vying for the same oil fields Russia has their paws on. China has also financed many of the nation’s social programs, such as subsidized housing and free medical clinics.

Cuba, China and Russia have kept Venezuela alive over the last ten years, but that won’t last much longer. The place is lousy with Cuban, Chinese and Russian spies. And it’s basically on our back doorstep. The communists have intelligence networks down to a fine art. Iran on the other hand is operating independently in Venezuela. They have been developing their own robust clandestine network in Latin America for more than half a century. That’s right folks… for more than 50 years.

Per the Gatestone Institute, approximately 60% of the population of the city of As-Suwayda in southwestern Syria (pop. 139,000, according to the 2004 census) are Venezuelan-born dual citizens. Many more have arrived since 2009. The district of As-Suwayda (same name as the city) has been dubbed “Little Venezuela.” Estimates indicate that upwards of 300,000 Syrians from the As-Suwayda Governorate currently live halfway around the world in Venezuela. According to the late Venezuelan President Hugo Chávez, more than a million Syrians reside there. This Syria-Venezuela connection could represent a clandestine network managed by Iran and critical to the advancement of Chavez’s “Bolivarian revolution.”

The Iranians practice irregular warfare using non-state actors and surrogates to gain influence over the population. However, you might not see their influence on the ground there. Rather you would see it in instances such as when Iranian-trained forces helped repress anti-regime protestors in 2017. During anti-Maduro demonstrations, the motorcycle-riding members of the Venezuelan civilian militias known as Collectivos were clearly modeled on and trained by Iran’s paramilitary Basij militia. The Basij crushed Iran’s Green Revolution in 2009 and now the same tactics are being used in Venezuela.

You don’t hear much about Iran’s influence in Venezuela here in the US. You mostly see starving Venezuelans who are suffering through a Mad Max dystopian reality and who are oppressed by Maduro. That’s because the news is sanitized these days and manipulated. However, intelligence and security analysts, as well as military strategists are well aware of the game on the ground in Venezuela. Iran has positioned itself on the geopolitical chessboard in Venezuela to capitalize on China’s economic clout and Russia’s military footprint. For instance, Iran’s Ministry of Defense and Armed Forces Logistics (MODAFL) used a variety of joint projects with Venezuela’s military industry (CAVIM), as well as Russian and Chinese oil contracts with PDVSA, to shield it from international sanctions. Not only are the Chinese and the Russkies clever, the Iranians are as well. They should not be underestimated. Hezbollah is active in Venezuela.

If you look at Venezuela’s government, you will see that there is a prominence of Arabs there thanks to Iran. Maduro has learned from Iran how to control the population and propagate their narrative. The country is experiencing a severe shortage of food and medicine. It caused an uprising last year that was brutally put down. The United States faces a massive humanitarian crisis as well as a dangerous terrorism threat right in our backyard with Venezuela. It’s a ticking time bomb.

There is a ton of evidence that Venezuela is providing identities and documents to thousands of Middle Easterners. Unless our regional allies have proper vetting and verification measures in place, as well as a high degree of counterintelligence support, they will not know if the Venezuelan refugees spilling across their borders are legitimate refugees or members of a transregional clandestine network between Latin America and the Middle East. Neither will we at this fateful point.

The US should be flooding the area and our regional allies with our counterintelligence and counterterrorism capabilities against Iran and Hezbollah in the Western Hemisphere. Some of that has already started, but it is woefully inadequate to the threat we are facing. If we are to militarily interfere in Venezuela, we will first need to address external operators… Iran, Russia and China, who have for all intents and purposes turned Venezuela into another Syria. And it’s just as deadly a threat, only it’s right next door this time.