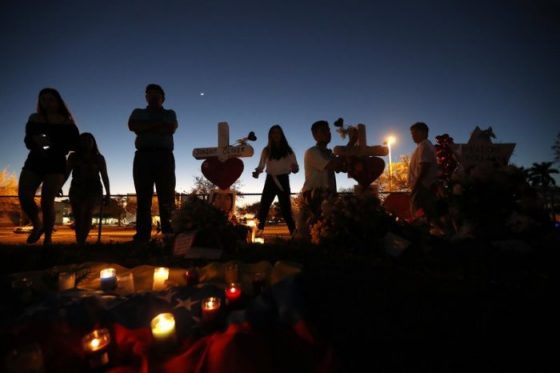 In the wake of the shooting at Marjory Stoneman Douglas High School in Parkland, Florida, last week that claimed the lives of 17 and wounded 15 more, several movements are springing up. All of them have teenagers as the leaders of the groups. But those aren’t the true instigators… the organizers. The same radicals behind the Women’s Marches are behind these groups and they are rabidly anti-gun, anti-NRA and anti-President Trump.

The biggest of these groups is the #Enough National School Walkout scheduled for March 14th, 2018. It’s scheduled to begin at 10 am in every time zone and last for 17 minutes — one for each victim who lost their life in the massacre. The radical Women’s March Youth Empower group are the organizers behind much of this. They are sponsored by groups such as: Rock The Vote, Teen Vogue, Peace First, Rise To Run, The Gathering For Justice and Justice League NYC.

The leaders behind the Women’s March Youth Empower group include:

Women’s March Youth EMPOWER is calling for students, teachers, school administrators, parents and allies to take part in a #NationalSchoolWalkout for 17 minutes at 10am across every time zone on March 14, 2018 to protest Congress’ inaction to do more than tweet thoughts and prayers in response to the gun violence plaguing our schools and neighborhoods. We need action. Students and allies are organizing the national school walkout to demand Congress pass legislation to keep us safe from gun violence at our schools, on our streets and in our homes and places of worship.

Students and staff have the right to teach and learn in an environment free from the worry of being gunned down in their classrooms or on their way home from school.

Parents have the right to send their kids to school in the mornings and see them home alive at the end of the day.

We are not safe at school. We are not safe in our cities and towns. Congress must take meaningful action to keep us safe and pass federal gun reform legislation that address the public health crisis of gun violence. We want Congress to pay attention and take note: many of us will vote this November and many others will join in 2020.

Join us in saying #ENOUGH!

Women's March Youth EMPOWER is calling for students, teachers, and allies to take part in a #NationalSchoolWalkout for 17 minutes at 10am on March 14, 2018. Join us in saying #ENOUGH!https://t.co/8ZE8uthRlZ pic.twitter.com/45yCZl4zDm

The next group is March for Our Lives. The student leaders of this movement are Marjory Stoneman Douglas students David Hogg, Alex Wind, Emma Gonzalez and Cameron Kasky. All are following scripts prepared by radical leftists who wait for just this kind of event to take place. This demonstration will take place on March 24th, 2018, in Washington, DC and throughout the United States. They are working in collaboration with the nonprofit organization Everytown for Gun Safety. The same organizers behind the Women’s March are behind this group as well. These same kids created the “Never Again” campaign.

The march has the support of Justin Bieber, who has already reached out to the campaign. Other people and organizations offering support have included Gabby Giffords, Lauren Jauregui, Alyssa Milano, Moms Demand Action, Amy Schumer, St. Vincent and Hayley Williams. 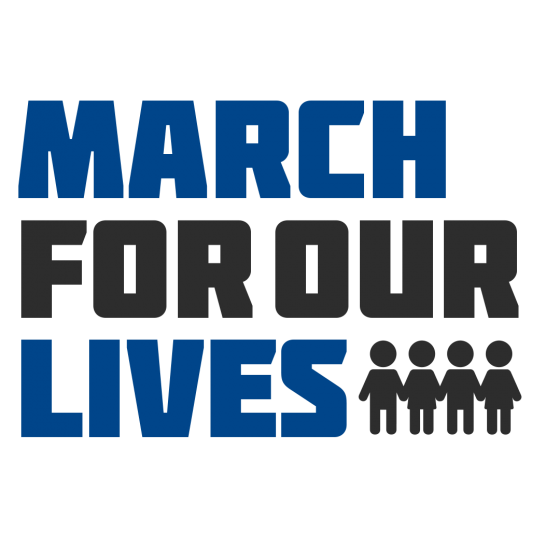 March For Our Lives is created by, inspired by, and led by students across the country who will no longer risk their lives waiting for someone else to take action to stop the epidemic of mass school shootings that has become all too familiar. In the tragic wake of the seventeen lives brutally cut short in Florida, politicians are telling us that now is not the time to talk about guns. March For Our Lives believes the time is now.

School safety is not a political issue. There cannot be two sides to doing everything in our power to ensure the lives and futures of children who are at risk of dying when they should be learning, playing, and growing. The mission and focus of March For Our Lives is to demand that a comprehensive and effective bill be immediately brought before Congress to address these gun issues. No special interest group, no political agenda is more critical than timely passage of legislation to effectively address the gun violence issues that are rampant in our country.

Every kid in this country now goes to school wondering if this day might be their last. We live in fear.

It doesn’t have to be this way. Change is coming. And it starts now, inspired by and led by the kids who are our hope for the future. Their young voices will be heard.

Stand with us on March 24. Refuse to allow one more needless death.

MARCH FOR OUR LIVES!

Statement to CNN: “My message for the people in office is this: You’re either with us or against us,” Cameron Kasky, a junior at the high school and organizer, told CNN on Sunday morning. “We are losing our lives while the adults are playing around.” The leftist media had all these kids on the morning talk shows yesterday and are promoting them for all they are worth.

At a rally, a crowd of students chanted: “Vote them out!” referring to lawmakers who accept money from the NRA. Others held signs calling for action. Some read: “#Never Again,” ”#Do something now” and “Don’t Let My Friends Die.”

Speaking on CBS’ “Face the Nation,” student Cameron Kasky was adamant: “The adult politicians have been playing around while my generation has been losing our lives …We are begging for our lives, but we need to make real change here.” Emma Gonzalez went on to talk about a march students nationwide plan to take part in to bring attention to gun violence. “At this point, I don’t even know if the adults in power who are funded by the NRA, I don’t think we need them anymore,” she said. “If they don’t turn around right now and state their open support for this movement, they’re going to be left behind because you are either with us or against us.”

David Hogg, who said the day after the shooting that more children will die if action isn’t taken to rectify the problem right now, looked straight into the camera and delivered a message to the President. He said: “President Trump, you control the House of Representatives, you control the Senate, and you control the executive. You haven’t taken a single bill for mental health care or gun control and passed it. And that’s pathetic. We’ve seen a government shutdown, we’ve seen tax reform, but nothing to save our children’s lives. Are you kidding me? You think now is the time to focus on the past and not the future to prevent the death of thousands of other children? You sicken me.”

And a conversation on CNN was very telling:

“So what do you say to the NRA?” CNN’s Alisyn Camerota asked student activists Emma Gonzalez and David Hogg on Monday morning.

“And don’t make another organization under a different name,” David Hogg said.

“Yeah, don’t make another organization under a different name,” Gonzalez agreed. “Don’t you dare come back here. The fact that you were in power for so long and that you had so much influence for so long in America just goes to show how much time and effort we have to spend on fixing our country. And gun control is just the first thing right now, the first thing that we are mainly focusing on.”

Alisyn Camerota urged the students on: “Look, I don’t have to tell you guys, they give millions of dollars to politicians. They have a very powerful tool, so I mean, how do you expect politicians who need money to keep running for office to say no to the NRA?”

“Because we keep telling them, that if they accept this blood money, they are against the children,” Gonzalez replied. “They are against the people who are dying. And there’s no other way to put it at this point. You are either funding the killers or you are standing with the children. The children who have no money. We don’t have jobs. So we can’t pay for your campaign. We would hope that you have the decent morality to support us at this point.”

“And not take money from people that want to keep lessening gun legislation and making it even easier for these horrifying people to get guns,” Hogg interjected. “Because if you can’t get elected without taking money from child murderers, why are you running?”

These children are being weaponized by communists, leftists and radicals. Their movements are being fueled by grief and they are being given someone to blame: the NRA, President Trump and conservatives. A new revolutionary movement is being born with young people at its center and it is a communist radicalized one.

“My message for the people in office is: you’re either with us or against us. We are losing our lives while the adults are playing around,” says Cameron Kasky, a junior at Marjory Stoneman Douglas HS who survived the shooting https://t.co/23UcS7BvpW https://t.co/ERSSNzMPbu

In 2018 young student mass shooting survivors are organizing "March for Our Lives" LET. THAT. SINK. IN.

4 thoughts on “The Organizers Behind The Youth Anti-Gun Protests”