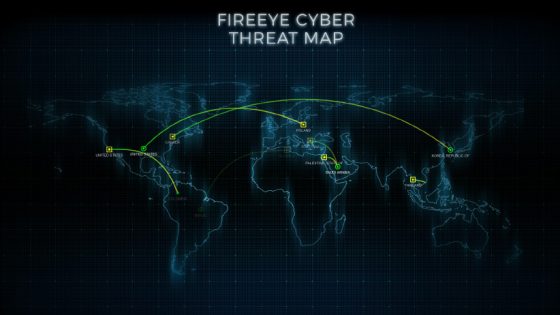 The report published by the White House Council of Economic Advisers examines the cyberattacks cost that malicious cyber activities cause to the U.S. economy.

Paganini: How much cost cyber attacks to the US? According to a report published by the White House Council of Economic Advisers last week, the cyberattacks cost between $57 billion and $109 billion in 2016, and things can go worse in the future.

“This report examines the substantial economic costs that malicious cyber activity imposes on the U.S. economy. Cyber threats are ever-evolving and may come from sophisticated adversaries. Due to common vulnerabilities, instances of security breaches occur across firms and in patterns that are difficult to anticipate.” states the report.

The report analyzed the impact of malicious cyber activities on public and private entities, including DoS attacks, sabotage, business disruption, and theft of proprietary data, intellectual property, and sensitive financial and strategic information.

Damages and losses caused by a cyber attack may spill over from the initial target to economically linked organizations. More exposed are critical infrastructure sectors, at attack against companies and organization in this industry could have a severe impact on the US economy.

The document warns of nation-state actors such as Russia, China, Iran, and North Korea, that are well funded and often conduct sophisticated targeted attacks for both sabotage and cyber espionage.

“Finally, and perhaps most important, if a firm owns a critical infrastructure asset, an attack against this firm could cause major disruption throughout the economy.” reads the report.

“Insufficient cybersecurity investment in these sectors exacerbates the risks of cyberattacks and data breaches. The economic implications of attacks against critical infrastructure assets are described in more detail later in the paper.” 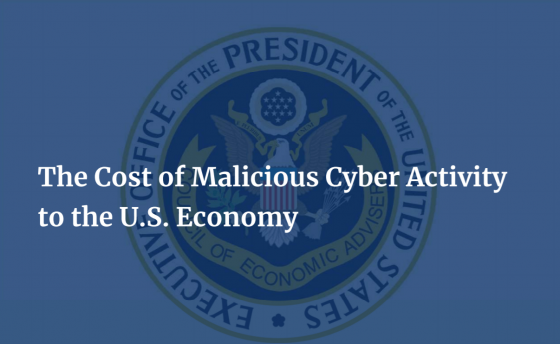 The reports also warn of devastating cyberattacks that would target sectors that are internally interconnected and interdependent with other sectors.

The report offered little in the way of new recommendations on improving cybersecurity, but noted that the situation is hurt by “insufficient data” as well as “underinvestment” in defensive systems by the private sector.

“Cyber connectivity is an important driver of productivity, innovation, and growth for the U.S. economy, but it comes at a cost. Companies, individuals, and the government are vulnerable to malicious cyber activity.” concludes the report. “Effective public and private-sector efforts to combat this malicious activity would contribute to domestic GDP growth. However, the ever-evolving nature and scope of cyber threats suggest that additional and continued efforts are critical, and the cooperation between public and private sectors is key.”

The forecast of the cost damage in coming years…

In part from Forbes: In 2015, the British insurance company Lloyd’s estimated that cyber attacks cost businesses as much as $400 billion a year, which includes direct damage plus post-attack disruption to the normal course of business. Some vendor and media forecasts over the past year put the cybercrime figure as high as $500 billion and more.

From 2013 to 2015 the cyber crime costs quadrupled, and it looks like there will be another quadrupling from 2015 to 2019. Juniper research recently predicted that the rapid digitization of consumers’ lives and enterprise records will increase the cost of data breaches to $2.1 trillion globally by 2019, increasing to almost four times the estimated cost of breaches in 2015.

The World Economic Forum (WEF) says a significant portion of cybercrime goes undetected, particularly industrial espionage where access to confidential documents and data is difficult to spot. Those crimes would arguably move the needle on the cyber crime numbers much higher.

Large banks, retailers, and federal agencies make the headlines when they are hacked – but all businesses are at risk. According to Microsoft, 20% of small to mid sized businesses have been cyber crime targets.

For anyone who wants to tally their own bill from cyber crime, check out Cyber Tab from Booz Allen. It is an anonymous, free tool that helps information security and other senior executives understand the damage to companies inflicted by cyber crime and attacks. More here.