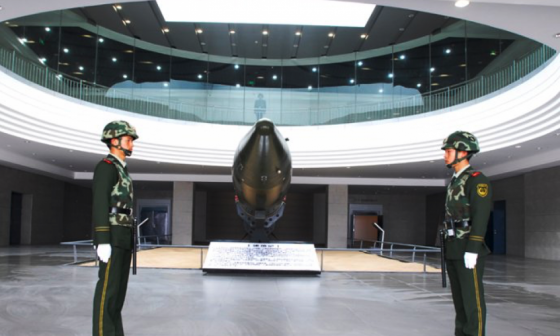 According to Bill Gertz’s excellent piece at Asia Times, the “Pentagon’s Nuclear Posture Review outlines a new ‘tailored deterrence’ policy that seeks to persuade Chinese leaders to avoid miscalculations – provocative action in the South China Sea, or hostile activity related to Taiwan or Japan – that could escalate into war.” This means a nuclear and cyber deterrence among other things. It also comes as Russia is unveiling several new nuclear weapons and releasing propaganda showing them striking the US mainland. China is continuing a similar buildup of high-technology strategic nuclear forces that remains secret.

The Cold War has shifted into a phase now that could go hot at any time. While Barack Obama was gutting our defenses, our enemies were spending every dime they had beefing theirs up and preparing for war with us. President Trump now has us on a trajectory to rebuild our military and our defenses, but in a dangerous face-off with our biggest enemies, time is not on our side. The Pentagon’s review covered extensively the secrecy cloaking the Chinese military and the buildup of their nuclear forces. The Pentagon’s new plan is aimed at persuading Chinese leaders to avoid military miscalculations – like provocative actions in the South China Sea, or hostile activities related to Taiwan or Japan – that could quickly escalate into a nuclear exchange. Good luck with that.

The Pentagon’s review gives very little insight into the details of exactly what China’s nuclear forces entail. They did however identify what were called “entirely new nuclear capabilities.” They include several new types of missiles, including hypersonic weapons, satellite-killing missiles and regional intermediate-range nuclear forces. All are huge threats to us as we hurriedly prepare our own hypersonic weapons to counter them. What our leaders fear is a military encounter that morphs into a regional conflict and ends in a nuclear exchange between us and the Chinese. They are right to fear this development as it is very possible. 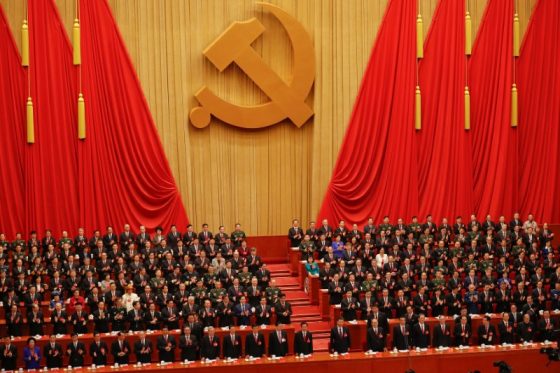 Chinese President Xi Jinping and other high ranking officials arrive for the opening session of the 19th National Congress of the Communist Party of China at the Great Hall of the People in Beijing, China October 18, 2017. REUTERS/Damir Sagolj

“Our tailored strategy for China is designed to prevent Beijing from mistakenly concluding that it could secure an advantage through the limited use of its theater nuclear capabilities, or that any use of nuclear weapons, however limited, is acceptable,” the review states. But they did not say how tailored deterrence would work. The Pentagon however did say that the United States “will maintain the capability to credibly threaten intolerable damage as Chinese leaders calculate costs and benefits, such that the costs incurred as a result of Chinese nuclear employment, at any level of escalation, would vastly outweigh any benefit.” I think that is a fancy way of saying ‘peace through strength’.

I have no doubt that part of that ‘deterrence’ would be the threat to the Chinese leadership that any future conflict would result in the destruction of the Chinese Communist Party and its military arm, the People’s Liberation Army. Frankly, that should have been done long ago, but now we are in a nuclear dance and the music could end any minute. The Chinese are not dumb by any means and I am sure they have made provisions to protect their leadership and military no matter what. 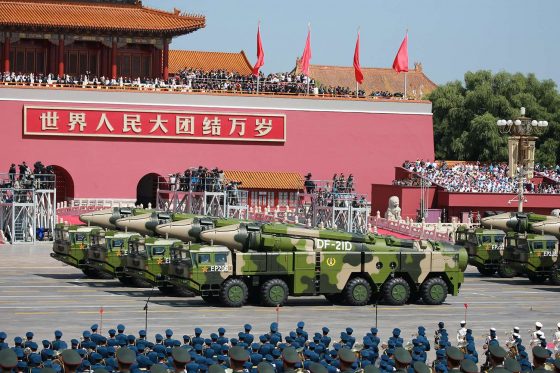 Military vehicles carrying DF-21D anti-ship ballistic missiles march past the Tiananmen Rostrum during the military parade to commemorate the 70th anniversary of the victory in the Chinese People’s War of Resistance Against Japanese Aggression in Beijing, China, 3 September 2015.

According to Gertz, the PLA already has security systems in place that include networks of underground escape and transit systems to be used by senior Party leaders in a crisis or conflict. For example, the Zhongnanhai leadership compound in Beijing, where Party leaders live and work, includes a terminal for a large underground tunnel and rail system that runs to a major command center west of the city known as the Western Hills. From that command center, other underground trains and tunnels lead to additional secure facilities in various parts of the country. The US already knows where many of these protection facilities are, but I’m sure there are a number we don’t know about as well. The Pentagon has been developing precision-guided bombs and missiles capable of penetrating the underground bunkers and tunnels, but again… it’s not full-proof.

China refuses to engage over their nuclear policies. “We have long sought a dialogue with China to enhance our understanding of our respective nuclear policies, doctrine, and capabilities; to improve transparency; and to help manage the risks of miscalculation and misperception,” the review says. “We hope that China will share this interest and that meaningful dialogue can commence.” I wouldn’t count on it. The Chinese view it as a sign of weakness to engage in such talks and that it is a security breach. The Chinese see any discussion of its strategic nuclear and non-nuclear capabilities – such as nuclear forces, space weapons and cyber-attack capabilities – as undermining deterrence. They feel as long as they keep us in the dark as to what they have, they have the upper hand militarily.

Because China is developing new and formidable capabilities to threaten our interests and those of our allies and partners, the Pentagon is expanding the conditions for using nuclear forces in response to non-nuclear attacks, such as the destruction of satellites or devastating cyber attacks on power grids. “The United States is prepared to respond decisively to Chinese non-nuclear or nuclear aggression,” the review says. While continuing to seek “meaningful dialogue” with China, the United States will use military exercises that demonstrate nuclear strike capabilities, and, second, will increase the range of “graduated nuclear response options available to the President,” the review said. 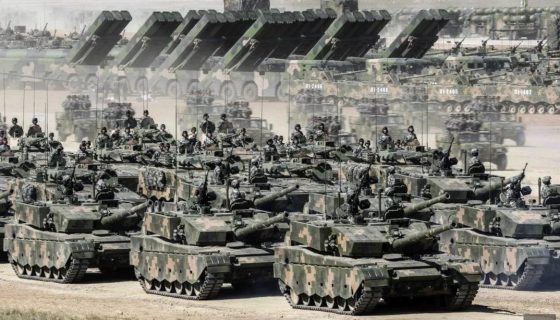 China’s Defense Ministry was furious over the nuclear review. Spokesman Ren Guoqiang, repeating standard Beijing propaganda, says the review’s view of China as a threat was a reflection of American anti-communism. “We hope the US side will discard its ‘cold-war mentality,’ shoulder its own special and primary responsibility for nuclear disarmament, understand correctly China’s strategic intentions and take a fair view on China’s national defense and military development,” he said. I suggest we do the exact opposite.

Wisely, our military planners have severe doubts about the Chinese promising not to be the first nation to use nuclear weapons in a conflict. “While China’s declaratory policy and doctrine have not changed, its lack of transparency regarding the scope and scale of its nuclear modernization program raises questions regarding its future intent,” the review states. If China is benefited by such a move and it gives them an upper hand militarily, they will use a first-strike option, just as the Russians would. All signs related to the Chinese nuclear buildup, especially the increase in both numbers and capabilities for short- and medium-range nuclear missiles, suggest Beijing is preparing to use its nuclear arsenal during the early phases of a conflict and not after a nuclear strike on China. Just as we are preparing to do so, China is planning to blend nuclear and conventional military power in tandem.

I suspect, and experts concur, that nuclear explosions in space designed to knock out US intelligence, surveillance, reconnaissance and command and control systems could be a first use of nuclear arms early in a conflict. Once our satellites are taken out, cyber attacks and EMPs would be used to take out infrastructure and our power grid. Then an invasion would occur. Think it can’t happen? Think again. The New Axis of Evil: Russia, China, Iran and North Korea are planning on just such a scenario at a time of their choosing. North Korea is making sounds about talks once again and it is a trap to stall for time.

The nuclear buildup is a central part of what Chinese supreme leader Xi Jinping has announced the PLA will fully modernize by 2050. The weapons include a new road-mobile strategic intercontinental ballistic missile (ICBM), a new multi-warhead version of its DF-5 silo-based ICBM and its most advanced ballistic missile submarine armed with new submarine-launched ballistic missiles (SLBM). A new bomber is also planned that would provide Beijing with a complete nuclear triad. The intermediate-range DF-26, a missile with precision guidance, is also one of the major strategic nuclear missiles that can strike both land and naval targets.

Unlike Russia, China does not feel the need to brag about their military. Instead, they are busy making it the largest and most deadly force on the planet. Make no mistake, war is coming and the communists can’t wait. China and Russia are not our friends… they never have been.