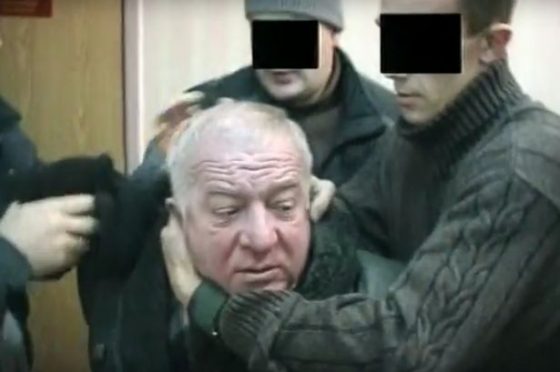 Former foreign office minister Chris Bryant, who now chairs the all-party parliamentary group on Russia, said: “I don’t think the Government will have any choice but to send a significant number of ‘so-called Russian diplomats’ back to Moscow if there is any evidence that the trail from Salisbury goes straight back to the Kremlin.” The Russian embassy in London has dismissed claims that the poisoning was an operation by Russian special services as “completely untrue” and said the allegations were “vilification” attempts on Russia. Theories over who was responsible grew today with one former KGB agent even claiming that the poisoning of Skripal was an operation by Western secret services to harm Vladimir Putin as he seeks re-election this month. More here.

A nerve agent was used to try to murder a former Russian spy and his daughter, police have said.

Sergei and Yulia Skripal were found unconscious in Salisbury on Sunday afternoon and remain critically ill.

A police officer who was the first to attend the scene is now in a serious condition in hospital, Assistant Commissioner Mark Rowley, head of Counter Terrorism Policing, said.

Mr Rowley would not confirm the exact substance identified.

He said: “Having established that a nerve agent is the cause of the symptoms leading us to treat this as attempted murder, I can also confirm that we believe that the two people who became unwell were targeted specifically.”

He said there was no evidence of a widespread health risk to the public.

Guardian: The biggest question about Sergei Skripal’s suspected poisoning is the timing. Skripal had spent several years in a Russian jail after being convicted of espionage and had presumably been thoroughly debriefed by his former spy bosses. If the Russian security services had wanted him to have an “accident” during those years it would have been very easy to organise.

Sunday’s assassination attempt in Salisbury, if that is what it was, therefore appears to have a demonstrative nature. Suggestions that this could be some kind of vote-winning ploy, coming two weeks before presidential elections Vladimir Putin is certain to win, seem unconvincing. Many Russians are patriotic and have bought into the Kremlin’s aggressive new foreign policy, but it is unlikely that the assassination of a former spy of whom few had heard would do much to whip up popular passions.

More likely, the move is a deterrent, aimed at reminding other Russian operatives of the potential risks of working with foreign intelligence agencies. Every year Russia’s top security officials speak of active attempts by the CIA and other western agencies to recruit Russians. Part of this is propaganda for domestic consumption, but there is no doubt that western spy agencies are active in Russia.

Last January, two of Russia’s top cybersecurity officials were arrested and accused of aiding the CIA, in a case some have linked to US election hacking claims. The British, too, have been active in Russia, most memorably revealed by the “spy rock” scandal, in which a fake rock was used to pass messages back to British intelligence.

While there are fewer ideological reasons than during the Soviet period for Russian spies to become traitors, western agencies can provide financial incentives. Russian prosecutors suggested, during Skripal’s court case, that he was recruited with cash – according to Russian media. Many agents, working in structures in which their superiors are demonstratively corrupt, might be tempted into colluding with friendly foreigners offering cash for secrets.

As such, the demonstrative killing of a traitor could be a warning to junior officers not to follow the same path. Russian officials have often made it clear that traitors will meet a sticky end one way or another. Public threats were made against the officer in the SVR foreign intelligence service who betrayed the Russian sleeper agents swapped for Skripal and others, back in 2010.

“We know who he is and where he is,” a high-ranking Kremlin source told Kommersant newspaper at the time. “You can have no doubt – a Mercader has already been sent after him.” Ramón Mercader was the assassin tasked by the KBG to kill Leon Trotsky in Mexico in 1940.

It is unusual, however, to target spies after they have been swapped. One possible reason is that Skripal was being punished for a continuing relationship with British intelligence, or the suspicion of one.

“My presumption is that if the Russians were behind this, and it does look plausible, then it is because they assumed Skripal was still working for British or other western intelligence and not simply retired,” said Mark Galeotti, a Russia watcher and security analyst. “That is likely what tipped the balance with Litvinenko.”

Many hits on Russians abroad arise from financial warfare and do not necessarily come from the Kremlin – such as the shooting of the banker German Gorbuntsov in London, 2012, and the assassination of the Russian MP Denis Voronenkov in Kiev last year.

Yet the attack on Skripal looks more likely to belong to the category of hits organised and approved by the Russian state. And given the long political fallout of the Alexander Litvinenko murder, it is unlikely that intelligence agencies would risk such a gambit without a signoff at the highest level.