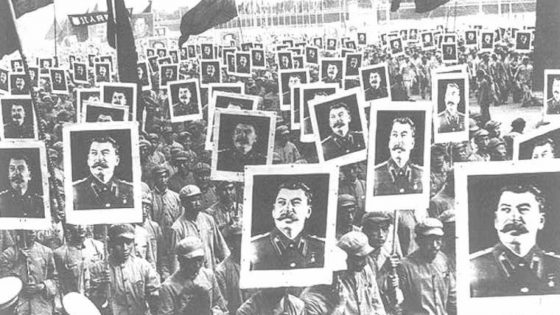 The mask is totally off on most media outlets these days. They fully embrace socialism, which is just communism-lite. The Washington Post ran and tweeted an op-ed from Elizabeth Bruenig. She waxed poetic regarding the possibilities of a new economic system in the United States… yep, socialism. I have news for these useful idiots… socialism sucks. Just ask Venezuela. And WaPo is not alone. The New York Times just ran a series of pieces over this past year that vociferously praised Marxism from the perspective of women’s rights, “inspiring” Americans, the Harlem Renaissance, even from the perspective of having better sex. Ben Shapiro astutely points out however, that Bruenig’s trashy write-up is a masterpiece in silliness. He called it, “a veritable cornucopia of evil ideas repackaged in the mildewed bows of revolutionary optimism.” I so wish I had said that.

Bruenig is adept at whining. First she complained that capitalism has hollowed out the “liberal” movement. It’s hard to hollow out an ideal that was empty to begin with. Instead, Bruenig suggests, “It’s time to give socialism a try.” Like that hasn’t been done before… over and over and over again. And every time it has resoundingly failed. Many times with people starving to death or winding up in gulags. She claims that the ills bedeviling our society are almost entirely the result of capitalism. Excuse me? It’s socialism that has impoverished our large cities, exploded crime and has taxed Americans under crushing burdens of debt. This woman is delusional.

Bruenig excoriates Andrew Sullivan of New York Magazine for embracing capitalism while lamenting the rise of nationalism. She even goes after good ole Uncle Joe Biden, whom she says whines uselessly about America being “better than this.” She seems confused. Biden is a socialist himself that spoons with union Marxists. What? Isn’t he ‘Marxist’ enough for her? She says that Americans are “isolated, viciously competitive, suspicious of one another and spiritually shallow; and that we are anxiously looking for some kind of attachment to something real and profound in an age of decreasing trust and regard,” and that all of this is “emblematic of capitalism.”

Once again, she is assigning to capitalism the fruits of socialism. Marxism causes paranoia and suspicion and as far as spirituality… it is devoid of it. Capitalism has brought millions out of the depths of want and has given them good lives. While Marxism’s ‘real and profound’ result is communism, where everyone is equally destitute, equally subservient and equally oppressed. Maybe that is her version of reality – communism you can trust in – but it’s not mine. While capitalism was ascendant, our social bonds were incredibly strong. Interventionism by our government has resulted in the breakdown of social cohesion as well. Freedom to shop and live and prosper is not the problem… progressives are.

If you can believe it, her rant gets even worse. According to Bruenig, capitalism “encourages and requires fierce individualism, self-interested disregard for the other, and resentment of arrangements into which one deposits more than he or she withdraws.” So, capitalism = bad, socialism = pretty? She’s saying that capitalists are selfish for making a profit that is resented by others who did not earn said profit. That’s called production… you are paid for services or items rendered. It’s also called exchange, something that socialists seem to have a devil of a time comprehending. And it is not evil to be individualistic.

Capitalism is an ideology that is far more encompassing than it admits, and one that turns every relationship into a calculable exchange. Bodies, time, energy, creativity, love — all become commodities to be priced and sold. Alienation reigns. There is no room for sustained contemplation and little interest in public morality; everything collapses down to the level of the atomized individual.

Morality is far more a product of a society that rewards effort with exchange than it will ever be of those who are rewarded for not producing, yet taking what is not theirs to begin with. Personally, I do not know one Marxist that is a moral person. Not one. They have a very different definition of morality than most of us. Bruenig quickly skips over the totalitarianism of socialism, instead suggesting a “kind of socialism that would be democratic and aimed primarily at decommodifying labor, reducing the vast inequality brought about by capitalism, and breaking capital’s stranglehold over politics and culture.” Instead, the state would strangle all of us. Shapiro points out that, “There is no way to “democratize” socialism — there is always a boss at the factory, whether it’s a government bureaucrat or an owner who has a stake in the success of the factory. You cannot decommodify labor, because labor is by its nature a commodity — it is a tradeable good to be bought and sold. And capitalism may create inequality, but it also creates prosperity for everyone, including those on the bottom end of the economic spectrum.”

I don’t think that every problem can be traced back to capitalism: There were calamities and injustices long before capital, and I’ll venture to say there will be after.

That is correct, but at its premise, it is moronic in nature. Before we had capitalism, we had feudalism, monarchic tyranny, mercantilism and bloody war with complete lack of economic progress. Tyranny has many faces, including that of socialism.

She concludes by saying:

But it seems to me that it’s time for those who expected to enjoy the end of history to accept that, though they’re linked in certain respects, capitalism seems to be at odds with the harmonious, peaceful, stable liberalism of midcentury dreams. I don’t think we’ve reached the end of history yet, which means we still have the chance to shape the future we want. I suggest we take it.

Socialism and communism have never worked throughout history. But these neanderthals keep on trying. Shapiro ended his brilliant response with this, “Bruenig’s path has already been taken. It leads to the gulag, to the prison camp, to the starvation of children. It leads to centralization of power and it leads to destruction of the individual. The fact that Bruenig can repeat the discredited nostrums of Lenin and Mao without even realizing it shows how our capitalist system has failed to educate its beneficiaries about just why they’re able to write garbage editorials for pay in the freest, most prosperous country in world history.” Very well said.

Perhaps Bruenig should take her seditious meanderings and head down to Venezuela where she can experience the true fruits of unbridled socialism. If she survives her jaunt, perhaps it will give her a new outlook on capitalism. Or, she could always opt for the Russian or Chinese gulags. I hear they are lovely this time of year and I’m sure they have room for her. If you wanted a reason to never read the Washington Post again, this is it.

3 thoughts on “WaPo Columnist Goes Marxist: ‘It’s Time To Give Socialism A Try’”