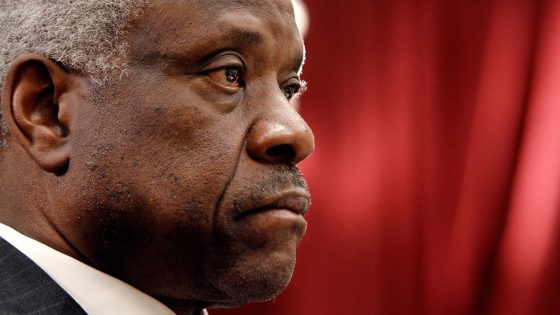 I had a fascinating phone conversation with a longtime black friend. Though we’ve had passionate political clashes over the years including periods of not speaking, we remain friends. He is a clergyman and college professor in his 70s.

While discussing black movies, “Fences”, “Get Out” and “Black Panther”, my friend said something outrageous. He said it is impossible for a white person in America not to be racist because racism is entwined in all things American. Folks, he sincerely believes his absurd view of America.

He went on to recount horrific incidences of racial injustice; a black boy sharing an elevator with a white girl igniting a race riot; black inventions stolen and black businesses destroyed. These events happened in the 1920s. And yet, the passion in which my friend reported them was as if they happened yesterday.

My friend’s anger at America is as if 8 years of Obama never happened and Oprah is not worth 3 billion dollars. He believes police routinely murder young black men. He believes America’s evil white power structure labors 24/7 scheming to undermine blacks economically and culturally.

In his circles of black academia, his erroneous beliefs are deemed unarguably true. They think any black who doesn’t subscribe to these obvious truths is either an idiot or an Uncle Tom.

Throughout our phone conservation, my friend repeatedly referred to whites as “crackers”. It never dawned on him that his derogatory use of the term “cracker” is as racist as whites calling us the N word.

My friend was even annoyed by praises showered upon Billy Graham in response to his death. Though he would deny it, my friend has a deep hatred for whites. And yet, I have witnessed God use him to bless people. I’ve come to realize that neither facts nor truth can penetrate my friend erroneously viewing white Americans as blacks’ greatest Nemesis. Therefore, I am praying for God to heal his vengeful heart against white Americans.

On the bright side, I caught an interview with black Supreme Court Justice Clarence Thomas; a hero of mine.

Justice Thomas said he is worn down by what is going on in our country’s culture. Justice Thomas said, “At some point, we’re going to be fatigued with everybody being the victim.” Justice Thomas recounted a conversation he had with a young black woman who said, “I am really tired of having to play the role of being black. I just want to go to school.”

Folks, I know where this black sista is coming from. She just wants to be an American pursuing her dreams without being forced to carry the baggage of viewing herself as a victim of her skin-color. Isn’t this what civil rights pioneers fought, suffered and died to achieve?

Decades ago, we allowed Leftists to infiltrate public education, transforming our kids into their operatives. Consequently, black millennials who have never suffered an once of racism believe racial loyalty requires them to riot in the streets demanding racial justice. Leftists have our kids hating and fighting a war with a nonexistent enemy.

If a black awakens on a sunny morning, grateful to be born in the greatest land of opportunity on the planet; viewing the world as their oyster; knowing between them and God, they can achieve great things — Leftists will call that black an Uncle Tom traitor to their race. Leftists have decreed that we black Americans must view ourselves as victims in this evil eternally racist country.

Clarence Thomas grew up in extreme poverty; familiar with feeling cold and hungry. He was sent to live with his grandfather. Justice Thomas said regarding his grandfather, “He is the single greatest human being I’ve ever met.” Clarence’s grandfather would not allow him or his brother to waddle in their bad circumstances, whine or complain.

Whenever young Clarence wanted to complain, his grandfather would say, “You have to play the hand you’re dealt.” Clarence’s grandfather became a great businessman, including owning his own farm.

Justice Thomas has a bust in his office with his grandfather’s favorite quote, “Old Man Can’t is dead. I helped bury him.” Justice Thomas said that is the mindset his grew up with. http://bit.ly/2txTWaf

Isn’t Justice Thomas’ self-reliant mindset far superior and empowering than bitterly viewing oneself as a victim; placing your success or failure in the hands of someone other than yourself? Justice Thomas marveled that he grew up in a world of total illiteracy only to find himself in the Library of Congress. Justice Thomas is expressing the greatness of America folks.

Why isn’t Justice Thomas’ grateful and hope-filled vision of America, a land ripe with opportunity, being touting by civil rights activists — inspiring black youths to make right choices to become all they can be? Instead, Leftists demand that black Americans view themselves as victims. I choose to live in Justice Thomas’s America.