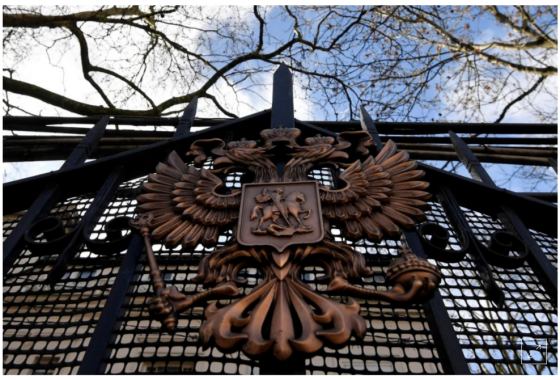 As I predicted yesterday, the Kremlin is getting ready to officially expel Britain’s diplomats over the nerve agent confrontation. This is in retaliation for Prime Minister Theresa May’s decision to kick out 23 Russians as relations with London crashed to a post-Cold War low over an attack involving a military-grade nerve agent on English soil.

This was the logical next step in the confrontation. It was the first known such use of a nerve agent since World War II. It sickened a former Russian spy and his daughter, who were found unconscious on a bench. It sickened 21 other British citizens. There is no cure and the agent was designed to cause maximum pain. If you don’t die from exposure, you progressively are more and more crippled until your life ends. It is torture by poison. If Russia is allowed to get away with this, there will be nothing stopping them from using it whenever and wherever they choose to.

US Ambassador to the United Nations Nikki Haley said Wednesday the Trump administration “stands in absolute solidarity with Great Britain” following a nerve agent attack against a Russian double agent and his daughter in the English city of Salisbury last week. Haley said Washington shared the UK’s assessment that the Russian state was behind the poisoning and demanded a firm international response. “The United States believes that Russia is responsible for the attack on two people in the United Kingdom using a military-grade nerve agent,” Haley said in her remarks at a UN Security Council emergency session, blasting the Russian government for flouting international law. “If we don’t take immediate concrete measures to address this now, Salisbury will not be the last place we see chemical weapons used,” said Haley. “They could be used here in New York or in cities of any country that sits on this council.”

The Russians went so far as to make fun of the British for this and to call them liars. They even accused the Brits of being behind the attack themselves. The nerve agent Novichok was created in Russia by their military and is specific to the Russians. I think we all know who the liars and terrorists are here and it sure as hell isn’t the Brits. Theresa May pointed the finger squarely at President Vladimir Putin and gave the 23 Russians who she said were spies working under diplomatic cover at the London embassy a week to leave. Now, after denying all involvement, Russia is returning the favor. They cast Britain as a post-colonial power unsettled by Brexit and even suggested London fabricated the attack in an attempt to whip up anti-Russian hysteria.

Asked by a Reuters reporter in the Kazakh capital Astana if Russia planned to expel British diplomats from Moscow, Russian Foreign Minister Sergei Lavrov smiled and said: “We will, of course.” Kremlin spokesman Dmitry Peskov said Russia could announce its response at any minute. And the march towards war continues. Britain, the United States, Germany, Poland, Australia and France have all called on Russia to explain themselves. Russia has collectively flipped all of them off and told them to pound sand. They arrogantly posture themselves and tell these nations to not dare threaten a nuclear power such as Russia.

Not only has President Trump implemented sanctions against 19 Russians for meddling in the 2016 elections here in the US, the administration issued a security alert detailing Russia’s orchestrated attempts to hack into our energy grid via government-employed hackers. The technical alert, a result of analyses by the Department of Homeland Security and the FBI, concluded that the Russian government conducted a “multi-stage intrusion campaign” targeting: “U.S. Government entities as well as organizations in the energy, nuclear, commercial facilities, water, aviation, and critical manufacturing sectors.” These are blatant acts of cyber warfare.

A German government spokesman called the nerve agent attack in Britain “an immense, appalling event.” Chancellor Angela Merkel said an EU summit next week would discuss the issue. She added that any boycott of the soccer World Cup, which Russia will host in June and July, was not an immediate priority. However, Britain is already boycotting it.

In a twist today and an attempt to look innocent, the Russians say they have opened a criminal investigation into the attempted murder of Yulia Skripal and stand ready to cooperate with British authorities. Color me highly skeptical and I doubt the Brits will fall for this subterfuge. They also opened a murder investigation into the death of Nikolai Glushkov, a former associate of the late tycoon Boris Berezovsky. Glushkov, 68, was discovered dead on Monday in south-west London. British police said they were treating Glushkov’s death as unexplained, but did not think it was linked to the attack on the Skripals. He was strangled and I absolutely think it is connected.

Skripal, a former colonel in the GRU who betrayed dozens of Russian agents to British intelligence, and his daughter have been critically ill since March 4, when they were found unconscious on a bench. When a police officer went to help them, he was poisoned as well and is in serious, but stable condition. What they don’t tell you is you never recover from the exposure.

British Foreign Secretary Boris Johnson said Britain’s quarrel was not with the Russian people but with the Kremlin. “We have nothing against the Russians themselves. There is to be no Russophobia as a result of what is happening,” he said. “Our quarrel is with Putin’s Kremlin, and with his decision – and we think it overwhelmingly likely that it was his decision – to direct the use of a nerve agent on the streets of the UK.” The Kremlin’s Peskov called the allegation that Putin was involved “a shocking and unforgivable breach of the diplomatic rules of decent behavior,” TASS news agency reported. Perhaps Johnson should be careful what he eats etc. He just drew a huge target on his own back here.

British Defence Secretary Gavin Williamson sparked particular outrage in Moscow with his blunt comment on Thursday that “Russia should go away, it should shut up.” Russia’s Defence Ministry proceeded to say he was an “intellectual impotent” and Lavrov said he probably lacked education. “Well he’s a nice man, I’m told, maybe he wants to claim a place in history by making some bold statements,” Lavrov said. “Maybe he lacks education, I don’t know.”

In London, opposition Labour Party leader Jeremy Corbyn struck a starkly different tone to that of the British government by warning against rushing into a new Cold War before full evidence of Moscow’s culpability was proven. The Labour Party are socialists – read communist-lite. Corbyn added that Labour did not support Putin and that Russia should be held to account if it was behind the attack. “That does not mean we should resign ourselves to a ‘new Cold War’ of escalating arms spending, proxy conflicts across the globe and a McCarthyite intolerance of dissent,” he said. Words are cheap and they always throw the McCarthy card when upset. McCarthy was not wrong – his approach was faulty and he didn’t finish the job of exposing communists in the US. That’s not intolerance, it’s survival. And it’s not a ‘new’ Cold War. It’s a war that never went away and that is shifting, you moron.

Nikkii Haley laid the blame firmly at Russia’s door. Highlighting Moscow’s support of the Assad regime in Syria following that government’s use of chemical weapons against civilians, Haley told fellow diplomats the world had reached “a defining moment.” “Time and time again, members states say they oppose the use of chemical weapons under any circumstance,” said Haley. “Now one member stands accused of using chemical weapons on the sovereign soil of another member. The credibility of this council will not survive if we fail to hold Russia accountable.” And she is right. We are at a tipping point and there will be no turning back.

The White House backed up Haley’s comments at the UN, saying it shared the British assessment of Russia’s culpability in the Salisbury attack. “The United States stands in solidarity with its closest ally, the United Kingdom,” the statement read. “This latest action by Russia fits into a pattern of behavior in which Russia disregards the international rules-based order, undermines the sovereignty and security of countries worldwide, and attempts to subvert and discredit Western democratic institutions and processes.” Russia just crossed a line and it’s now our move. Let’s hope it’s a good and forceful one. 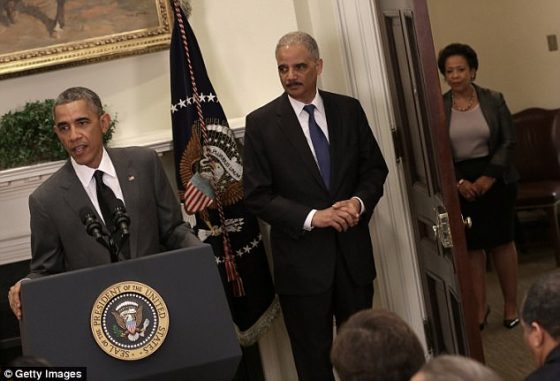 So, while the national student walkout is partisan and in cadence with the democrats, with yet another march is scheduled later this month….there is a bombshell revealed from testimony in a congressional hearing.

“It’s my understanding that under federal law fugitives cannot legally purchase or possess guns,” Senator Dianne Feinstein (D-CA) began. “We’ve heard from local law enforcement that the Justice Department has issued a memo that forced the FBI NICS background check database to drop more than 500,000 names of fugitives with outstanding arrest warrants because it was uncertain whether those fugitives had fled across state lines.”

“Mr. Bowdich, can you describe why this determination was made by the Justice Department?” Feinstein asked.

“That was a decision that was made under the previous administration,” Bowdich replied. “It was the Department of Justice’s Office of Legal Counsel that reviewed the law and believed that it needed to be interpreted so that if someone was a fugitive in a state, there had to be indications that they had crossed state lines.”

Advance the video of the hearing to the 58:51 mark.

That disagreement was settled at the end of Obama’s second term, when the Justice Department’s Office of Legal Counsel sided with the ATF’s interpretation. Under President Donald Trump, the DOJ defined a fugitive as a person who went to another state to dodge criminal prosecution or evade giving testimony in criminal court, and implemented the Office of Legal Counsel’s decision. The decision meant that around half a million fugitives were removed from the National Instant Criminal Background Check System. More here.