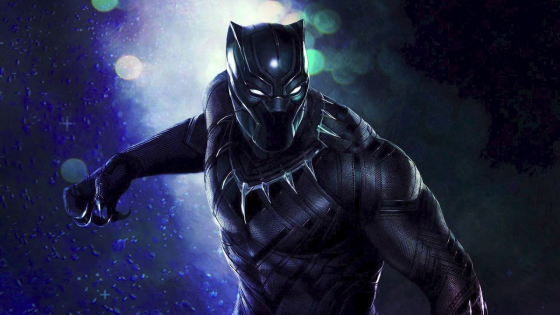 As a proud American who happens to be black, my issue with Black Panther mania is the movie’s enormous role in furthering Leftists’ lie that blacks are suffering in an eternally racist America.

Blacks are leaving movie theaters believing they must be defensively conscious of their skin-color, practically deifying African culture and moving towards segregating themselves.

The anti-America Black Consciousness movement has been clamoring for decades for blacks to self-segregate — seems like I remember them demanding to be given North Carolina or some other nonsense. With movies like Black Panther filling black youths heads with America-hates-you-crap, ten years from now, will massive numbers of blacks seriously seek to separate themselves?

Independent thinking blacks with the courage not to share in the movie’s black-are-victims-of-evil-America mindset are ostracized for being traitorous to their blackness.

In the Dr Martin Luther King, Jr days of the civil rights movement, Dr King dreamed of a colorblind America in which people were judged by the content of their character rather than the color of their skin. Dr King dreamed of black kids and white kids joining hands in brotherhood.

Decades ago, Democrats hijacked the civil rights movement; insidiously polarizing Americans along racial lines for selfish political gains. Democrats’ want every new generation of black Americans to believe evil racist white America is out to get them and blacks’ only hope is to always vote for Democrats.

Liberalism infected the honorable civil rights movement transforming it into a cult of revenge, lies and deception. Demanding the removal of historical monuments is nothing more than Leftists’ revenge, poking their fingers in the eye of southerners. Leftists claim all they want is an equal and fair playing field for minorities to compete which is overwhelmingly supported by a majority of Americans. In reality, Leftists have declared it open season on straight white males; pushing women, blacks and homosexuals to freely punish and boldly express racist hatred against straight white men.

Leftists who run the modern civil rights movement have shattered Dr King’s dream of national brotherhood and equal rights for all Americans. Leftists are seeking racial revenge against whites, deceptively marketed as “social justice”. In essence, Leftists say you whites have been in power far too long. Now it is time for you to feel what it is like to be suppressed.

The Black Panther Challenge is a GoFundMe site raising money to purchase movie tickets for black kids. The site says they are “inspiring kids of color to dream big by helping them to see the Black Panther movie in theaters.” http://bit.ly/2FOROAu

A preacher’s kids begged him to allow them to see a popular R rated movie because it only had a small amount of bad stuff. The preacher asked his kids. If I made you brownies with a tiny amount of dog poop in them, would you eat them?

While the Black Panther movie is an excellent production, it is filled with dog poop; Black Lives Matter racially divisive lies. It is evil to sell black kids who have been blessed to be born in the greatest land of opportunity on the planet, the lie that their country hates them. Therefore, their only hope for success, dignity and pride is to embrace an Afrocentric culture and racial identity politics. Unquestionably, the Black Panther movie is a voter registration tool for the Democrat party.

Extraordinarily successful real-life black superheros are hated because they prove Leftists are lying about racism keeping blacks down in America. Americans are great people who honor and appreciate character and excellence regardless of skin color.

Earning over a billion dollars at the box office, the Black Panther movie is like a racially divisive nuclear bomb dropped on America, infecting black youths with anti-American radiation poisoning for decades.

Dr Martin Luther King, Jr said, “I have a dream that one day — little black boys and black girls will be able to join hands with little white boys and white girls and walk together as sisters and brothers.” Dr King’s vision of racial unity realized in America is extremely repulsive to Leftists.

Black Panther 2 is sure to come. We must do everything in our power to counter Leftists’ lies, educating black youths to the truth that God gave them a great gift — being born Americans.