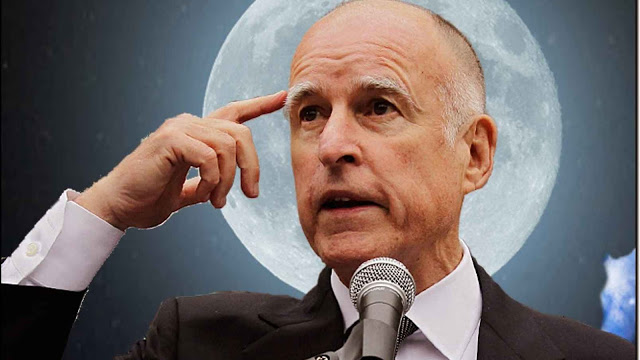 So what has Trump done to convince Leftists that he must be crazy? Unlike Republicans, Trump fearlessly confronts fake news media; calling them out when they lie. Unlike Obama’s punish-evil-America-first presidency, Trump has America’s best interest at heart. Unlike Leftists seeking to dissolve our borders, Trump plans to build a wall to protect our people and our economy. Insanely, Leftists cheered when Obama allowed Ebola into America http://bit.ly/2un9AkR, claiming it was racist and unfair for Americans not to be subjected to the disease. Unlike Obama, Hillary, Democrats and fake news media’s war on Christianity (forcing a 100-year-old order of Catholic nuns to fund contraception http://bit.ly/2y6lgwD and forcing Christian businesses to service homosexual weddings), Trump vows to defend religious liberty.

So I guess according to Leftists’ perverse way of thinking, Trump must be crazy; along with the 63 million Americans who voted for him.

Governor Brown signed a new law making California a Sanctuary State, doubling down on his bizarre quest to undermine American citizens. In essence, Gov Brown gave federal law, Trump and legal California residents his middle finger. Numerous California families have suffered devastating losses of family members killed by illegals with long felony records who have been deported several times and welcomed back with open arms by Gov Brown. One mom whose son was killed by an illegal with two DUIs and two felonies said Gov Brown should be arrested for treason. http://bit.ly/2HWynCt Isn’t it reasonable to question Gov Brown’s sanity?

Liberal governing has transformed beautiful California into the poverty capitol of America with the worst quality of life. http://fxn.ws/2FbUAi6 Crazy taxes http://fxn.ws/2F7K0VA, crazy high cost of living https://bit.ly/2G3L8ux and crazy overreaching regulations https://bit.ly/2CrUWNT have crushed the middle class, forcing the middle class to exit the golden state. All that is left in California are illegals feeding on the breast of the state, rapidly growing massive homeless tent cities https://bit.ly/2mDx5TK and the mega-rich. Would a sane governor take pride in causing this to happen to his state?

Headline: “San Francisco Is A Literal S***hole, Public Defecation Map Reveals.” https://bit.ly/2DeiXeP Can you imagine homeless people pooping on the streets being so pervasive that an interactive map was created to help citizens avoid the piles of poop? Human feces carries infectious diseases. https://bit.ly/2GReRYF What kind of irrational logic deems posing such health risks to constituents an act of compassion? Is Governor Brown crazy?

Insanely, three fourths of California taxpayers’ dollars, more than $30 billion is spent on illegal aliens. Meanwhile, despite the highest taxes in the nation, California is $1.3 trillion in debt — unemployment is at a staggering 11%. California’s wacko giveaways to illegals includes in-state tuition, amounting to $25 million of financial aid. Nearly a million illegals have California driver’s licenses. LA county has 144% more registered voters than there are residents of legal voting age. Clearly, illegals are illegally voting. https://bit.ly/2IGYXR6

Get this, folks: Americans are spending almost a billion dollars a year on auto insurance for illegals. Gov Brown is gifting illegals billions in welfare and housing while his constituents cannot find a place to live.

Ten years ago, a buddy of mine excitedly moved his family from Maryland to California to accept the highest paying job of his career. Despite his lucrative salary, he was forced to move back east due to the outrageous high cost of living. My buddy said if he were an illegal, practically everything would be free. His story inspired me to write and record a Beach Boys style song titled, “Can’t afford The Sunshine”. https://bit.ly/2HVneBD

Once again I ask you folks, would a rational governor do what Brown is doing to his constituents? Is Governor Jerry Brown mentally ill? 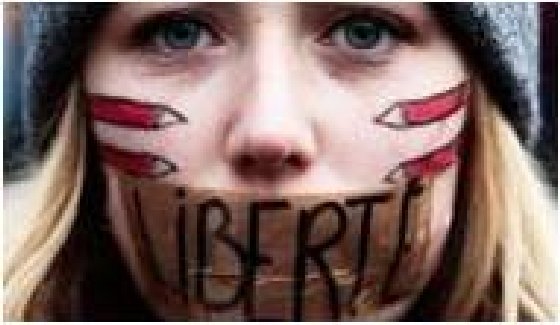 Silence speech and the war is won.