Lauren Price has been on Facebook (FB) for eight years and claims she frequently saw political ads on the social network during the 2016 election. She is suing the companies on behalf of other US Facebook members whose information was also collected by Cambridge Analytica, a data firm that worked with the Trump campaign.

The proposed class-action lawsuit was filed Tuesday at the US District Court in San Jose, California. Price is seeking unspecified damages.

This is the first lawsuit brought by a Facebook user over the Cambridge Analytica news, but others are likely to follow. The lawsuit is part of a growing backlash against both companies.

On Tuesday, Facebook (FB) investor Fan Yuan filed a lawsuit against the company in federal court on behalf of other investors. The suit claims Facebook made “misleading statements” and neglected to disclose details about third-party access to data, which caused the company’s stock price to fall significantly.

Price’s complaint adds that the companies have violated the privacy of million of people in the U.S. alone, and that users now have a higher risk of identity theft as a result.

“There’s going to be a lot of litigation flowing from this,” said attorney Jay Edelson of Edelson PC in Chicago. He is not involved with either case, but his firm does plan on filing related lawsuits in the near future.

“The most direct liability is against Cambridge Analytica. We believe they have violated a host of city, state, and federal laws,” said Edelson. “The case against Facebook is less direct. On the surface, many believe that Facebook acted, perhaps, negligently. We believe we will be able to provide more context to how Cambridge Analytica fits Facebook’s overall business model.” More here from CNN. 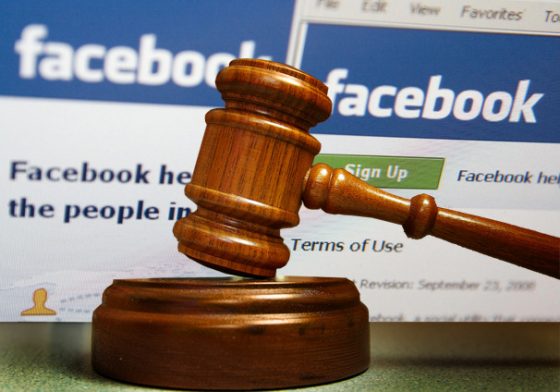 “Amid growing public concern in the past weeks that Facebook has mishandled users’ data, our investigation shows that Facebook also allows and even encourages its paid advertisers to discriminate using its vast trove of personal data,” Lisa Rice, NFHA’s president and CEO, said in a statement.

“Facebook’s use and abuse of user data for discriminatory purposes needs to stop. It is already a challenge for women, families with children, people with disabilities and other under-served groups to find housing.”

Earlier this month, it was revealed that a political consultancy group was able to exploit Facebook user data on behalf of the 2016 presidential campaign for Donald Trump. Facebook chief executive Mark Zuckerberg personally apologized, but the social media giant has remained mired in controversy regarding how third parties can access user data.

Shares of Facebook dropped another 4.9 percent Tuesday to close at $152.22. Since the data breach was widely publicized on March 17, the stock has plummeted 18 percent.

The federal lawsuit filed by NFHA alleged that the way Facebook’s ad service is built allows for discrimination when it comes to housing. Landlords can choose not to show ads to certain groups of people based on gender, family status and a series of other qualities.

“Facebook’s platform that excludes these consumers from ever seeing certain ads to rent or buy housing must be changed immediately,” Rice continued.

“Facebook ought to be opening doors to housing opportunities instead of closing them.”

Facebook has not released any comments on the NFHA lawsuit.