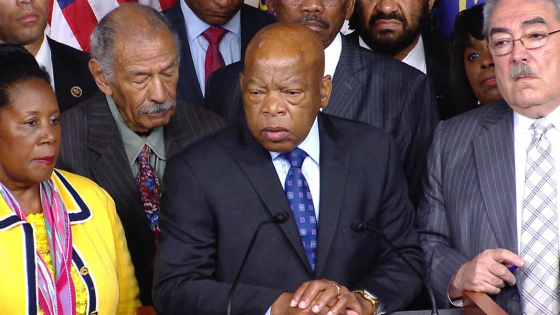 Turning 65, my relative is about to retire from her job as a Baltimore City transit bus-driver. She said she is extremely tired of having to deal with black people with entitlement mindsets. Self-preservation has taught her not to argue with thugs boarding her bus, refusing to pay the fare.

Upon asking a gentleman to pay his bus fare, he exploded in anger, ranting about how a black man can’t catch a break in this f****** country. He excoriated my relative for being a black woman unwilling to give a black man a break.

My relative wisely kept silent as not to escalate the situation. She angrily retorted in her brain, “A black man needs to work! Why do you think someone owes you something? I do not like to work. But work is what I must do to enjoy the life I live — my home, car and etc. It is called being a responsible adult, doing what one has to do.”

A black female passenger joined the black man’s attack on my bus-driver relative, “Excuse me, ‘Miss Privileged’, not everyone is fortunate like you to be able to afford bus fare.” My frustrated relative silently kept driving.

As the weird Republican of our family, I took the occasion to educate my relative. I explained that her passengers’ entitlement mindsets are the result of decades of democrats’ convincing blacks that they are victims in eternally racist America; deceptions and lies. Blacks believe voting for democrats will keep evil racist white America at bay.

Democrats refuse to hold blacks accountable for anything; black on black crime https://bit.ly/2ogopV9 ; epidemic school dropouts; out of wedlock births and generational poverty.

Insidiously, democrats have totally relieved blacks of all responsibility for their lives. Democrats have tripled down on teaching black youths that everything wrong is the fault of “white privilege” https://bit.ly/2qb3m7a ; systematic, cultural and economic white racism in America.

A 90 year old black relative beamed with pride over Dr Martin Luther King, Jr.’s granddaughter speaking at the March For Our Lives rally in DC. Experiencing the racism he endured back in the day, I can understand the 90 year old’s racial pride. However, I saw Dr King’s granddaughter’s appearance at the rally as another incident of leftists exploiting blacks to further their crazy agenda. It felt pointless to inform the 90 year old that the rally was about generating hatred for innocent gun-owners and Trump. The kids were used as props. Less than 10% at the rally were teenagers. The rest of the crowd were women and Hillary’s Trump haters. https://bit.ly/2GBaAYA

My relative who is a Baltimore City bus-driver said most blacks believe Trump is racist because of what he said about Mexicans. I explained to her that Trump does not have a problem with Mexicans. Trump along with millions of voters have a problem with our country being invaded; people coming across our border illegally with no respect or desire to embrace our American culture.

My relative stared at me in disbelief when I told her about San Francisco having to provide a map to help citizens avoid piles of poop left by the homeless. https://bit.ly/2DeiXeP

I shared a fictional story I wrote a few years ago. In my story, I came home from a cruise to find my backyard overrun with foreigners camping out; snakes of electrical cords plugged into my power-socket. When I called the city to help remove my home invaders, local democrat politicians called me a racist. Frustrated, I screamed, “This has nothing to do with race!”

Folks, leftists are calling Trump and his voters racist for pushing back against illegals invading our homeland.

Ignorance of the truth regarding numerous political issues is a huge problem in the black community. Every major black talk radio show, black TV network, black movies and most black churches sell democrats’ false talking points. No one in my family has heard of national conservative black talk radio hosts like Larry Elders and Herman Cain.

I spoke and sang at over 500 tea party rallies on numerous national bus tours; Tea Party Express and others. Numerous times to no avail, I approached the GOP about being more proactive about taking the truth to black communities.

I proposed a tour which I titled, “Reach Your Dreams” rallies. The idea was to take successful minorities into black neighborhoods to simply share their stories. Our mission would be to enlighten blacks to the wonderful truth that they are blessed to be born in the greatest land of opportunity on the planet. Reject the democrats’ evil divisive lie that blacks are victims in America. Get an education, work hard and make right choices to achieve your American dream.

Some Republicans said, “Why bother? Blacks will always vote democrat.” I said we have a moral obligation to get the truth to blacks who are mentally stuck on democrats’ plantation of deceptions and lies.

Educating my Baltimore bus-driver relative was a small step toward liberating blacks from democrats’ and leftists’ bondage.

“Our lives begin to end the day we become silent about things that matter.” Dr Martin Luther King, Jr.

Equities rebounded on the belief cooler heads will prevail regarding trade. Some also believe earnings reports should lower volatility. Equities were exhibiting relative strength until late in the afternoon when the headlines read that Trump’s lawyers office was raided by the FBI over the Stormy Daniels’ payoff.

As noted many times, the averages are dominated by headline risk. Headlines that are the primary component for trading decisions, the result for the relentless drive for the cheapest and quickest execution and to heck with any type of geopolitical or macro-economic analysis.

Speaking of headlines, how will Facebook’s CEO congressional testimony be perceived? His prepared remarks were released yesterday, remarks where the company expressed contrition.

According to some, however, Zuckerberg is going to be lambasted as Facebook is viewed as the poster child for Silicon Valley’s attitude towards privacy. I believe privacy is a basic human right and once trust/privacy is lost, it is almost impossible to recover.

Changing topics, some are stating relations between Russia and the US are the worst since the Cold War. Russian equities, which in many regards are dominated by western momentum monies, fell Monday be the greatest amount in four years. The Ruble fell the most in three years, the result of sanctions against prominent Russian billionaires and the companies that they control.

Are these declines of any significance? Twenty years ago, at the onset of the interconnectivity of the financial markets, a similar Russian decline was a precursor for volatility in the western markets. At this juncture, I believe it is just “noise,” but such could be of greater interest especially as it relates to the oil markets.

Speaking of crude, oil advanced over 2.25% on increased geopolitical tensions, tensions that involve Russia. Last week, I referenced a Goldman report stating that energy equities are the most undervalued as compared to the S & P 500 in at least 50 years.

Historically, on average, crude represents about 9% of the S & P 500. Today it is less than 5%. Moreover. energy equity shares are priced for about $25/barrel, not the current price of $64. It is not a question as to if this imbalance is corrected, but when.

Equities should open sharply higher today after China’s President stuck a conciliatory tone during a major speech. Xi said Cold War and zero sum mentalities were “out of place” and backed free trade and dialogue to resolve disputes. Treasuries fell in price and oil surged another 1.5%. President Trump is also striking a more conciliatory tone and at this juncture recent fears of a trade war are perhaps overblown, thus reinvigorating faith in the continuation of the synchronized global growth story.