In February of 2013, the 600 members of the National Assembly of People’s Power and the 1600 provincial government representatives voted for Miguel Diaz Canal to be vice president. As of April 2018, Miguel Diaz Canal will reign supreme over Cuba as Raul Castro steps down.

While the Cuban military runs most of the operations in Cuba including all tourism, it is predicted under Miguel Diaz Canal, the junta will expand in Cuba. Cuba remains on the U.S. State Department Tier 2 Watchlist because of human trafficking.

For a historic slide show on Cuba, go here. 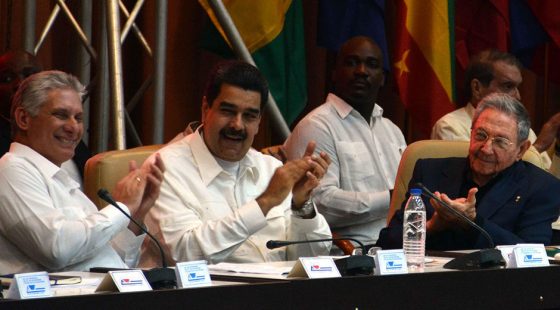 Cuba remains in an economic crisis and has been patching this crisis with oil agreements with Venezuela, attempting to increase agriculture production and applying some reforms. Meanwhile Cuba has asked Australia, Austria, Belgium, Canada, Denmark, Finland, Italy, Japan, the Netherlands, Spain, Sweden, Switzerland and the United Kingdom for debt forgiveness which in total is estimated in the $11 billion range. Russia wrote off $32 billion in Soviet era debt of Cuba in 2014.

As a continued threat to the United States, Russia re-opened a signals intelligence facility at Lourdes and two Russian oil companies, Gazprom and Zarubezhneft, have continued offshore oil drilling exploration operations. In 2014, President Xi of China visited Cuba to sign 29 trade agreements along with debt and  credit cooperation concessions. 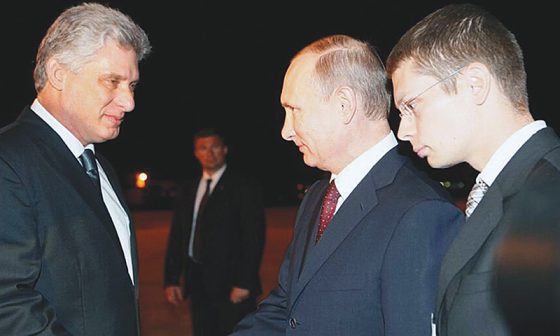 In 2013, a weapons shipment on board a North Korea ship that left Cuba bound for the return to North Korea was discovered raising additional concerns for sanctions violations of both countries. The ship’s cargo was discovered in Panama due to suspicions of carrying illicit narcotics.

In 2009, the Obama administration began a significant shift in policy toward Cuba launching a new beginning which led to the reopening of the U.S. embassy in Havana. Yet nothing in Cuba changed with regard to human rights violations but some dissident prisoners were released and there were some Cuba spies released from the United States back to Cuba. U.S. citizen Alan Gross was also released from prison by Cuba and returned to the United States. In at least four rounds of talks with Cuba to reestablish diplomatic relations with the United States, Barack Obama sent a resolution to Congress to removed Cuba from the designation of a State Sponsor of International Terrorism. There were no objections by Congress and the rescission of this designation was removed.

The Trump administration has made statements indicating a reversal to some of the policy changes made during the Obama administration. This also includes operations at Guantanamo Bay.Meanwhile, Cuba still protects fugitives from justice including Assata Shakur also known as Joanne Chesimard that killed a New Jersey State police officer when she was a member of the Black Liberation Army. Another fugitive is William Guillermo Morales, a member of FALN that a domestic terror group convicted in New York for bomb production and weapons charges in cases going back to 1978.

There are continued property claims totaling 5911 where private property and that of U.S. corporations were confiscated by the Cuban government. The value of these claims is in the $10.9 billion and no resolution is in sight.

So, as Raul Castro passe power to a younger groomed and mentored communist, there is no reason to consider that relations and conditions will improve or move closer to a democratic process in Cuba. Not to be overlooked, the matter of a still unclear health attack of U.S. and Canadian diplomats assigned to the embassy in Havana has not been resolved. Both the United States and Canada have removed personnel as a result of debilitating health issues where Cuba has not protected or mitigated these acoustic attacks in and around the homes of diplomatic housing quarters.

In a videotaped private meeting with Communist Party members, Cuban Vice President Miguel Díaz-Canel — often portrayed as a moderate politician with a quiet disposition — took on an all too familiar hardline tone that offered a rare glimpse into his ideology.

In the video, which has quickly spread across social media platforms, Díaz-Canel lashed out against Cuban dissidents, independent media and embassies of several European countries, accusing them all of supporting subversive projects.

For the United States, he had this message: Cuba will not make any concessions.

“The U.S. government… invaded Cuba, put the blockade [embargo] in place, imposed restrictive measures. Cuba did not do any of that, so in return for nothing they have to solve those asymmetries if they want relations and if they want normalization of the relations,” Díaz-Canel said in the February meeting captured on video and published by Cuban dissident Antonio Rodiles on YouTube this week.