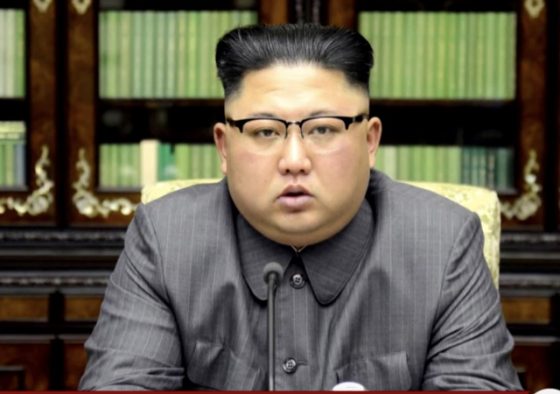 A new report from Bloomberg’s North Korean government reporter says Pyongyang has developed nuclear weapons and has no further plans to conduct ballistic missile tests. But is that really what the North Korean’s are saying here? Personally, I don’t think so. What the North Koreans are actually saying is that they have finished developing their delivery system via an ICBM. North Korea already has about 20 nukes in their arsenal. It is likely that Kim is removing this from the negotiating table preemptively. Hate to burst everyone’s bubble out there, but this is exceedingly bad news… not something to do a snoopy dance over.

It is a manufactured misunderstanding by the North Koreans and we seem to be falling for it. I certainly hope our military commanders aren’t snookered by this move. The North Koreans don’t need further tests before the talks if they have already achieved a workable delivery system for their nukes. Once again, we are being lied to by the North Koreans, just as they have lied to their people for decades. It makes sense Kim would claim such a thing to save face with those he and his family have relentlessly oppressed. They pulled this same stunt with Clinton and Bush over and over again. And notice that these announcements are actually coming via the South Koreans, not the North.

The North does not want to really cease hostilities with the South. They want a unified Korea under one rule and that rule in the end is China. It makes no sense that North Korea already has functional nuclear weapons and then they suddenly say they will stop like this. They are using it as a nuclear carrot for talks with President Trump. One they will threaten to use if things don’t go their way in those talks. 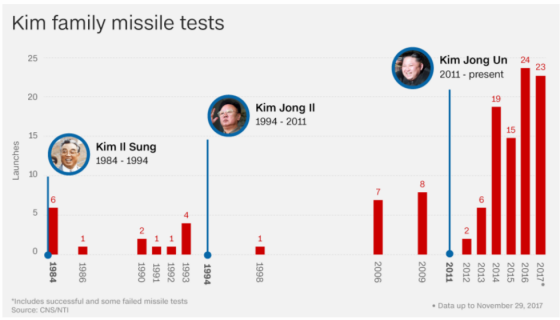 North Korea says it has suspended nuclear and long-range missile tests and plans to close its nuclear test site.

The country says it’s making the move to shift its national focus and improve its economy.

The announcements came days before North Korean leader Kim Jong-Un is set to meet South Korean President Moon Jae-In in a border truce village for a rare summit aimed at resolving the nuclear standoff with Pyongyang.

The North’s decisions were made in a meeting of the ruling party’s full Central Committee which had convened to discuss a “new stage” of policies.

Here's KCNA with six points from Kim Jong-un. The Punggye-ri test site will close *because* North Korea feels it has conducted sufficient testing and is happy with its weapons. That's important context here. pic.twitter.com/uRlu30LG2O

North Korea continues to make concessions ahead of the talks. Last month Kim told a South Korean delegation he “understood” the need for joint US-South Korean military drills. Earlier this week he dropped his requirement that US troops leave the Korean Peninsula as a precondition for denuclearization. Pompeo has met with Kim and those talks went well. But again, words are life and death here and things are never what they seem with the NoKos.

Analysts stressed caution over Kim’s words, noting that Pyongyang was likely to be seeking something in return – North Korea always does. “The announcement is significant, but you know, whether North Korea is truly serious remains to be seen,” said Sue Mi Terry, a former CIA North Korea analyst. “They might be looking for freeze-for-freeze deals. They are looking for sanctions relief. So what are we going to give for this freezing of tests?”

Josh Pollack, senior research associate at the Middlebury Institute of International Studies at Monterey, said the news was Kim’s way of announcing his country is a fully paid-up member of the nuclear club. “They have wanted to be seen as an arrived nuclear power for a while and one thing that the other nuclear powers don’t do is test, with the exception of India and Pakistan, no one has done it since World War II, so it’s a sign of immaturity to test and they’re saying: ‘We’re technically mature now, so we don’t need to (test) anymore.’ “They’re not giving anything up, they’re keeping (their weapons) and that’s the message. It was wrapped in this seeming concession, but it’s not really a concession. (If) they can decide to test after all, they can just start doing it again.”

Point 4 is important: pledging not to transfer nuclear weapons or technology. One, because that’s a big concern in Washington. But also two, implies they will keep them…but simply not transfer them. https://t.co/q25r7wbPYy

The change in North Korea’s policy was announced via state news agency KCNA. It published a six-point list that emphasized the country had achieved its nuclear objectives:

• “The nuclear test site in northern area will be discarded” — KCNA said as of Saturday that North Korea will no longer conduct nuclear or intercontinental ballistic missile tests, and to “ensure transparency” the test site would be closed.

• There’s a commitment to “dramatically raise people’s lives” — Development of a “strong socialist economy” will become a priority for the country.

• North Korea “will intensify close ties and dialogue” — The country says it’ll improve relations with neighboring countries and the international community to promote peace on the Korean Peninsula and beyond.

Notice they make a point of saying they ‘won’t’ denuclearize and will only use their weapons if similar weapons are used on them. Phrasing is everything here.

President Trump seemingly sees the sleight of hand here and has clarified that they have suspended ‘tests’, not their weapons program. And it is a temporary suspension at best. One thing is for certain, you cannot trust the North Koreans.

Several experts tell me this move is primarily a gesture from Kim Jong Un but also one that puts the ball squarely in Trump's court ahead of a potential summit. https://t.co/tljroThl29

The precise language here is important. Closing the testing site doesn’t preclude atmospheric nuclear tests for example (or other sites). And missile tests could still be conducted under the guise of space launch vehicles. Language matters— for how it can be potentially flanked. https://t.co/9Tltru7ueQ

They have reached a point in their development cycle/testing sequence that this is probably technologically true. In fact they told us in November already that they had reached completion of their nuclear deterrent. https://t.co/VBSY9ePZW0

DPRK can probably stop where it is and still be fine.

BREAKING: Kim Jong Un says “our decision to SUSPEND NUCLEAR TESTS is part of the world’s important steps for nuclear disarmament and our republic will join global efforts to COMPLETELY suspend nuclear tests.”

North Korea has agreed to suspend all Nuclear Tests and close up a major test site. This is very good news for North Korea and the World – big progress! Look forward to our Summit.