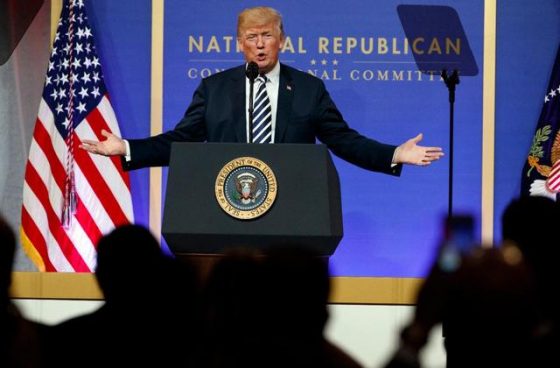 Sammy, our greyhound, is around 100 years old in dog years. His health is failing. Mary and I hate leaving Sammy with our pet-sitter, but we must fly to Arizona to help propel Debbie Lesko to victory in the Congressional 8th district race. https://bit.ly/2J4rRtQ Shockingly, polling shows Lesko and her Democrat opponent are neck and neck. Folks, we cannot allow democrats to regain control of the House and Senate.

Folks, I get it. You’re busy earning a living, raising a family and taking the kids to soccer. House and Senate races appear pretty boring and unimportant. However, they are extremely important. Our booming economy, reversals of Obama’s destructive executive orders and Trump restoring power to We the People confirm that Trump is well on his way to making America great again. If the Democrats win back the House and Senate, all Trump’s progress for us will stop.

After impeaching Trump, Democrats will revert back to their America in which achievers are demonized and punished. Remarkably, Democrats (leftists) view our country as the greatest source of evil on the planet. Consequently, Democrats will continue their mission to make America last.

A Texas pre-k elementary school teacher exposed how the LGBT agenda is being taught to 4 year old students. https://bit.ly/2H6NFo2 Teachers are instructed to explain homosexuality to 4 year olds and teaching the kids that “gay love is beautiful”. The pre-k teacher was instructed to use LGBT children books in the school library like, “Jacob’s New Dress” which celebrates a little boy who wants to wear a dress to school. To be inclusive, the principal instructed teachers to no longer refer to students as boys and girls, but rather call them, “eagles”.

The pre-k teacher said her school is a title one school which means most of her student’s families are at poverty level. They struggle with writing, reading and math. The mostly minority parents view her as a trusted advocate for their kid’s education. The pre-k teacher questioned why they are forced to spend a large amount of valuable time teaching LGBT lessons. She also felt uncomfortable teaching LGBT lessons without parental knowledge or consent. Democrats are force-feeding students and their parents transgender ideology. https://bit.ly/2voOhE4

Thank God, Trump appointed Betsy DeVos, a strong advocate for restoring parental rights as Secretary of Education. https://bit.ly/2ybCXMe If Democrats win back control of Congress, Democrats will continue using public schools to circumvent your values; molding and shaping your kids into their image.

Tear Down Trump’s Border Wall to Resume the Invasion

Unlike most Republicans, Trump courageously challenged democrats, moving forward on building a border wall. Trump’s wall is vital to our national security protecting us from criminals, drugs, illegals and terrorism. https://fxn.ws/2GisXFs If Democrats regain Congress, they will roll out the red carpet to illegals invading our country. Democrats desire a tsunami of low-skilled, needy and government dependent illegals, assuming they will become new democrat voters.

Hillary Clinton along with Democrat Senator Doug Jones proudly support aborting babies at the moment of birth. https://bit.ly/2HAYdz7 America has aborted over 60,000,000 babies since Roe v Wade in 1973. What if God gifted one of those aborted babies with cures for cancer and AIDS. https://bit.ly/2vyUP2W Leftists are at war with innocent unborn babies because they believe child-birth harms the planet. https://bit.ly/2HextFi This contradicts God’s command to be fruitful and multiply. (Genesis 1:28) But then, leftists are smarter than God. If Democrats win Congress, more babies will die.

President Trump ended Obama’s lawsuit against Little Sisters of the Poor. https://bit.ly/2HdbGxK Obama relentlessly sought to bully the 100 year old order of Catholic nuns to fund abortion services against their faith. Democrats winning Congress will emboldened Democrats to press forward with their war on religious freedom, forcing Christians to kneel in worship to leftists’ false god of liberalism.

Triple Down on Disarming Law-Abiding Citizens

Since entering the presidential campaign Trump has had the impact of a nuclear bomb on political correctness; freeing the tongues of millions of Americans. Obama’s DOJ threatened to prosecute anyone speaking badly about Islam. https://bit.ly/1mxTG1G Leftists seek to criminalize expressing skepticism about leftists’ unproven theory of man-made climate change. https://bit.ly/2qMLCPV Impeaching Trump will empower Democrats to silence speech; repealing our First Amendment.

Reversing Our Good Relationship with Israel

In essence, Obama gave Israel Prime Minister Benjamin Netanyahu and Israel his middle finger. Remarkably, Trump confirmed America’s restored friendship and respect for Israel by recognizing Jerusalem as the capitol of Israel and promising to move our US embassy to Jerusalem. https://fxn.ws/2nA7e2V Christians are elated because God promised to bless those who bless Israel and curse those who curse Israel. (Genesis 12:3) Democrats controlling congress will reinstate America treating Israel badly.

Folks, unlike any president before him, Trump is dealing with a huge powerful coalition determined to destroy him. This Trump hating coalition includes Democrats, fake news media, Washington DC elites, Hollywood and an outrageous traitorous group lead by Obama titled Organizing for Action. https://bit.ly/2llkEeo The coalition’s deranged hatred for Trump trickles down to We the People for electing him.

If Democrats take back Congress, these foaming at the mouth leftists will strike down upon We the People with “great vengeance and furious anger”, punishing us for daring to undermine their agenda. With an iron-fist, Democrats will triple down on forcing tyranny and sexual perversions https://bit.ly/1Po8bhJ down our throats.

This is why each house and senate race matters deeply. We cannot allow democrats to regain control of congress. Please view this short video to see how you can help. https://youtu.be/1cyioUexSbk

The Special Election in Arizona is Tuesday, April 24th. Mary and I knew we had to fly to Arizona to join the Conservative Campaign Committee to secure victory for Debbie Lesko https://bit.ly/2J4rRtQ ; leaving our beloved 100 year old ailing greyhound, Sammy with the pet-sitter.

It’s a strange paradigm when the man operating without the consent of Congress is fulfilling his assignment and yet, the man serving with Congressional approval needs an Act of Congress to do his duty.

A sensational new report, the first of its kind, documents the number of abortions in the world, since the Russian Communist revolution legalized abortion, at 1 billion. This makes abortion the greatest genocide ever. Thomas Jacobson of the Global Life Campaign discusses the new report, which is co-authored with Dr. Wm. Robert Johnston and now available to the public, and the role of former Secretary of State Henry Kissinger’s infamous population control document, “National Security Study Memorandum 200. ” Jacobson and host Cliff Kincaid also examine how the United Nations has become a leading proponent of abortion worldwide as a “human right.” Globally, the Chinese Communist dictatorship is now the leader in death by abortion, with 381 million abortions and Russia at 256 million, while the U.S. has destroyed 60 million of the unborn since the infamous Roe v. Wade Supreme Court decision of 1973. 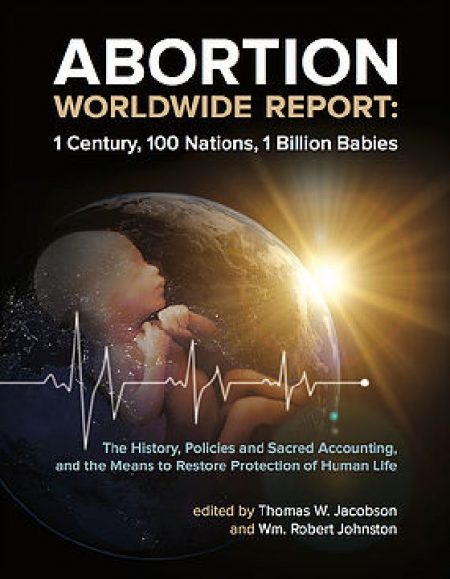