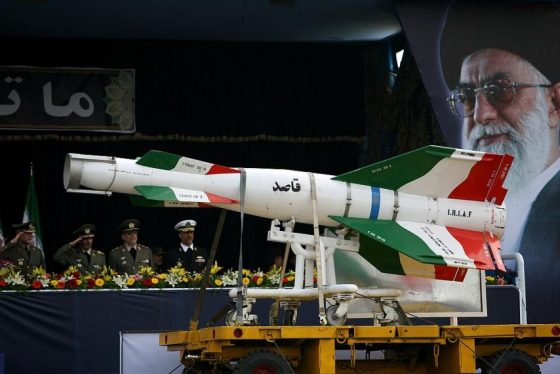 President Trump is meeting with France’s leader Macron. Though ostensibly a socialist, he seems to have at least some spine and I have watched their interactions hopefully. My primary focus is the deal with Iran. Of course the media’s focus is on stupid questions about Michael Cohen. I actually enjoyed seeing Trump smack the reporter from ABC for asking such an irrelevant question while we are hosting a major ally. It’s rude and just moronic. Jonathan Karl asked Trump whether he was considering a pardon for his personal lawyer Michael Cohen, after he was raided by the FBI. “Stupid. Stupid question,” Trump replied at Karl, glaring at him. Macron was surprised and amused and I don’t blame him.

The topic should be Iran, who is poised to get missiles from the Trump administration in a new Iranian nuclear deal. I’m watching both sides here. The joint press conference with Presidents Trump and Macron just finished and I think its safe to say that unless a lot more is being offered up by Iran than we know about, the Iran deal is probably dead. Both Macron of France and Merkel of Germany are pressing Trump to stay in the deal. Asked whether he would be willing to stay in the Iran deal, Trump said: “We’ll see. People know my views on the Iran deal. It was a terrible deal. It should have never ever been made. It’s insane. It’s ridiculous. It should never have been made. But we will be talking about it.” He’s right of course, but what Trump says and what is going on behind the scenes may be two different things here.

POTUS then added: “It just seems that no matter where you go especially in the Middle East, Iran is behind it, wherever there’s trouble, Yemen, Syria, no matter where you have it, Iran is behind it. And now unfortunately, Russia is getting more and more involved. But Iran seems behind everything where there’s a problem. And we just have to take a look.”

He added: “We’re not going to allow certain things to happen that are happening. The Iran deal is a disaster. The’re testing missiles. What’s that all about?”

He noted that Secretary Kerry said he didn’ t want to deal with issues beyond the nuclear program as part of the deal because it would be too complicated.

Asked about the prospect that Iran might restart its nuclear program if the deal is ripped up, POTUS said: “It won’t be so easy for them to restart it. They’re not going to be restarting anything. If they restart it, they’re going to have big problems, bigger than they ever had before. And you can mark it down. If they restart their nuclear program they will have bigger problems than they ever had before.”

Trump: "Iran seems to be behind everything where there is a problem." pic.twitter.com/9VYSu8Y988

JUST IN: “We’ll see," President Trump responds when asked while seated next to French President Macron if he’ll be staying in the Iran nuclear deal: "The Iran Deal is a terrible deal." pic.twitter.com/za0b8Aqlhc

The media shouldn't understate this. Trump just lost his temper and threatened war with Iran. pic.twitter.com/iYJVJFTOdH

What you are seeing here is probably the strong influence of John Bolton who staunchly stands against the Islamic regime who is the biggest purveyor of terrorism in the world. It’s time to bang heads with Iran and stand up to them. We can’t do that if we are encumbered by some alleged agreement with Tehran and with our major allies, particularly Germany, whoring themselves after Iranian petro-dollars. Pulling from the agreement and reimposing sanctions will cut off Western assistance to Iran. If war comes, it would have happened anyway. We should approach from a position of strength, not kneeling before the ayatollahs.

Behind the scenes, sources say the Trump administration is getting ready to legitimize Iran’s ballistic missile program, granting the Islamic Republic the ability to produce and test a series of missiles capable of striking Israel, according to those familiar with US concessions during ongoing talks over the future of the landmark Iran nuclear deal. I’m equally sure that Bolton will try to intervene.

The concession is said to have happened after weeks of pressure from France and Germany. The demand would only restrict ballistic missile activity to Iran’s longer range missiles, leaving untouched their mammoth arsenal of short-range and medium-range missiles that could easily hit Israel and other Middle Eastern nations. This would be beyond foolish and would surely lead to war with Israel, who Iran has vowed to wipe off the map.

This is what Syria is about. If we pull out, a vacuum ensues that Russia and Iran will fill. Once the Kurds are handed over to Turkey to be slaughtered, there will be nothing in Iran’s way of having a straight path to Israel and war. Sure, the Russians want the sea ports, but that’s not what interests the mullahs. This is part of the return of the Mahdi and their end times prophecy. 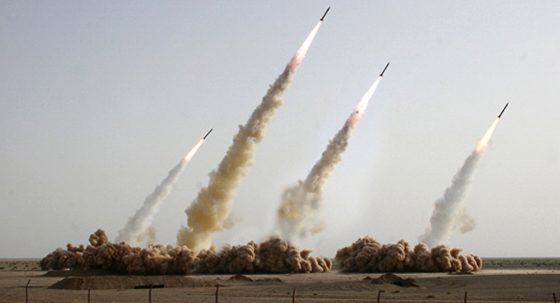 Sen. Ted Cruz has been a constant voice in the wilderness against Iran and the nuclear deal. He has been advocating in favor of tough new restrictions on Iran and is saying that the fixes proposed by the Europeans and supposedly endorsed by the Trump administration do not go nearly far enough in addressing Iran’s contested missile program. “Obama’s Iran nuclear deal was fatally flawed from the beginning,” Cruz said.”The deal required reckless international concessions and incentivized the international community to turn a blind eye to Iranian bad behavior. These proposed European ‘fixes’ don’t address the missiles Iran would actually build, the inspection problems that would actually arise, or the eventual sunsets as they would actually occur. They would only constrain the Iranians from doing things they never would have done. President Trump should reject these empty promises and withdraw America from this disastrous deal.” 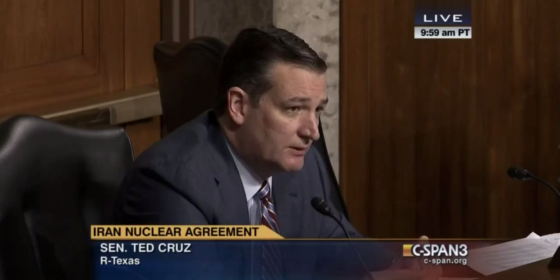 President Trump is also being urged to accept a basket of so-called fixes to the deal that Iran deal experts and administration insiders say falls far short of President Trump’s original demands. This reversal in the negotiating position of the United States could result in Trump deciding to wholly abandon the nuclear deal. Which I pray he does.

And Obama’s minions are meeting in secret with the Europeans over this. European officials, on a recent trip to Washington, DC, are said to have attended a dinner party where they met with former Obama administration officials and Iran deal supporters to figure out ways to preserve the accord and not give in to Trump’s demands, according to sources familiar with the ongoing talks. “When political directors [from European allied countries] came to town, they huddled with the deal’s supporters, another sign they’re just looking to preserve the JCPOA,” said one veteran foreign policy adviser apprised of the situation.

Since former secretary of state Rex Tillerson, who was in favor of the Iran deal, was fired, there has been little change in the US negotiating team on Iran. I would bet that if Bolton gets his way, it would be gutted as it should be. Tillerson was ostensibly fired for refusing to get tough with Iran. “The Tillerson-McMaster negotiating team is carrying water for the Europeans,” said one administration insider with knowledge of the nuclear talks, referring to H.R. McMaster, the recently fired national security adviser who also was viewed as going along with European concessions on Iran’s nuclear program. “They have nothing real to show after months of negotiations,” the source said. “The idea that they are even close to ‘fixing’ the JCPOA is farcical.”

One of the primary stumbling blocks in the talks are fforts to fully restrict Iran’s ballistic missile program, which has been endorsed by many in Congress, as well as by Trump. US and European officials are choosing to focus only on Iran’s long-range stockpile, which is a fatal mistake. Officials are pushing for a cap on Iran’s missiles that would keep them below a range of around 1,240 miles. This distance is the same one embraced by Iranian supreme leader Ali Khamenei when he issued a 2017 edict on the country’s missile program.

President Trump has flatly stated that this is Iran’s last chance. If a deal is not reached by May, the US will walk away from it. “This is a last chance,” the official said. “In the absence of a commitment from our European allies to work with us to fix the deal’s flaws, the United States will not again waive sanctions in order to stay in the Iran nuclear deal. And if at any time the President judges that agreement is not within reach, the United States will withdraw from the deal immediately.”

Israel is not happy with the way this is going and I don’t blame them. “I honestly don’t know how the President can sell Israel down the river like that,” said one Jewish official who routinely engaged with the White House on Iran issues. “It’s bad enough they’re trying to deal with missile threats to their north alone. Now Iran gets a green light to perfect missiles that will one day constitute an existential threat to Israel’s existence?” The only acceptable solution here is a complete ban and even then, the Iranians will not honor it. “A true fix on missiles should align with the Roskam-Cheney bill in the House—total snapback of all sanctions if Iran develops or tests any nuclear capable ballistic missile, period,” Goldberg said, referring to current legislation that would fully outlaw Iran’s missile program. “That’s the gold standard. That’s what the Security Council calls for. Otherwise you’re just negotiating a bad missile deal to supplement a bad nuclear deal.”

Josh Block, a longtime foreign policy professional who serves as the CEO and president of The Israel Project, says that by only focusing on Iran’s long-range missile capability, the Trump administration is leaving Israel open to attack. “We know that the mullah regime already has the capability to strike targets up to 1,240 miles from Iran’s borders—a range sufficient to hit the State of Israel, our Arab allies across the region, every US military installation and American soldier in the region, and even parts of Europe,” said Block, a former Clinton administration official. “Iran’s new ballistic missile cap offer is a total sham—one cooked-up by Iran’s allies in Russia, who are already supporting Tehran and Assad’s violent war to dominate the Middle East—designed to fool President Trump, with the support of greedy Europeans who care more about making money,” Block said.

Iran knows this is probably going south. Iranian President Hassan Rouhani on Tuesday issued a stark warning to President Trump, saying the US would face severe consequences if Trump pulled out of the multination Iran nuclear deal. “I am telling those in the White House that if they do not live up to their commitments … the Iranian government will firmly react,” Rouhani said in a speech in the city of Tabriz, according to Reuters. “If anyone betrays the deal, they should know that they would face severe consequences,” he continued. “Iran is prepared for all possible situations.” Scrap the Iranian nuke deal and bring it then.