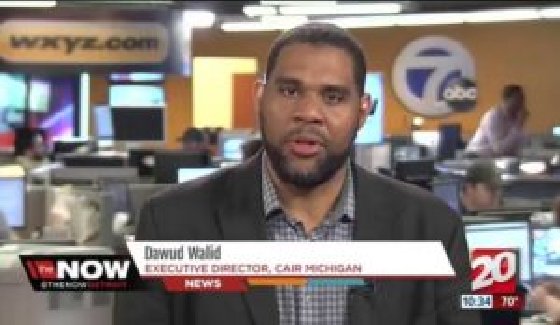 This article includes 27 questions and a point-by-point rebuttal to an editorial written by Dawud Walid, Executive Director of CAIR-MI, entitled Take A Stand Against Anti-Muslim Fearmongering, which was published on April 14, 2018, in Volume 34, Issue 1679(13) of the Arab American News.

Before addressing the comments you made in your editorial, Mr. Walid, as Executive Director of CAIR-Michigan, it should be fair and reasonable to ask you about the background of the organization you represent.

As proven in extensive Federal District Court records (affidavits, documents and testimony), the Council on American Islamic Relations (CAIR) was founded in 1994 as a “nonprofit, grassroots civil rights and advocacy organization” by several individuals with direct ties to Hamas (aka the Islamic Resistance Movement), a Designated Foreign Terrorist Organization since October 08, 1997. In 2014 CAIR was designated as a terrorist group by the United Arab Emirates.

The close affiliations between CAIR and Hamas were further proven during the Holy Land Foundation trial (still the largest counter terrorism trial in American history), which concluded on November 24, 2008 with the convictions of five individuals on 108 counts of providing at least $12 million in material support to Hamas in Palestine.

Despite nearly ten years of legal efforts and PR by CAIR to deny these irrefutable facts, it remains true to this very day that the goals of CAIR remain inextricably entwined with the goals of Hamas, which is still part of the Muslim Brotherhood’s “intellectual school,” while supposedly operating as “an independent Palestinian organization.”

END_OF_DOCUMENT_TOKEN_TO_BE_REPLACED

While still aligned to Putin’s Russia, the Communist Party USA has re-affirmed its loyalty to the world’s most populous communist power – China.

Speaking of China, Bechtell said the CPUSA and the Communist Party of China (CPC) have forged “fraternal” ties.

“And we try to find time to get together and to have bilateral meetings. We also have cooperated on the academic level. But it’s not enough,” Bachtell said, adding that his party would like to see “a higher and closer relationship” with the CPC, including mutual visits…

“I’m sure that there will be plenty of opportunities in the future for us to work together, absolutely,” he said.

Bachtell is confirming here that the Communist Party USA’s loyalty is not to America, but to the world communist movement, still led from Moscow and Beijing.

This has serious implications, because both these countries are currently at war with the United States, in every way short of direct military confrontation. Both are tyrannies. Both support America’s more open enemies such as Iran, North Korea and Islamic terror.

The Communist Party USA was always the party of treason. It still is. 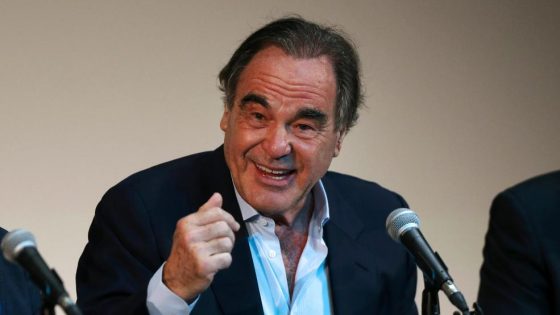 Oliver Stone just went to the Islamic Republic of Iran for the Fajr International Film Festival. While he was in the country where his son converted to Shiite Islam in 2012, he referred to President Trump as the demon “Beezlebub,” more commonly known as “Baal.” He not only pictured Trump as Satan, he also basically called America the Great Satan. The Iranians must have been elated over this.

It’s ironic he would label the US and our President in those terms in a country that is the world’s leading state sponsor of terrorism. A hellish Islamic theocracy that is looking to bring back the Mahdi and bring on an apocalypse. The Mahdi, to many Christians, is the Anti-Christ.

Stone told Iranian reporters at a press conference on Wednesday that while he once compared George W. Bush to John Wayne, a more apt comparison for Trump is “Beelzebub,” another name for Satan. He got that almost right… “Beelzebub” is a demon and guess what? His origins are in the Middle East, right about where Palestine is.

The media of course is praising Stone for his honesty. The Hollywood Reporter said that the radical leftist director is “demonstrating a solid knowledge of regional politics as well as Persian history.” Stone didn’t seem concerned about Iran’s history of promoting terrorism in the region. Instead, he was more than willing to trash American foreign policy in the Middle East and threw in some disparaging comments about France’s Emmanuel Macron, who recently met with Trump, just for the hell of it.

Stone referred to the war in Iraq as a “proxy war.” He also said that US foreign policy since 9/11 is a form of “creative destruction” with the reckless goal of regime change, “no matter how disastrous the invasion of Iraq was.” Perhaps Mr. Stone should move to Tehran and be one with his terrorist buds. He won’t be missed. “We made a mess out of Iraq, Syria, Libya, but it doesn’t matter to the American public,” said Stone. “It’s okay to wreck the Middle East. … It doesn’t matter who is president — Bush, Obama or Trump, the US will break any treaty” to promote its own interests. That is very close to treason in my book.

Stone whined about Trump and Macron wanting to revise the catastrophic Obama-era Iran nuclear deal. He said it shows Macron is a man “without much sense of history or memory of the great traditions of France,” and one who clearly wants to revert back to French colonialism. Stone, a vocal critic of US foreign policy over many decades, accused President Macron of mimicking one of his predecessors Nicolas Sarkozy, who “wants to stand alongside the Americans as a sign of French power.” “This is a return to the colonialism and imperialism of the old France. This is what President De Gaulle swore off with the Algerian War in 1958-9 when he called it quits,” he said.

“Mr. Macron has to learn that he cannot be an imperialist.” He didn’t say Macron should kneel before his Islamic overlords, but he might as well have. President Trump and Macron disagree on the Iranian nuke deal and it looks at present as if Trump will pull us out of it entirely. Good. They did mention a new deal, which I hope and pray does not materialize.

Asked if he would consider producing a film focused on the Islamic State, Stone said that while it’s a “very good idea,” he cited political “blocking forces and controversies” that would try to prevent him from telling the story of ISIS “honestly.” You have got to be freaking kidding me. That’s out there for even Stone. Of course, he has a lot in common with John Kerry, whose daughter married an Iranian as well. And remember, this is the guy who made a movie that tried to lionize the traitor, Edward Snowden.

Stone also addressed the “ridiculous story” that he wanted to make a film in 2007 about then-president Mahmoud Ahmadinejad, but was rejected because the president considered the director a representative of the “Great Satan,” which is how Iranian leaders generally refer to the US.

I wonder if Stone himself has converted? It sure sounds like it. His allegiance seems to be with Iran and not the US these days, that’s for certain. He is now not only a communist, but an Islamist as well. It’s a twofer.

Meanwhile in #Tehran, Oliver Stone goes out for a stroll on Keshavarz Boulevard! #Iran pic.twitter.com/rlFC8uOUTO

Many are stating there is no place to hide. At casual glance, it appears all sectors are crumbling. Yesterday, the must owned technology stocks were again routed at the same time the industrials took a pounding. Last week, the consumer non-durables had great difficulty.

The catalysts are many, but I would focus on two. The first is rising interest rates. The 10-year Treasury is now at the highest level in four years, the result of greater economic activity and perhaps the commencement of QT. The second potential catalyst is earnings. Results have generally met lofty expectations, but as noted last week more is required.

Technology based trading dominates the markets, trading based upon momentum, earnings and interest rates. In many regards, liquidity is virtually absent as speed and cost of execution are viewed as more paramount than market stability mechanisms; mechanisms that are absent because of regulatory fiat.

I reiterate, long held thesis money is now gravitating back to Main Street from Wall Street. In my view, this nascent trend will become more pronounced.

In my view, passive investing has reached its apex. I still cannot comprehend that there are more indices than listed securities. Wow!

The Dow should open moderately lower as the 10-year is clearly over the psychological barrier of 3.0%. The dollar is also strengthening to a three-month high which may suggest American goods may not be as competitive abroad. The 10-year is off 6/32 to yield 3.03%.