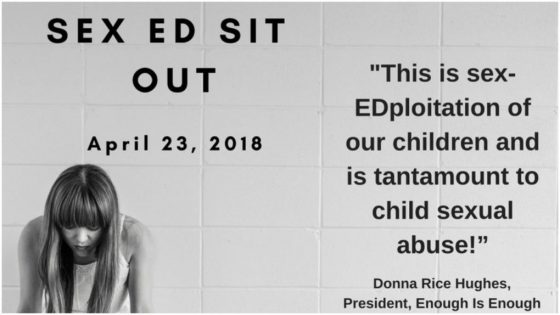 My wife Mary and I were extremely busy in Arizona campaigning to help propel Republican Debbie Lesko to victory in the congressional special election. Praise God, we won!

Finally, parents have begun to say enough with the arrogant leftist craziness going on in public schools; parents’ values circumvented, school boards and administrators overruling parents’ God given right to decide how their children should be raised.

In Texas, pre-k teachers are told to explain homosexuality to 4 year olds and teach them that “gay love is beautiful.” https://bit.ly/2HYfWyp

At the “Sex Ed Sit Out” rally in Vancouver, Canada, Karen Chan exposed SOGI (Sexual Orientation and Gender Identity) laws. If SOGI is implemented in public schools, LGBTQ indoctrination will be included in all subjects and all grades. Parents will not be permitted to opt out their children.

All school administrators, teachers, support staff, students and even parents are ordered to use gender neutral language. They are also required to reprimand anyone caught breaking this policy. Anyone questioning SOGI will be investigated and suffer consequences. SOGI big-brother operatives will be in schools monitoring what you say, how you behave, your emotions, your expressions and your attitude.

Students suffering with gender confusion will be affirmed, barred from receiving therapy. Students will be allowed to use dressing rooms and rest rooms of their opposite biological sex simply by saying they “self-identify”. SOGI teaches gender fluid ideology. So a boy can use the girl’s rest room today and the boy’s tomorrow – depending on which gender he identifies with that day. Boys are permitted to share overnight accommodations with girls. Parents fearful of SOGI’s tyranny are branded hateful and homophobic. https://bit.ly/2JrconI

In the few years since SCOTUS twisted the Constitution https://bit.ly/1LtXVVs to declare same sex marriage the law of the land, LGBTQ activists are behaving like tyrannical dictators; terrorizing Americans into submission. SOGI laws threaten our freedom. https://bit.ly/2to4pEN

A homosexual lawyer in Delaware is pushing legislation to allow students in schools to identify with whatever race or gender they choose without parental notification. If passed, schools will help students change their sex without parental knowledge. https://bit.ly/2Fhwyya

In Ohio, Judge Sylvia Hendon ordered a child removed from her parents’ home because the parents disapproved of their daughter taking non-FDA approved drugs for a sex change. https://bit.ly/2Fhwyya

Not only does the SOGI curriculum teach students that changing their gender is heroic and good, students are taught that anyone opposing their sex change is mean and bigoted. https://bit.ly/2FepJgR Folks, this is nuts!

But how did we get here so quickly after SCOTUS redefined marriage? In the early 1990s, LGBT activists and experts on public persuasion Marshall Kirk and Hunter Madsen published their book, “After the Ball”. Kirk and Madsen’s book served as the marketing manifesto to normalize LGBTQ lifestyles and demonize all opposition. https://bit.ly/2Hsq1Xc

The “Sex Ed Sit Out” national parent’s protest is a wonderful start. I am elated that parents are finally waking up and smelling LGBTQ activists’ iron-fist dictatorial behavior.

A great general fighting on the front line for our kids is The Activist Mommy, Elizabeth Johnston. Elizabeth has been sounding the alarm, “They are coming for our children!” Elizabeth boldly tells “mama bears” to rise up and take their kids back from social Markists and transgender activists’ subversive agenda.

You can help by liking Elizabeth’s facebook page, be her friend and share her video https://bit.ly/2Fhwyya with hashtag #HandsOffOurKids 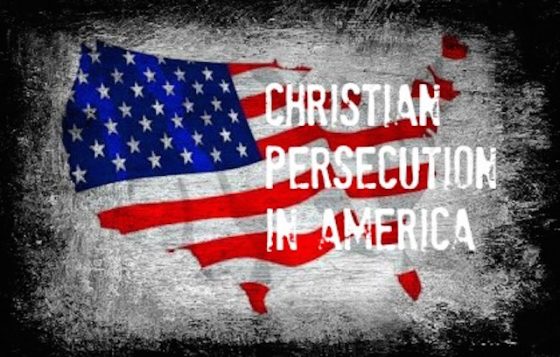 For crying out loud Lloyd, another article about how the LGBTQ movement seeks to ban Christianity? Folks, I keep talking about this because too many fellow Christians still don’t get it.

California pro-LGBTQ Assembly Bill 2943 threatens free speech and freedom of religion for Christians. It uses the state’s consumer fraud statute to make it illegal to “distribute resources, sell books, offer counseling services, or direct someone to a biblically based model for getting help with gender confusion and homosexuality.” https://bit.ly/2HjbMnH

Meanwhile, Christians believe the LGBTQ movement’s lie that they only seek Christian love and acceptance. The truth is the LGBTQ movement seeks to bury Christianity; bullying us into silence and extinction. Christians have told me to stop posting my articles about LGBTQ aggression on their facebook pages. A Christian told me not to post articles on their facebook page about Planned Parenthood illegally trafficking aborted baby body parts. https://bit.ly/2HhRPxn

Some Christians want to remain neutral on political/cultural issues for business and various other reasons. Folks, I would never arrogantly tell adults how to run their lives or facebook pages. What concerns me is Christians who still do not understand what we are up against and Christians who have embraced leftists’ agendas believing it’s what Jesus would do.

It bothers me that Christians allow themselves to be bullied into not speaking biblical truths and commonsense in America today. Growing up in the mean tough projects in Baltimore, I learned early that you never surrender ground to bullies.

Leftists worldwide portray Israelis as villains, claiming Israel refuses to negotiate peace with the Palestinians. The goal of the Palestinians is to drive Israelis into the sea. So how do you find common ground to negotiate peace with people who want you dead? Christians are dealing with the same scenario with the LGBTQ movement. Using their bogus victim status, LGBTQ activists are using every weapon in their arsenal to punish, humiliate and destroy Christians; ultimately wiping Christianity off the planet.

A lesbian dressed like a clergy “man” attended my stepmother’s funeral. The lesbian was unknown to our family. Everyone was kind and polite to her. The loving Christian thing to do is to help this gender confused woman find peace in being the woman God made her to be. Outrageously, leftists have made it illegal in some states to compassionately share Christ’s love with this troubled woman. Incredible.

An extremely effective tactic of leftists to force their agendas down the throats of the masses is to portray themselves as victims. This has caused me to roll-my-eyes when duped Christians lecture me about being more understanding of Black Lives Matter and the LGBTQ movement.

Black Lives Matter is an awful evil hate group funded by evil George Soros and groups that hate America. https://bit.ly/2HNUjTR These evil people promote the hate-generating and racial divisive lie that blacks are mistreated and are suffering in America. The truth is America is the greatest land of opportunity on the planet for all who choose to go for it. End of subject. Now, can we please move on?

Deceived decent Americans think they are doing the right thing by not in anyway opposing Black Lives Matter and the LGBTQ movement. Meanwhile, Black Lives Matter is aggressively engaged in punishing southerners, beating up Trump voters https://bit.ly/2doHQqm , dragging down historical monuments, assassinating police officers https://bit.ly/2HPaP5Z and teaching white kids to hate themselves for being born white. https://dailym.ai/29AwJVZ Folks, teaching innocent kids to hate who God made them to be is pure evil.

Equally aggressively tyrannical is the LGBTQ movement which is steamrolling across our country flattening anyone who has ever expressed anything other than enthusiastic approval of redefining marriage.

Notice how punishing the Benham brothers trumped providing homes for needy families. This is why it is repulsive hearing fake news media furthering the lie that leftists have superior compassion for minorities and the poor.

Most disturbing is how we have allowed LGBTQ activists to totally hijack public education, placing LGBTQ lessons above reading writing and arithmetic. https://bit.ly/2HnMHE1

LGBTQ activists forced Mozilla CEO Brendan Eich to resign upon discovering that Eich donated $1,000 to California’s Proposition 8 which defined marriage as between one man and one woman; God’s definition of marriage. https://washex.am/2HOOzJk So much for leftists being tolerant of other points of view. Meanwhile, the masses who are minding their own business, living their lives, are relentlessly scolded by duped Americans and leftists for not being submissive enough to the LGBTQ movement.

Deception is a powerful tool to control people. Jews at Auschwitz passively marched into gas chambers to their deaths because the Nazis deceived them into believing they were being taken to take showers. https://bit.ly/2n3n8Rd Christians are passively allowing LGBTQ activists to steal the hearts and minds of their children https://bit.ly/2HR94oK , drive followers of Christ out-of-business https://bit.ly/2vDaYEA and threaten pastors with jail-time for quoting the Bible. https://fxn.ws/2daopOV Deceived by the LGBTQ movement, Christians are passively marching to the death of Christianity.

But wait: according to God’s Word, we win in the end!

Research professor and author Dr. Judith Reisman discusses the Marxist Sexual Revolution which now incorporates child sex rings for the pleasure of pedophiles in Hollywood and elsewhere and remains largely uninvestigated by the authorities: “These rings exist. It’s time to investigate this.” Dr. Reisman discusses the history of this movement, and how Alfred Kinsey, the father of human sexuality education, was a pervert who knowingly used data from a Nazi pedophile. Today, the Kinsey Institute, working with the United Nations, continues this assault on our Judeo-Christian heritage. But people are fighting back through such movements as the Sex Ed Sit Out, in order to stop the sexualization of children, and a group investigating You Tube for its violent and sexual content. 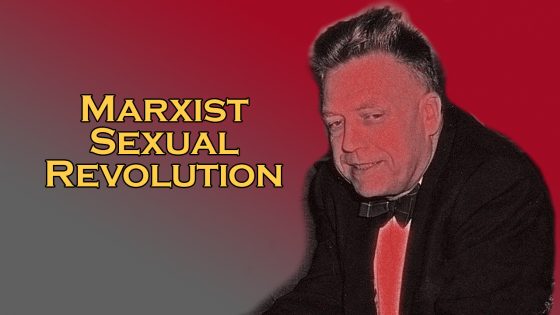