There is a crisis going on at the California border check point where an estimated 200 migrants are attempting to gain entry into the United States by using all tactics stressing our resources and laws. 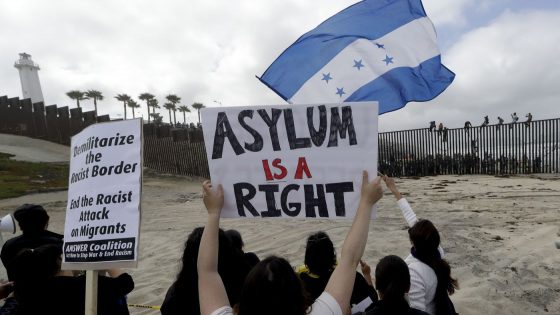 So, the big question is if these people are desperate to leave their home countries out of fear, crime and corruption, then why have they not visited our embassies in their home countries? They just fled. People fleeing to the United States must and do travel through Mexico. So, where is the humanitarian policy of Mexico to accept these desperate people?

A large number of people attempting to enter the United States come from a handful of countries in Central America such as Guatemala, El Salvador, Honduras and Nicaragua. So, let us examine Honduras as an example. for a summary of the crime and threat assessment in Honduras, go here. 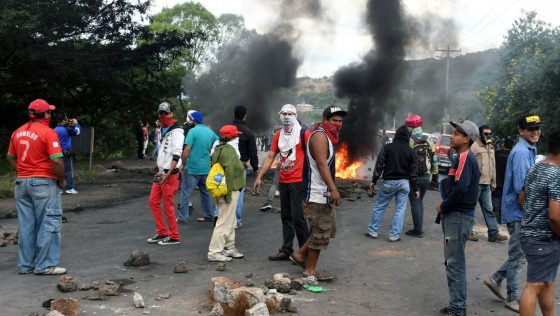 In 2009, Obama cut $200 million in non-humanitarian aid to Honduras. The United States must address stabilizing these countries, rather than allowing their failures and exporting the problem(s) to the United States.

Honduras, one of Latin America’s poorest nations, strives to improve its economic and democratic development with U.S. assistance. The United States has historically been the largest bilateral donor to Honduras. U.S. Agency for International Development (USAID) programs target a variety of sectors including education, health, economic policy, microenterprise, environmental conservation, food security, municipal development, and justice sector reform. USAID has provided more than $3 billion in economic and social development assistance to the Honduran people since it began working in the country in 1961. Currently, programs focus on addressing the main push factors of migration by improving citizen security, reducing extreme poverty, and improving public administration through transparency and accountability reforms. To achieve these objectives, USAID’s efforts address citizen security through community-based crime prevention activities, with a focus on the highest crime neighborhoods and those youth who are most at-risk. Additionally, USAID strengthens local and national governance, as well as civil society monitoring and watchdog organizations; helps the poorest sectors of society increase food security and incomes; supports the sustainable management of natural resources; expands quality basic education and workplace and life-skills training; and improves the quality and participation of local citizens and civil society in decentralized basic services.

In 2017, the U.S. Department of Commerce will be dedicating $1.5 million for a customs and border management program focused on improving trade into Honduras and others parts of Central America. The U.S. Department of Agriculture provided $47 million in 2015-2016 for its two programs that deliver school meals to 53,000 students and increase agricultural productivity and trade.

The United States Armed Forces maintain a small presence at a Honduran military base. U.S. forces conduct and provide logistical support for a variety of bilateral and multilateral exercises–medical, engineering, counternarcotics, and disaster relief–for the benefit of the Honduran people and their Central American neighbors. Through the Central America Regional Security Initiative, the United States supports the Government of Honduras by assisting law enforcement entities in disrupting criminal networks; building investigative, prosecutorial, and judicial capacity; and implementing violence prevention programs for vulnerable communities.

In June 2005, Honduras became the first country in the hemisphere to sign a Millennium Challenge Corporation (MCC) Compact with the U.S. Government. Under the Compact, the U.S. Millennium Challenge Corporation invested $205 million over 5 years to help Honduras improve its road infrastructure, diversify its agriculture, and transport its products to market. In 2013, Honduras received a $15.6 million MCC Threshold Agreement to support Honduran efforts to improve public financial management and create more effective and transparent public-private partnerships.

The State Department website for the embassy in Honduras explains that in order to obtain a visa, the applicant must establish they meet all requirements to receive a visa. The website even includes a ‘visa wizard’ that aids in the application process to determine the specific visa that best fits the case.

There is a fraud unit at all embassies and if fraud is committed during in the visa process, benefits are lost, fines are applied and a jail sentence can be applied.

There is yet another requirement for travel and approval to enter the United States, vaccines.

They include: mumps, measles, rubella, polio, tetanus and diphtheria, pertussis, Haemophilus influenzae/type B, hepatitis A and B, rotavirus, meningococcal disease, varicella, pneumococcal disease, and seasonal influenza.

So, given just the vaccine requirements, detention in either Mexico or the United States for those attempting to enter the United States is warranted. The cost however of medical examinations and detention is significant and government agencies cannot estimate those costs to the taxpayer.

Now, here is something quite curious:

Who is a refugee?

According to the 1951 United Nations Refugee Convention, a refugee is defined as someone who “owing to a well-founded fear of being persecuted for reasons of race, religion, nationality, membership of a particular social group, or political opinion, is outside the country of his nationality, and is unable to or, owing to such fear, is unwilling to avail himself of the protection of that country…”

What are the top countries of origin and asylum*?

* Countries are listed in order from greatest to least number of refugees as of Dec 2010.

Statistics on International Refugees and US Domestic Refugee Admissions:

The U.S. has projected a refugee resettlement ceiling of 76,000 individuals for FY 2012.
Source: Presidential Determination No. 2011-17: FY 2012 Refugee Admissions Numbers

The goal of the IRMH Branch within the Division of Global Migration and Quarantine is to promote and improve the health of immigrants, refugees, and migrants and prevent the importation of infectious diseases and other conditions of public health significance into the U.S. by these groups. To accomplish this goal the IRMH branch plays a significant role in refugee health, both overseas and domestically.

To accomplish its goals in refugee health, IRMH works with many external partners: The Gun Ban folk are forever railing against this kind of gun or that kind of gun. They already lost the war about my being able to own a gun for self defense in all 50 States and D.C. They have been forced to accept that the Second Amendment defines an individual right which cannot be infringed The fight now is to reduce the effectiveness of the tools at my disposal.

We have recently come back to magazine capacity, and the perpetual whine “you don’t NEED x number of rounds for self defense” The number of rounds is always less than the current standard size magazine. There is no logic or science behind whatever number they pick, so long as it creates a problem for Constitutional Gun Owners. Naturally there is always an exception for law enforcement, what I call “the magic police”.

Magic Police is not a slam on the hardworking OATH KEEPING members of American Law Enforcement, but a statement on how the Progressive Left hold police on some pedestal (Until The Narrative says other) being uber-skilled with firearms, proficient on a level the rest of us mere mortals could never attain. The reality is that they are people doing a job. There are good cops and bad cops, intelligent cops and dullard cops, virtuous cops and villainous cops and everything in between. Some Officers are Olympic quality shooters while some barely qualify. These same things are true of Constitutional Gun owners (CGO)they run the whole spectrum. The concept that all Police are perfect is disingenuous to the Police themselves if no one else.

One thing the gun controllers do not want you to consider is why the police carry weapons in the first place; for THEIR OWN PROTECTION. Sure, when you call them they will do their best and no doubt risk their lives to get you to safety while training their weapons on the threat, but the reality is that they carry for personal self defence just like I do.

To that end, through years of experience and testing Police Departments have settled on a selection of different weapons for the variety of situations that officers may be called upon to face. I live in a town of about 1500 people, and very little crime. Our police force consists of two cars and a handful of officers. Each car is outfitted with an AR-15 with additional magazines and a shotgun. Each officer is issued a semi auto side arm with additional magazines. All of the magazines are above 10 rounds. What this tells me, is that an appropriate arsenal for self defence of my person and property should include a side arm, a semi auto rifle, and a shotgun. Clearly, the standard size magazines and more than one are also the preferable solution. No armed confrontation ever ended better because the police carried LESS rounds

The natural argument back is that Police by virtue of their job respond to dangerous situations and it is not the job of Civilians to do that nor should they get involved. I agree wholeheartedly, HOWEVER this is another thing the Gun Banners don’t want you to consider; before the Police got called, some member of the public was already facing the problem which is why they called for help in the first place. If the situation is so dangerous that the police need to draw weapons when they get there, it was dangerous enough for the citizen to have needed to be armed.

When it comes to what kind of gun or how many rounds I can have? I want the Cop’s guns!

Controversy erupts in Michigan gubernatorial race as barbs are traded over sharia law.