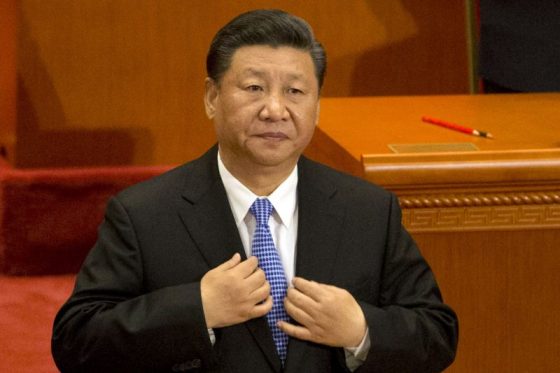 Chinese President Xi Jinping celebrated the birthday of Marxism by paying tribute to Karl Marx as “the greatest thinker of modern times” in a speech today seen as part of an effort so solidify his power against domestic critics. He hardly needs to do so. He is basically dictator for life now in China and rules with an iron fist. Between control of the military, social media and the implementation of things such as social credit scores, Xi is clamping down on China big time. He is implementing communism in all its brutish infamy.

Xi’s address at the Great Hall of the People in central Beijing was one of a series of events in China marking the bicentennial of Marx’s birth in 1818 in Germany. May 1st marked communist May Day in China and was celebrated across the nation. For those thinking that China is not truly communist and some odd mixture of Marxism and capitalism, let me disabuse you of that fallacy. It is communism and Xi wields all the power of Mao. And he’s just as brutal.

“We must win the advantages, win the initiative, and win the future. We must continuously improve the ability to use Marxism to analyze and solve practical problems,” Xi said beneath a massive portrait of the white-bearded Marx on a stage bedecked with scarlet and gold curtains. That is the ultimate place of honor for the communist. “Today, we commemorate Marx in order to pay tribute to the greatest thinker in the history of mankind and also to declare our firm belief in the scientific truth of Marxism,” he said. 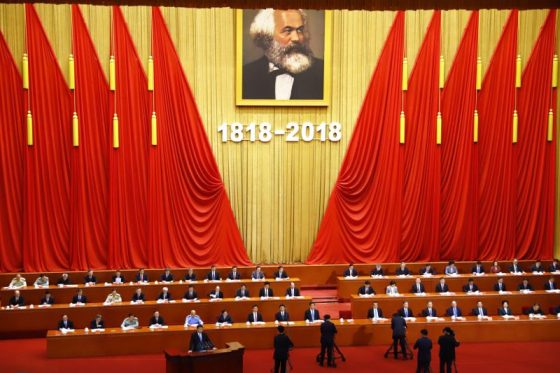 Xi controls the Communist Party in China now and his detractors who are unhappy with him eliminating term limits are likely to find out the hard way that he is an emperor for all intents and purposes and his enemies are truly expendable. Xi is also general secretary of the ruling Communist Party, an official that is also not term-limited.

Marx’s work became the inspiration for communism, an ideology that aims for shared ownership of the means of production and the absence of social classes. It is idealized by the left. What it truly entails is subjugation of the masses. Wealth is only for a chosen few and freedom does not exist. China launched market reforms three decades ago, but the Communist Party keeps an iron grip on power. It is a sham… a Kabuki theater dance the West is all too willing to believe and romanticize. They won’t feel that way when war comes. Xi intends to rule the world, not only militarily, but through natural resources, economically, digitally, through artificial intelligence and any other way that matters.

The White House warned Beijing on Thursday that there will be consequences for its growing militarization in the South China Sea, following reports of missiles being deployed to three of the country’s outposts in the disputed region. They have already created islands that are fully militarized that will control international shipping channels and are strategically placed for military purposes.

U.S. intelligence assessed that there is a high probability the Chinese military had deployed anti-ship and anti-aircraft missiles to three artificial islands during recent military drills on the contested sea. The move would mark the first reported Chinese missile deployment in the Spratly Islands, a series of small inlets and reefs that Beijing has slowly built into militarized, artificial islands to reinforce its claims. CNBC first reported the Chinese military had deployed the weapons systems to Subi Reef, Fiery Cross Reef and Mischief Reef, west of the Philippines, on Thursday, quoting a source with knowledge of U.S. intelligence reports. According to CNBC, the YJ-12B anti-ship missiles would be able to strike ships up to 295 nautical miles away from the artificial islands.

Chinese Foreign Ministry spokeswoman Hua Chunying said on Friday the deployment of “necessary national defense facilities” to the artificial islands were within China’s rights. “It has nothing to do with militarization,” she told reporters at her daily press briefing. “The U.S. constantly strengthens its military deployment in the South China Sea … they should consider the consequence of this. We think the U.S. should reflect on its wrong doing.” She said on Thursday China has “indisputable sovereignty” over the contested islands.

China’s steady military buildup on the islands is reaching a “point of no return,” Collin Koh, research fellow at the S. Rajaratnam School of International Studies’ Maritime Security Program, told CNN. “There is no way we can reverse all these ongoing additions, it will be up to China. They will decide whether they will deploy these systems or withdraw these systems. All we can do is manage it,” Koh said. The missile deployments are just the latest example of Beijing tightening its hold on the South China Sea in recent years, as the world’s attention focused farther north, on the Korean Peninsula. China’s “forward operating bases” now appear complete. The only thing lacking are the deployed forces. North Korea is a designed distraction. 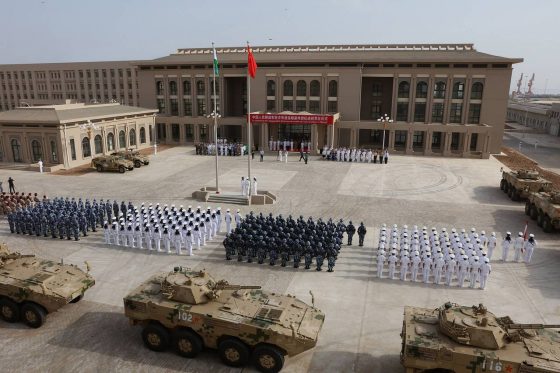 Chinese military personnel are targeting American flight crews in the skies over the east African nation of Djibouti using a high-powered laser in what amounts to a new show of Chinese harassment of the U.S. military at a time of heightened tensions between the nations, according to Pentagon officials. Theese incidents bolster longstanding U.S. concerns about China’s decision to establish its first overseas military outpost close to the largest U.S. military base in Africa.

“These incidents are not surprising as they represent an act just short of war, but indicate gross, intentional negligence, as well as complete disregard for aviation safety and international norms,” said Trey Meeks, a principal at the Asia Group research firm. Meeks, a former pilot and Air Force colonel, had a previous assignment at U.S. Pacific Command. “I would certainly view it as harassment.”

There have been four incidents over the past several weeks at Djibouti, military officials said. Three involved the use of a military-grade laser that appeared to be coming from or near a logistics area of the Chinese base, those officials said. A fourth incident, as recently as two weeks ago, didn’t employ a military-grade device and appeared to come from a different location, but officials declined to specify where.

In one of the most recent, two American service members piloting a C-130 turboprop experienced minor eye injuries after being exposed to the laser beam, according to a Pentagon official. The pilots experienced dizziness and seeing “rings” after the incidents, and they are recovering, the official said.

Military officials also confirmed that there have been an undisclosed number of incidents involving lasers within U.S. Pacific Command, which encompasses the Pacific and Asia, where the U.S. and Chinese militaries have frequent encounters. But one official said that those laser incidents, while under investigation, haven’t been formally blamed on the Chinese.

Lasers are often used by saboteurs at commercial airports to distract or temporarily blind civilian jet pilots, typically as they are landing a plane and the potential for accidents is high, experts have said.

Devices that project laser beams have legitimate military uses, such as to help designate targets for aircraft, as target sights for hand-held weapons, or to temporarily blind advancing enemy troops in combat.

The military issued an internal notice, posted on the Federal Aviation Administration website, to warn pilots of the potential risks, referring last month to the laser used as “high-powered” and urging pilots to use “extreme caution.”

“The U.S. has notified airmen to exercise caution when flying in certain areas in Djibouti,” said Maj. Sheryll Klinkel, a Pentagon spokeswoman. “This notice was issued due to lasers being directed at U.S. aircraft on a small number of separate occasions over the last few weeks.”

“Lasers pointed at aircraft have the potential to cause serious harm to the aircrew and the surrounding area,” she said.

The attacks likely came from a nearby Chinese base. “The grade of the lasers are of military grade,” Maj. Klinkel said. “The reports by the pilots were that they came from the direction of the Chinese base nearby.” “Multiple intelligence sources report that China’s People’s Liberation Army Navy (PLAN) is suspected of operating a high-power lasing weapon at the base or on a ship offshore,” said a report in IHS Jane’s Defence Weekly. Lasers were used by the Soviet military during the Cold War to temporarily blind US pilots as well.

While Xi is honoring Marx, the Chinese military is attacking the U.S. with cyber warfare, lasers, hacking and intimidating us every chance they get. Communism and freedom are incompatible… sooner or later the U.S. and China will face off and things are seriously beginning to heat up.