Ah yes, those pesky apps found on iTunes and Google Play, funded by George Soros. This app helps illegal immigrants avoid federal immigration authorities. The group behind this scheme is United We Dream and guess what? That organization receives taxpayer funding. Uh huh… 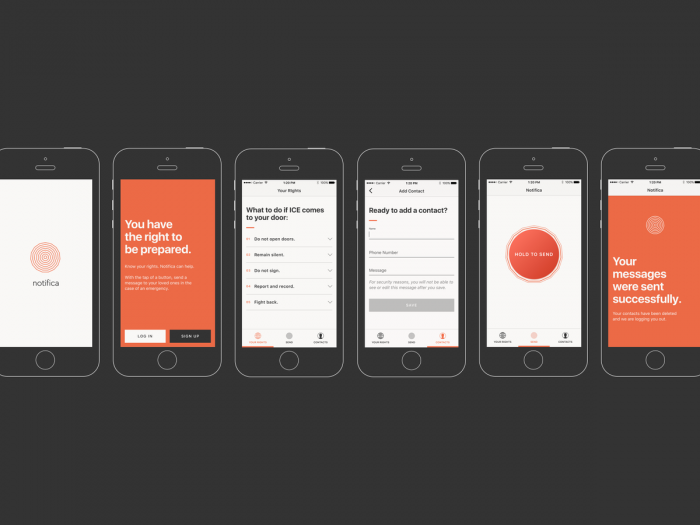 Notifica is a project of United We Dream

United We Dream is the largest immigrant youth-led network in the country. With over half a million members, we advocate for the justice and dignity for all immigrants. Notifica was made thanks to the knowledge of immigrant youth organizing, and a generous partnership with Huge and Matter Supply, full service design/digital agencies

Notifica, is a new app that will act as a panic button for undocumented immigrants who are detained by Immigration and Customs Enforcement (ICE), Wired reports.

To help immigrants who have been detained, the organization United We Dream, which is led by young immigrants, and digital agency Huge developed the Notifica app. When immigrants are detained by ICE their families and loved ones might not even know what happened, but Notifica aims to change that.

“You have the right to be prepared,” says the app’s site. “Be prepared with Notifica, an app that sends out secure messages to your support network when you need it most.”

How The Notifica App Works

With Notifica, users can select contacts they want to notify in case they are taken by ICE. The app allows users to set up a personalized notification to each recipient, for example, a message to your mom or sibling would be different than the one you send to your attorney. After you write the preloaded messages, others will not have access to them and will not be able to read them. There is also a pin that seals off the messages in case your device is lost or stolen.

If the user is taken by ICE, a single click will send all messages via text in less than two seconds. Huge has also launched a phone hotline for those who don’t have a phone in reach but may be able to make a call afterwards. More here.

A division of the Justice Department awarded at least $206,453 to the National Immigration Law Center, which advises illegal immigrants on their rights, according to records obtained by Judicial Watch.

The Office of Justice Programs awarded the grants between fiscal years 2008 and 2010, the records cited by the conservative government watchdog group show. That would overlap the administrations of both Presidents George W. Bush and Barack Obama.

One of the projects of the National Immigration Law Center is United We Dream, which describes itself as a youth program for “undocumented” immigrants.

The Laredo Morning Times quoted Adrian Reyna, director of membership and technology strategies for United We Dream, as saying that “when something actually happens, most people don’t know what to do at that moment.”

The Texas newspaper also reported that United We Dream is working on a second version of Notifica that will include the ability to use more languages besides Spanish and English.

The second version, set to be released this summer, would include Vietnamese, Korean, and Chinese. The updated app also will be able to determine where an illegal immigrant is being detained, the newspaper reported.

United We Dream pushes to give legal status to so-called Dreamers, illegal immigrants brought to the United States when they were children. The organization, which has a hotline, advises illegal immigrants against cooperating with agents from U.S. Immigration and Customs Enforcement.

In a press release, the group says: “United We Dream calls on our communities to defend their rights, not open the door to ICE, and to report ICE activities to the United We Dream MigraWatch hotline.”

The April release adds: “United We Dream has also developed the mobile app, Notifica, which immediately alerts your loved ones and legal advocates to the user’s location in cases of detention. Text ‘Notifica’ to 877-877 for a link for download.”

The Soros-backed Open Societies Foundations don’t have a direct role in the app, but doesn’t find it objectionable, said Angela Kelley, the senior strategic adviser on immigration at the Open Society Foundations.