The allegations are that certain former Obama officials were part of a discredit operation by Donald Trump. Hmm, perhaps… but who has been fully discredited that anyone seems to know or care about? 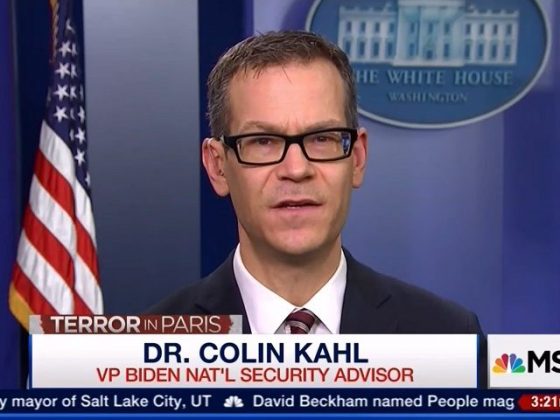 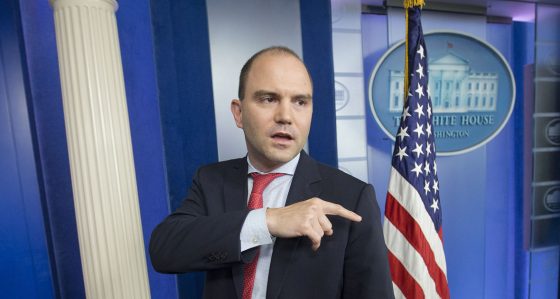 The Observer did not name any Trump officials or the private Israeli intelligence firm said to be involved in the plot, which was allegedly hatched when “Trump’s team contacted investigators days after Trump visited Tel Aviv a year ago,” according to the report. The plan was to “get dirt” on Rhodes and Kahl “as part of an elaborate attempt to discredit the deal,” The Observer said. Trump has suggested he will not recertify that Iran is complying with the pact when it comes up for renewal May 12. (The U.K., Russia, France and Germany also signed the deal.)

Veteran Washington foreign affairs journalist Laura Rozen told Newsweek that Kahl showed her the first email his wife got from the person, who identified herself as “Adriana Gavrilov from Reuben Capital Partners.” Rozen said she recognized Reuben Capital from a New Yorker story by Ronan Farrow that described it as a cover for Black Cube, a private Israeli spy firm reportedly hired by Hollywood mogul Harvey Weinstein to dig up dirt on the women who accused him of sexual misconduct, harassment, assault or rape.

Farrow reported Sunday on another attempt linked to Black Cube: In 2017, Rhodes’s wife, a former State Department official, received a proposal from a London-based film company called Shell Productions for a movie that would follow the personal lives of “government officials in the positions that determine war and peace” during times of geopolitical crisis, including “nuclear negotiations with a hostile nation.” She said she found the pitch “bizarre” and never responded. Farrow said two sources told him the proposal originated with Black Cube.

A former deputy assistant to president Barack Obama and national security adviser to vice president Joe Biden responded on Twitter Sunday night to reports he was targeted by the private Israeli security firm Black Cube in an attempt to discredit the 2015 Iran nuclear deal.

Lots of new details in this new @RonanFarrow piece. https://t.co/T2ERbnYSMu

Aides to US President Donald Trump hired Black Cube to conduct an undercover campaign in order to smear Colin Kahl and Obama’s deputy national security adviser Ben Rhodes, according to a report published in the British newspaper The Observer on Saturday.

The New Yorker reported that during the summer of 2017, Black Cube agents used aliases and shell companies in an attempt to solicit information from Rhodes’s and Kahl’s wives, as well as from reporters and Iran experts who had been in contact with Obama-era officials.

Trita Parsi, a well-known expert on Iranian politics and foreign policy, said he was contacted by a Black Cube agent who claimed to be a reporter. The agent pressed Parsi for information on whether Obama officials had benefited financially from the nuclear agreement. Black Cube secretly recorded the conversation, a transcript of which was obtained by The New Yorker.

Black Cube is made up of agents “trained in Israel’s elite military and governmental intelligence units,” according to the company’s website. The same firm was hired by Hollywood producer Harvey Weinstein to discredit the women who accused him of sexual harassment and reporters who were covering the story.

The company denied that it targeted Rhodes, Kahl and others. “Black Cube has no relation whatsoever to the Trump administration, to Trump aides, to anyone close to the administration or to the Iran Nuclear deal,” it said in a statement. “Anyone who claims otherwise is misleading their readers and viewers.”

A Black Cube source told The Jerusalem Post its employees did not know Kahl.